Apple Launches Credit Card, What Does It Mean for Crypto? 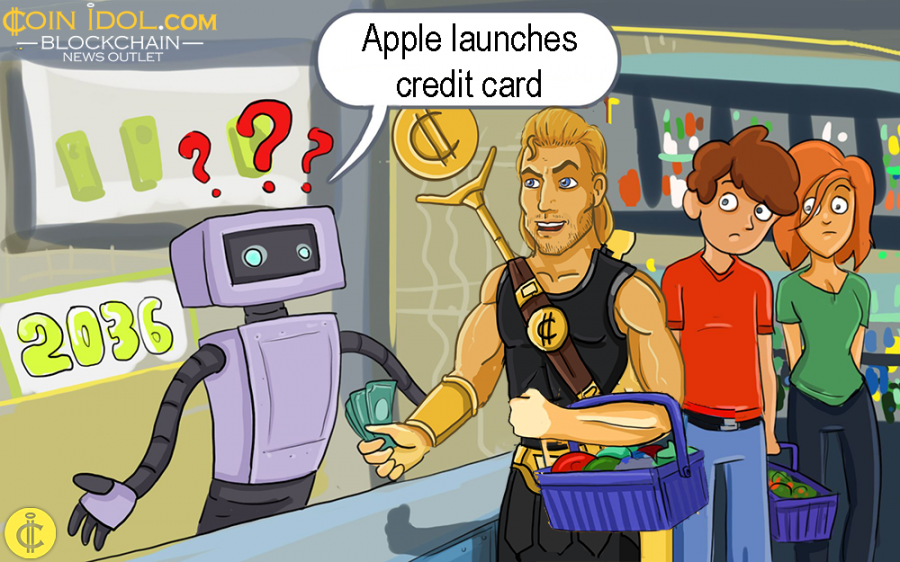 The U.S. technology giant, in partnership with MasterCard and Goldman Sachs, has announced its new product known as Apple Card, which is largely a digital credit card and will be ready to start working in summer of this year. The card is created for convenience and to help the company’s customers gradually appreciate the concept of crypto currency and other financial payment forms.

“It will have no international fees or over-limit fees, and, perhaps most notably, no fees for missing a payment,” the company’s representative said.

Analysts have identified that the card doesn’t include the archetypal posted digits or security code. It includes a benefit plan where the user gets a 2% cash back when he/she uses Apple Pay and around 3% on any purchase conducted through the App Store or iTunes.

3) Eventually use crypto as infrastructure

4) Be DOA/backward looking due to legacy $ rails

There are reinforced security measures, for instance, the two-factor authentication which includes scanning user’s face or fingerprint.

Threat to Other Credit Cards?

Apart from Apple Card feasibly encouraging the adoption of more mobile payment alternatives such as crypto, the company could in the future add virtual currencies and tokens directly to its wallet app.

Apple has it’s own credit card partnering with GoldmanSachs, and adding new incentives.

Apple Pay is on a whole new level.

Samsung is exploring crypto on their phones. . . Questioning whether Apple will add a bitcoin option like Square. That movement would be enormous.
— rallyqt (@rallyqt) March 26, 2019

If not, it could launch its own coin, according to the senior analyst Luke Martin, it appears that Apple launching its private coin is a small step for the technology company, since it already owns a digital wallet and other payment services.

I wonder how long it will take for @Apple to announce their coin. With a wallet already installed on every person's phone and phones being a method of payment in many countries already - seems like a better fit than Facebook Coin. https://t.co/hp22t3597U
— Luke Martin (@VentureCoinist) March 25, 2019

The cryptocurrency industry has experimented in the credit and payment cards field in different forms. In January this year, a crypto exchange Binance declared its full support of credit cards on its platform. Similarly, Wirex advertises Bitcoin (BTC) payment cards. BitPay integrate BTC spending in a credit card setup.