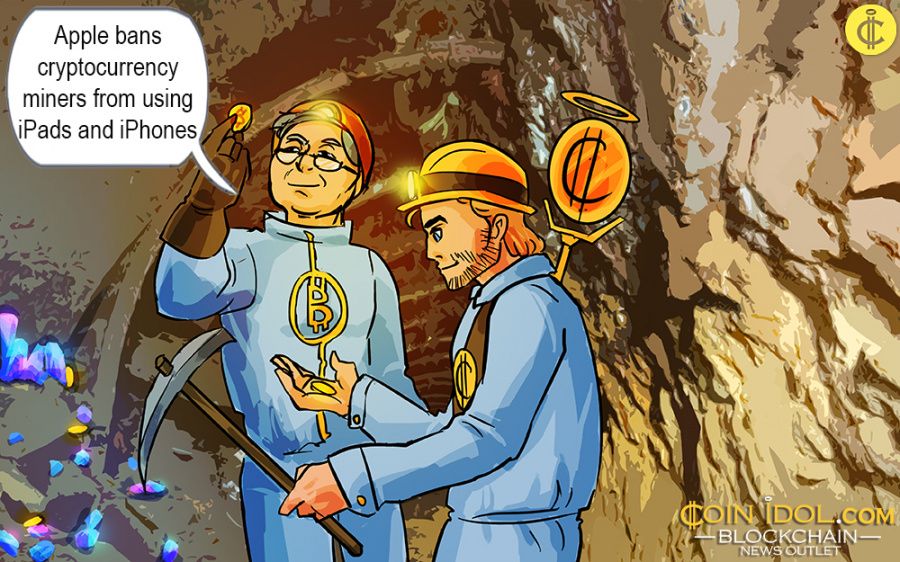 Apple has taken a step to disallow people to use their gadgets to carry out cryptocurrencies mining by updating it's developer guidelines to forbid such activities and operations.

Cupertino's current dev rules coerce apps that drain the battery, cause the gadgets to heat up excessively and put superfluous strain on an ipad's or iphone's resources.

"Apps should not rapidly drain battery, generate excessive heat,  or put unnecessary strain on device resources. Apps, including any third party advertisements displayed within them, may not run unrelated background processes, such as Cryptocurrency mining, " Apple said.

Anyone attempting to violate apple's target by filling their apps with miners in order to acquire extra income may face it tough with Apple or their apps jerked from the App Store.

The rouse action looks a bit obsolete to some as the processing grunt wanted to crunch the calculations created to generate or mine cryptocurrencies such as Bitcoin are over the power levels of the iphone x's All Bionic chip. The gadget used to consume a lot of power and time to generate a Bitcoin that would pose so many questions to the investment.

Various Apps that are related to cryptocurrencies like Bitcoin wallets and the accessing of exchanges will be accepted on iphones and ipads which shows that Apple is not chilling on the matters of inrushing interest in cryptocurrencies.

All Initial Coin Offerings (ICOs) plus other investments in digital money will come from the set banks and trusted securities firms and other recognised financial institutions.

No apps will be accepted to give cryptocurrency in exchange for allowing them have tasks done like downloading additional apps or posting on social networks.

Since the value of Bitcoin looks to be falling, this might be a nice idea to fully keep away from such cryptominers and all trading platforms.

The performance of iphones has been lowering over time, and by limiting apps which would lead to damage themselves seems not to be the worst move by Tim Cook's crew. Apple has tried it's best to highly strengthen it app ecosystem adding concrete to the system.