Another Bitcoin ETF Suspended: How Long Must We Wait? 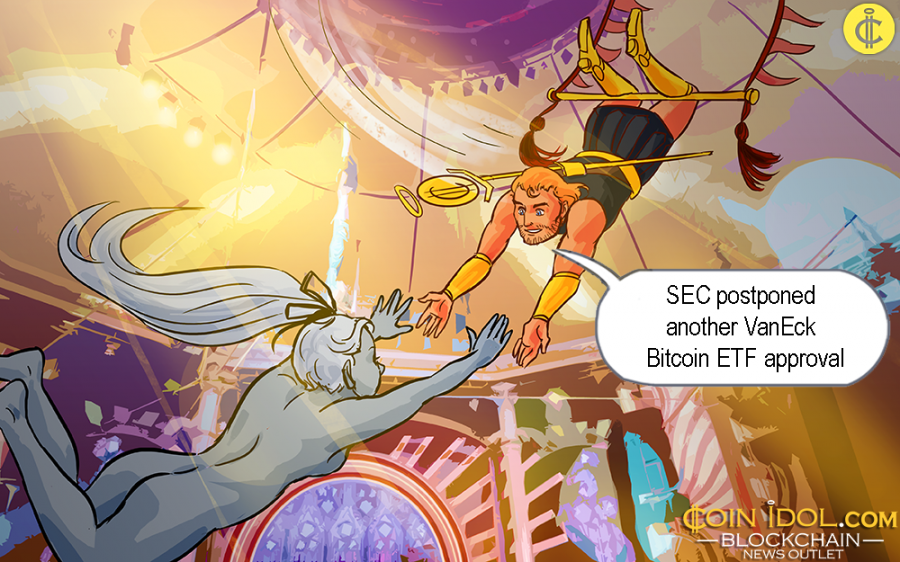 The United States (US) Securities and Exchange Commission (SEC) postponed another VanEck Bitcoin ETF approval, as per an authorized SEC filing on Monday. The US SEC, one of the agencies in charge of implementing federal securities law, as well as regulating the securities sector, stock and exchanges such as digital securities markets, said that it still needs time to collect more key information.

The agency has given itself an extra 35 days, to enable the process of assembling necessary information and all sorts of opinions concerning the proposal, proceed.

The SEC has listed 14 open queries to the entire population concerning the proposal in question, aiming at exhausting the responses and arguments given by the community, to assist them in coming out with a final decree. These queries particularly relate to shielding investors as well as the public interest from malicious manipulation including fraud.

The USA SEC is introducing measures to enable extra examination of the suggested rule amendment’s reliability with Section 6(b)(5) of the Act, that needs the guidelines of an agency be intended to combat deceitful, unscrupulous and cunning actions, to stimulate fair and reasonable principles of trade, plus safeguarding investors, stakeholders and the community interest at large.

This is not the first time the USA financial watchdog has avoided approving a BTC ETF. Beforehand, the agency also suspended its verdict on the Act apprise application that would see BTC ETFs officially transacted on the CBOE.  Mid-February, the CBOE legally filed for the suggested rule amendment by the USA SEC with a one and half month spell allocated for either approval or censure, albeit, since that time, the verdict has been suspended tow times.

Nonetheless, the bitcoin ETF approval has a lot of potential for boosting cryptocurrency market. The entire cryptoasset ecosystem has got a multitude of issues such as low popularity and dominance of digital currencies among the public, which makes digital asset investors to remain in fear of dealing with an extremely new class of asset.

So, in case this application and other eight proposals are approved, a vast number of investors fond of working with fiat financial assets will be seen entering into the virtual financial markets. In other words, cryptocurrency exchange-traded funds will positively change the game plan for the virtual currencies.