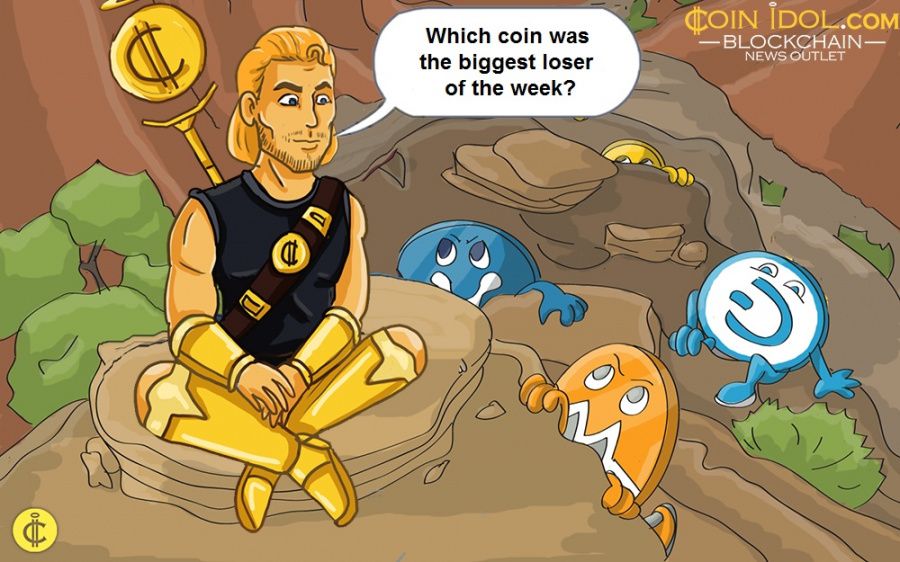 Secret (SCRT) has been in a sideways trend since October 28, 2021. On that day, the cryptocurrency rose to a high of $10, which represented an overbought region. The altcoin retreated after retesting the overriding resistance. SCRT/USD dropped from a high of $10 to a low of $3.70. The altcoin resumed a new uptrend and retested the overriding resistance on January 18.

Today, the altcoin is trading at $5.53 as buyers fail to keep the price above the overhead resistance. SCRT was the biggest loser last week. It has the following characteristics: 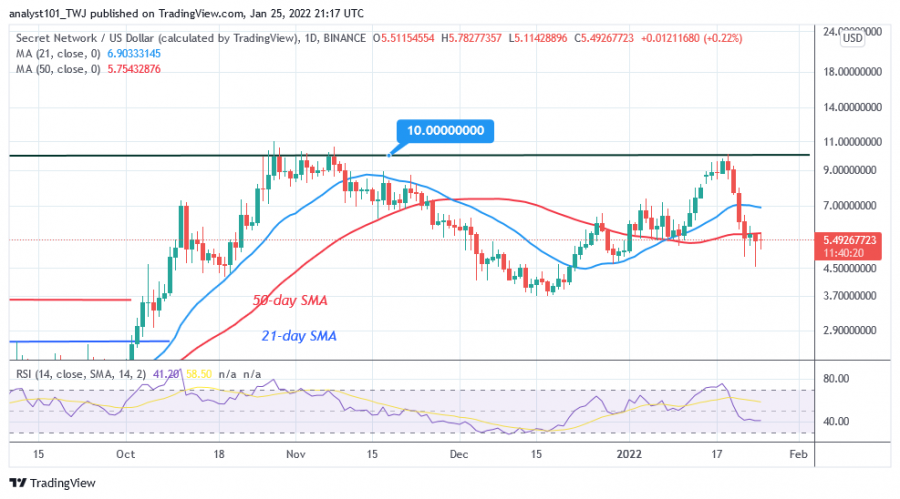 NEAR Protocol (NEAR) is in a downtrend as the price falls below the moving averages. On January 22, the cryptocurrency plunged into the range bound zone after hitting a tough resistance at the high of $20. The altcoin fell from the high of $20 to a low of $9.52 as the bulls bought the dips. Later, the altcoin fell sharply into the oversold zone of the market.

The current downtrend is likely to subside when the market reaches the oversold region. Moreover, the long candlesticks on January 22 and 24 indicate that the current support is a strong buying pressure point. The cryptocurrency is the second biggest loser of the past week. It has the following characteristics: 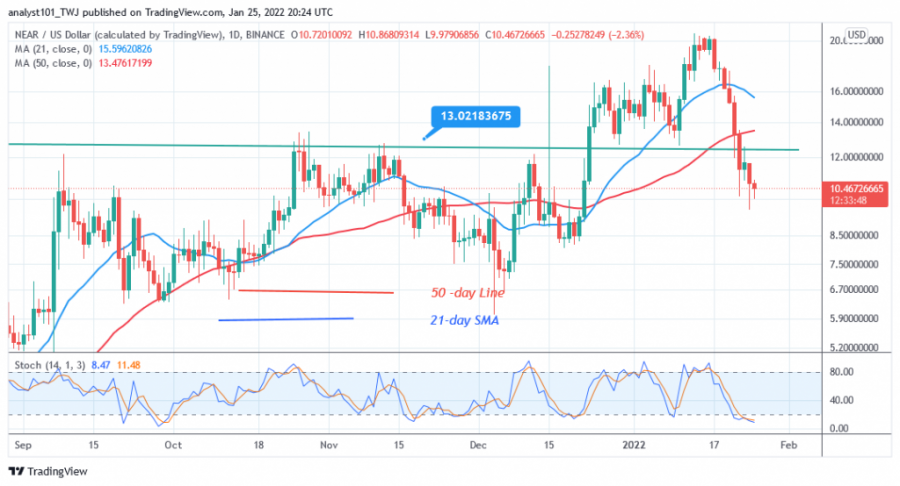 Gala (GALA) is in a downtrend. The cryptocurrency has been in a downtrend since November 26. The altcoin has fallen from a high of $0.79 to a low of $0.16. It is now at level 27 of the Relative Strength Index Period for 14, indicating that the current downtrend has reached bearish exhaustion.

Gala has reached an oversold region of the market. Buyers are expected to emerge in the oversold region. The altcoin is consolidating above $0.15 for a possible upside move. The altcoin was the third biggest loser in the previous week. The cryptocurrency has the following characteristics: 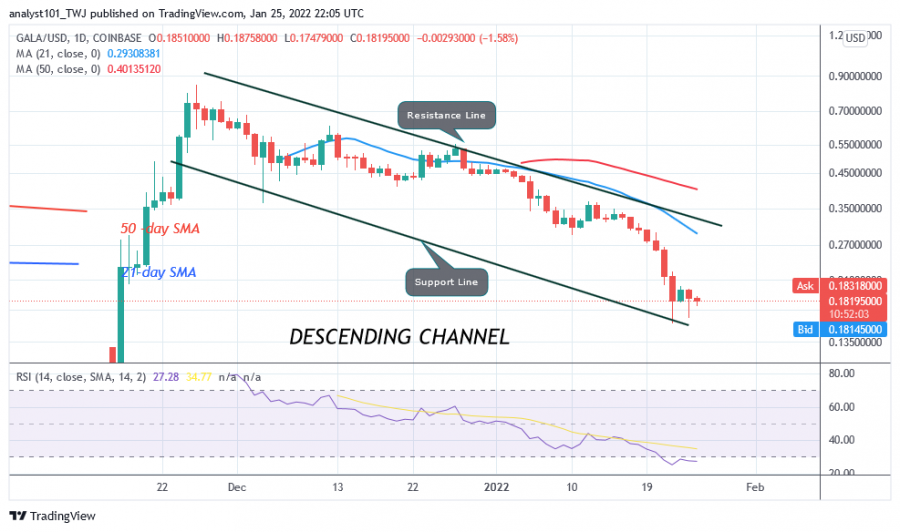 Curve DAO Token (CRV) is in an uptrend. Since July 19, 2021, the cryptocurrency price has reached a series of higher highs and higher lows. On January 3, the cryptocurrency was rejected at the upper resistance at $6.00. The altcoin dropped significantly below the moving averages and reached a low of $2.36.

The altcoin has fallen into the oversold zone of the market. The current downtrend is likely to subside. The altcoin was the fourth biggest loser in the previous week. It has the following characteristics: 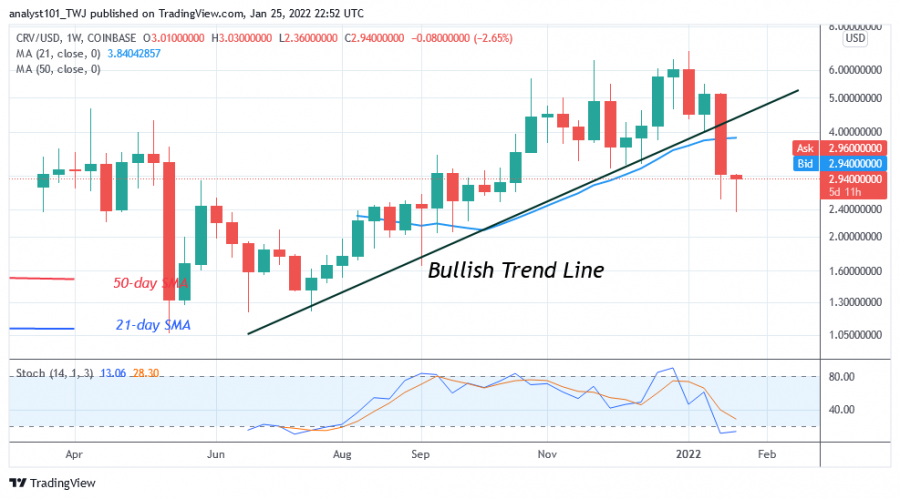 The current downturn continues after the bulls failed to overcome the upper resistance at $34. Waves was the fifth biggest loser last week. It has the following characteristics: 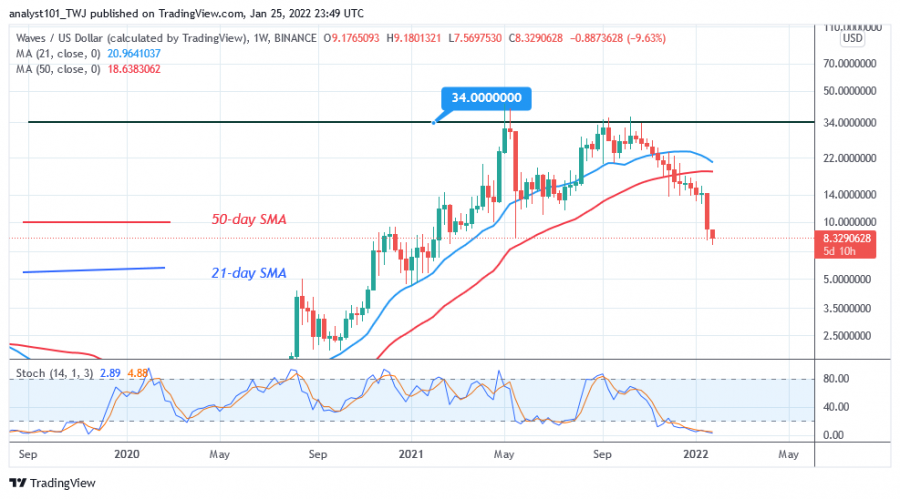