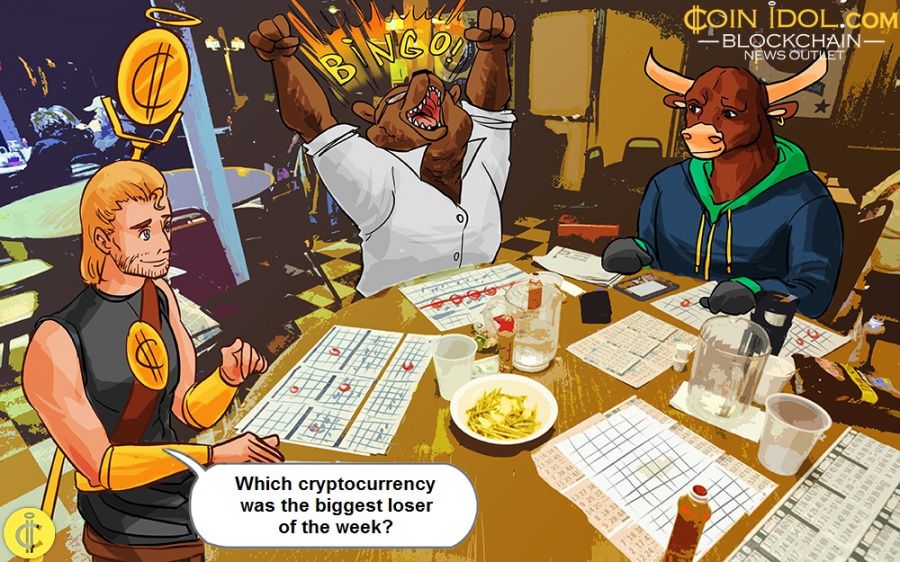 The cryptocurrencies below have picked up another round of selling pressure. The upside corrections led to further downside in altcoins. The resistance levels posed a challenge to the recovery of the altcoins.

Convex Finance (CVX) has been in a downward movement since December 23. In the previous price action, the altcoin rose to a high of $60. After the initial decline, CVX made an upward correction to an overbought area at $40, which led to its final fall. Today, the cryptocurrency has fallen to a low of $7.63.

Meanwhile, on June 3 downtrend, a retraced candle body tested the 78.6% Fibonacci retracement level. The retracement indicates that the altcoin will fall, but will reverse at the level of 1.272 Fibonacci extension or $7.44.

Meanwhile, CVX is below the 20% area of the daily stochastic. This indicates that the altcoin has fallen into an oversold area of the market. It is the cryptocurrency asset with the lowest performance this week and has the following characteristics: 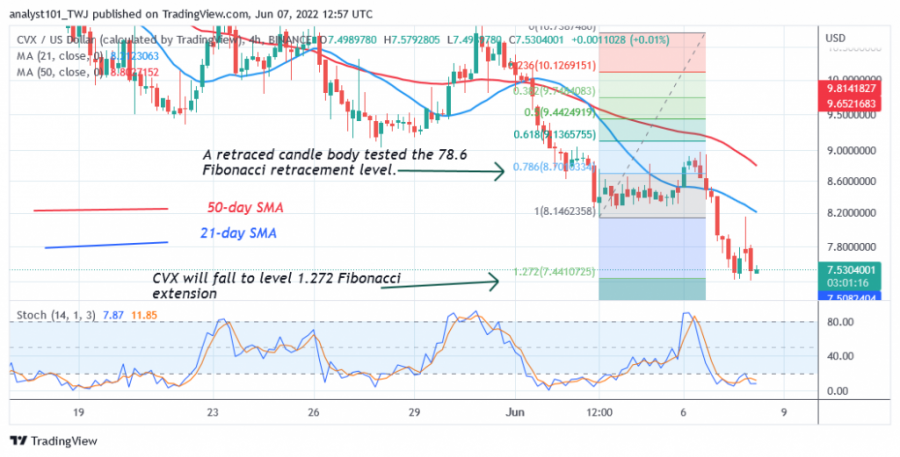 Elrond (EGLD) is in a downtrend with the price falling to the low of $67.48. The current downtrend was the result of a bearish double top formation in March. Today the market fell to the low of $67. This is the third time the bears will retest the previous low at $68. On the other hand, the bulls defended the current support but failed to break above the 21-day line SMA. The previous low has held since May 12.

Meanwhile, on May 12, the downtrend tested the 78.6% Fibonacci retracement level with a retreating candle. The retracement suggests that the altcoin will fall to the level of the 1,272 Fibonacci extension or the price level of $40.81. It is the cryptocurrency asset with the second worst performance last week. It has the following characteristics: 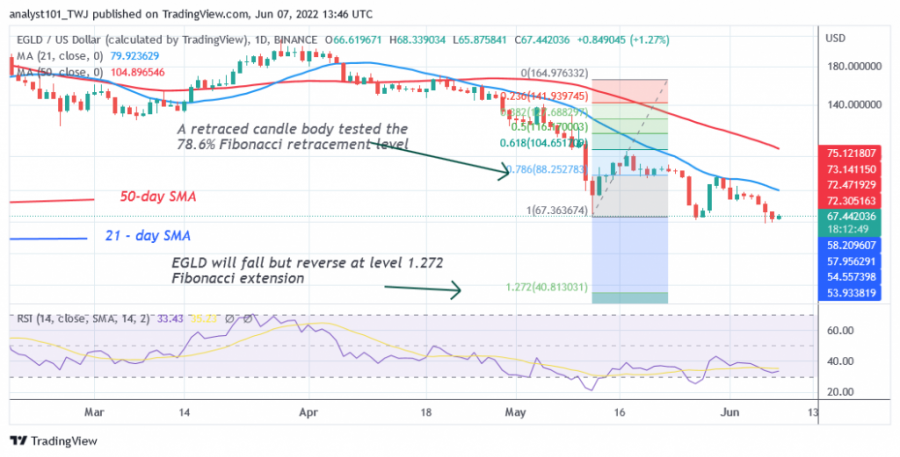 Kusama (KSM) has been in a downtrend since November 7. The cryptocurrency recovered to a high of $500. The bulls could not continue the uptrend as the altcoin reached an overbought region of the market. Today, KSM dropped to the low of $66, but the bears kept trying to test the current support to break it.

Since May 12, the bearish momentum has weakened as the altcoin initiates a sideways movement. The bulls broke above the 21-day line SMA, but failed to break above the 50-day line SMA. Selling pressure will resume if the price falls below the $61 support. The KSM is below the 20% area of the daily stochastic. The market has reached the oversold area. The altcoin is the cryptocurrency with the third worst performance this week. The cryptocurrency has the following characteristics: 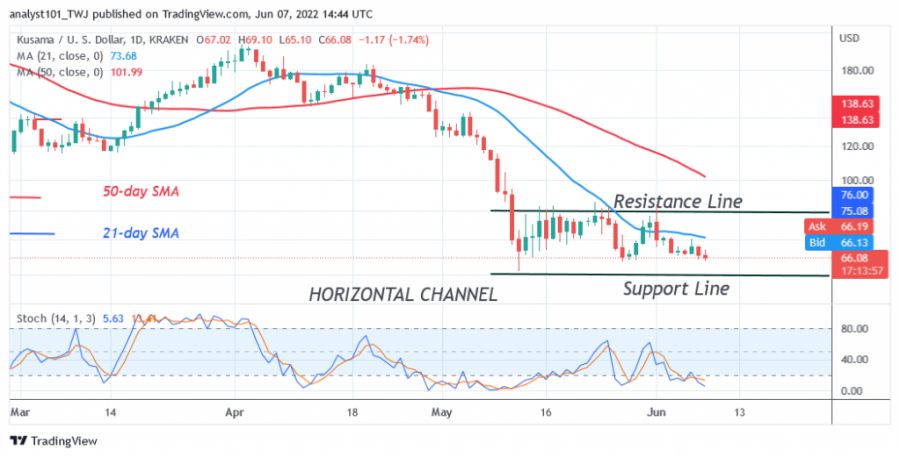 STEPN (GMT) started a downward movement after the formation of a bearish double top. The cryptocurrency traded and recovered to the high of $4.50. GMT declined when the altcoin reached an overbought area of the market. On May 12, GMT plunged to a low of $0.77 and started a sideways trend. Today, the altcoin is trading at a low of $0.93 as we write this article.

Meanwhile, on May 11 downtrend, a retraced candle body tested the 78.6% Fibonacci retracement level. The retracement indicates that the altcoin will fall to the level of 1.272 Fibonacci extension or $0.30. It is the cryptocurrency asset with the fourth worst performance in the past week. The cryptocurrency has the following characteristics: 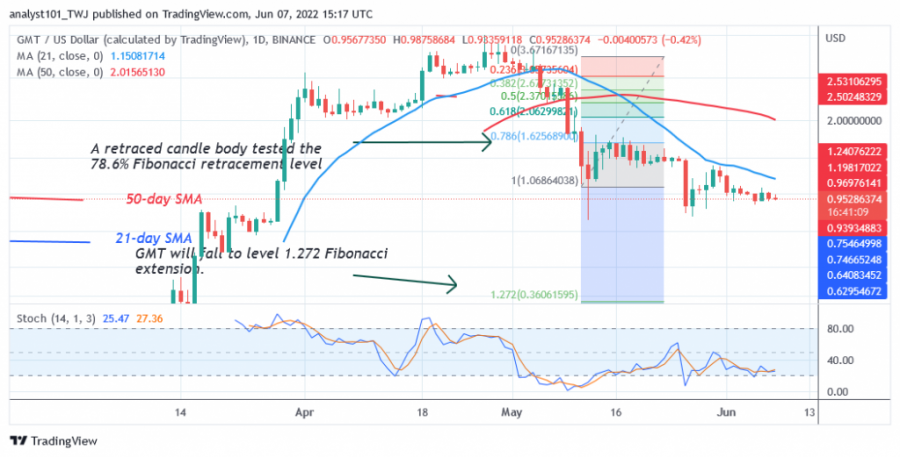 Internet Computer (ICP) was in a downtrend when the price fell to a low of $5.90 on May 12. Bulls bought the dips as the altcoin corrected to a high of $9.50. The bulls could not sustain the upward momentum above the recent high. Consequently, the bears sold on the recent rallies as ICP fell back to the previous low.

At the time of writing, ICP is trading at $6.79. ICP/USD is below the 20% range of the daily stochastic. The altcoin has fallen into oversold territory in the market. Selling pressure is likely to ease as buyers emerge in the oversold region of the market. ICP is the cryptocurrency asset with the fifth worst performance last week. It has the following characteristics: 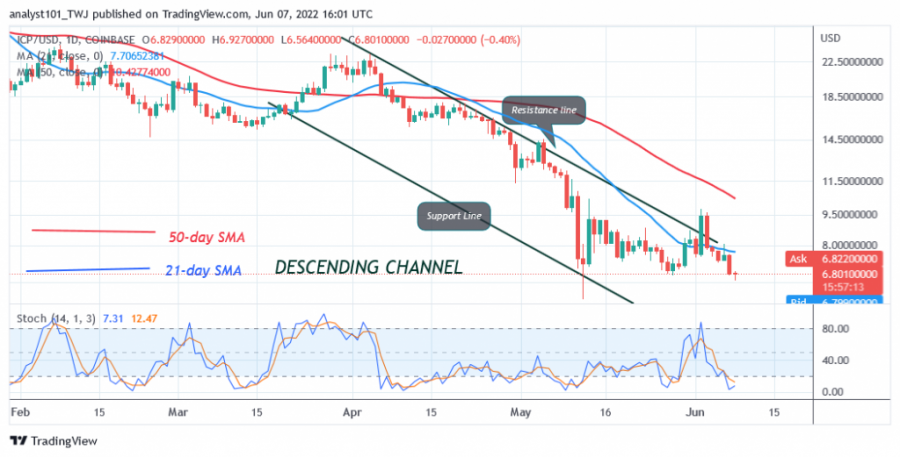