Altcoins Stuck in Critical Key Levels, Attempt to Swing up to Possible Highs 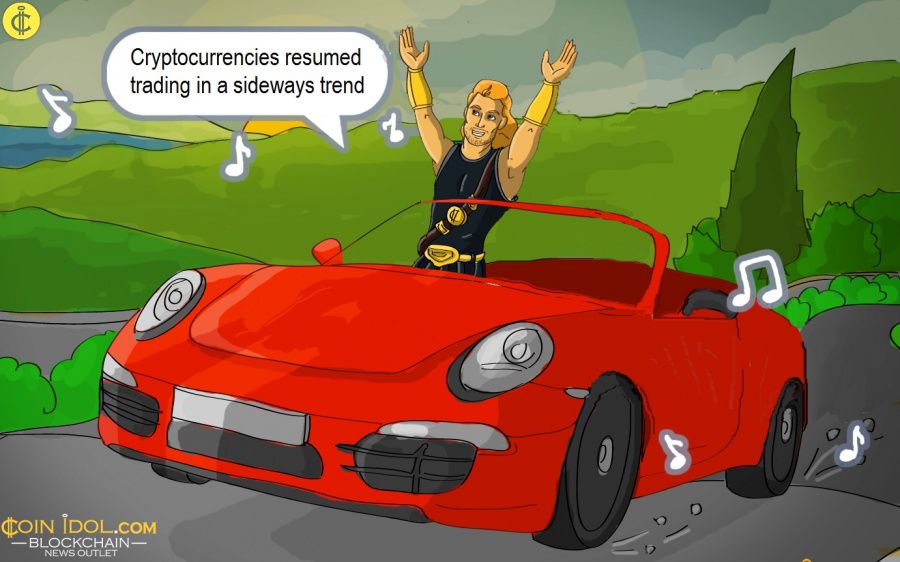 Cardano is trading in a bull market but is currently facing resistance at $0.054. Cardano has been in an upward move at a low of $0.020. The recent price at $0.054 terminated the uptrend as ADA resumed a sideways move below the resistance. Also, ADA was overbought at the recent price. Sellers emerged at the overbought region and pushed prices to $0.046 low. The bulls made a downward correction and resumed a sideways move below the resistance. Since April 29, ADA is yet to break above the overbought region. Meanwhile, ADA is presently above the 75% range of the day's stochastic, indicating that it has bullish momentum. 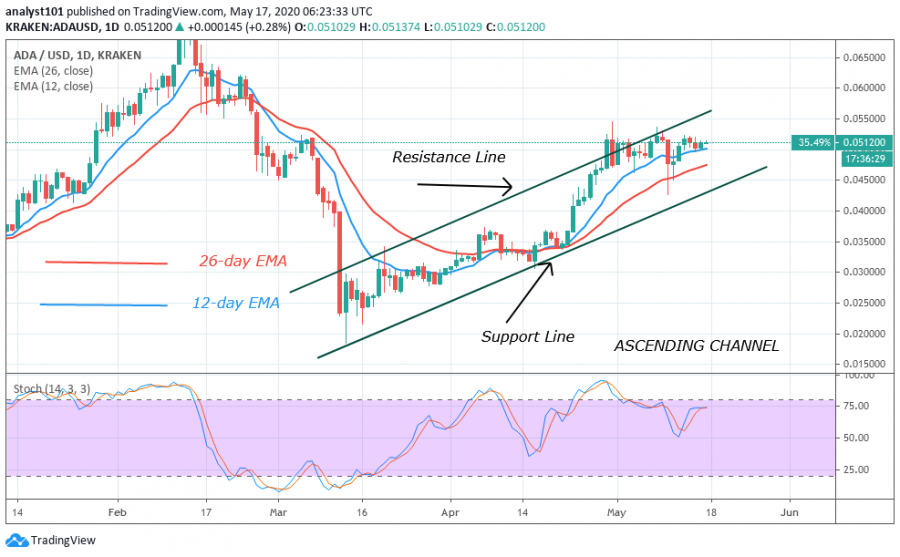 ChainLink is trading in a bull market but the uptrend is presently interrupted at the $4 resistance level. Consequent to that recent resistance, LINK is trading in a tight range between $3.50 and $4.0. Since April 23, the bulls have made concerted efforts to break above the resistance but to avail. On three occasions there was a partial breakout above the resistance but the selling pressure compelled the crypto to fall into the range-bound zone. The current resistance is a major one and can be weakened after several retests. Link is expected to reach a high of $5 if the resistance is breached. Conversely, a break below the lower price range will sink the coin. 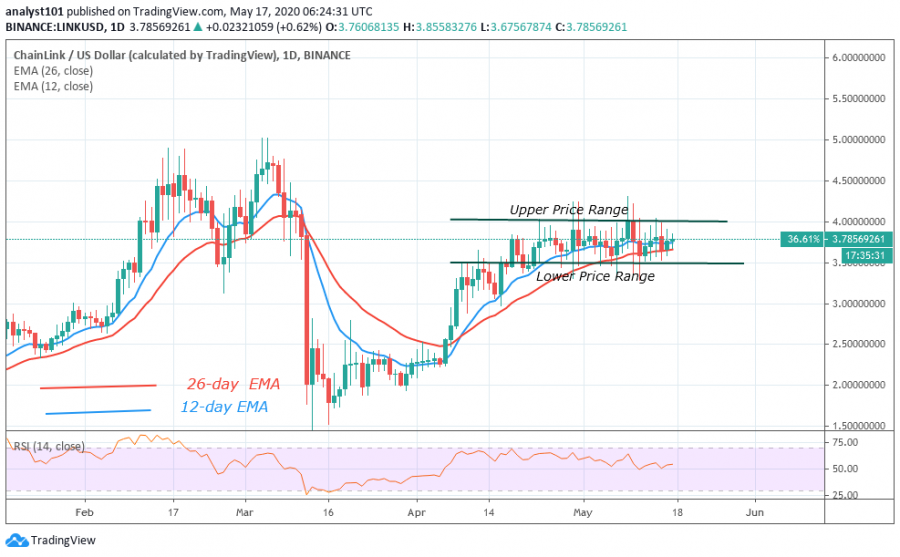 Skycoin is currently in an uptrend after its last bearish impulse at the $0.20 low. The crypto has risen to $0.54 high. The market fell because of the recent resistance at $0.54. Subsequently, buyers made attempts to retest the recent resistance but were unable to break it. The uptrend on three occasions was repelled at $0.50 resistance. On each resistance, the market will drop to $0.42 low. SKY is currently trading above $0.44 support. Possibly, a rebound above the current support will catapult SKY to rally above $0.54 resistance. The Momentum can extend to $0.60 high. The crypto is above the 20% range of the daily stochastic. SKY has bullish momentum. 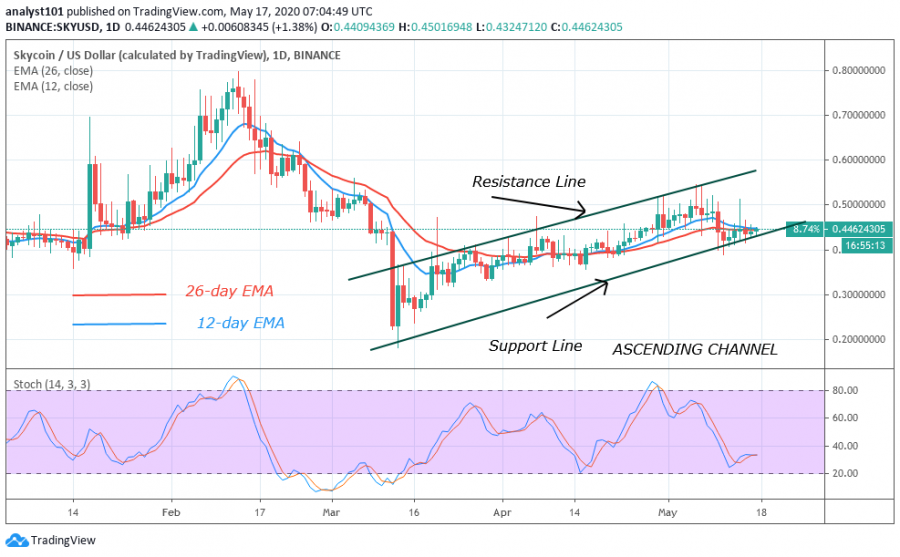 Tezos is in a bull market and the bulls have made impressive moves to erase the bear market. The crypto has risen to $3.05 but was resisted as it fell to $2.70 Low. Since April 30, Tezos has failed to rise to the previous price level. The subsequent bullish move has been restricted below  $2.92 price level. In early May, buyers attempted to break the minor resistance at $2.92 but were repelled to $2.40 low. Tezos is making a fresh uptrend to retest the resistance at $2.92 and $3.05. On the upside, if the bulls break the resistance levels, XTZ will be completely out of the bear market. It is currently at level 54 of the Relative Strength Index, indicating XTZ to be in the uptrend zone. 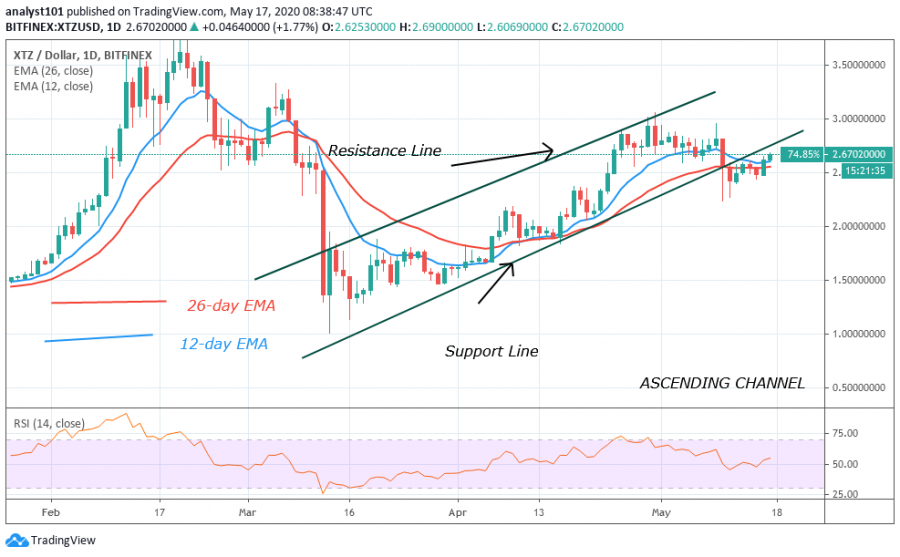 TRON is in a bull market as it reaches a high of $0.016. At the recent high, TRON reached the overbought region of the market. Accordingly, sellers emerged in the overbought region to push the price to a low of $0.0158. Nonetheless, in subsequent upward moves, buyers were restricted below $0.016 resistance. TRON was trading below the overhead resistance. On May 10, the bears sank the crypto to the low of $0.0135. The bulls rebounded at the $0.0135 low to reach the $0.015 resistance. Possibly, another rebound above $0.015 will propel price to rise above the overhead resistance. The momentum can extend to $0.018 high. TRON is above the 40% range of the daily stochastic. 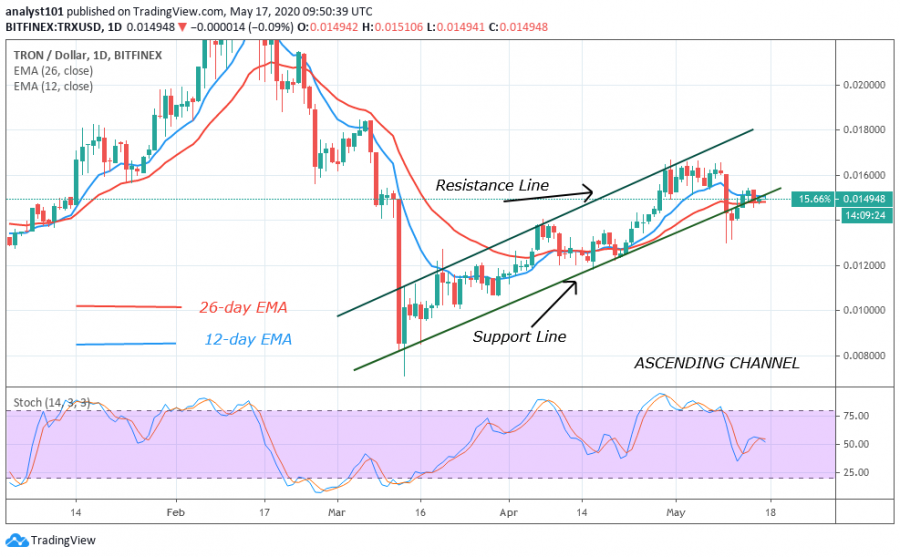