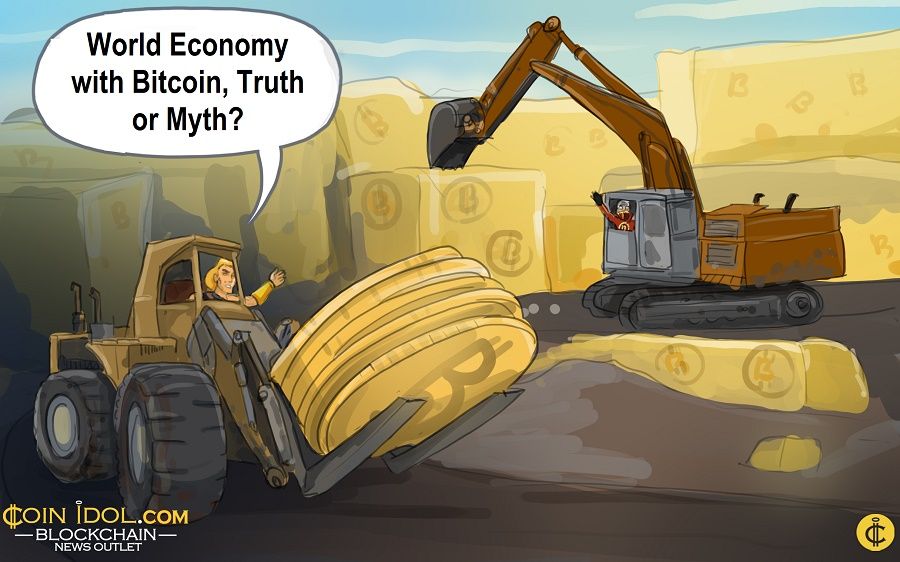 As time passes, more and more countries try to phase out cash by passing laws. In the absence of cash, a government could, at any time, seize someone’s whole property if he is considered to be annoying to the system.

Lacking cash’s anonymity, the government, or anyone else, could gain access to personal information. Such knowledge is power in today’s digital life. Someone could know what we eat, where, and how long we stay there, or worse, they could know our sexual preferences. The above dangers are well known to the internet world.

Coinidol.com has reached out to 7 experts with different views, to enlighten us on one simple question:

“Where do you think the restriction of cash transactions, as is happening in Greece, Venezuela, India etc., will lead us?”

Panagiotis Pollis is the founder of Bitfortip.com, a social reward platform where you tip Bitcoins as an incentive and earn Bitcoins for being helpful. As an entrepreneur, he commented:

“Today, more than ever, countries must have as much as diversified economies as possible, in order to stand in this competing global economy. Those countries are currently facing major economic problems due to decades of mismanagement and absence of basic infrastructures and are now trying to get a better grip on their economies.  Their aim is to have a better control on everyday transactions of their citizens and restriction is used to combat tax evasion, money laundering and, of course, to stop fleeing capital from going outside the country.  Nonetheless, sooner or later, human societies with the advancement of the internet and the use of smartphones, cash is almost certain to go extinct in everyday transactions.”

Colin Gallagher is an Advisory Board Member at Lifeboat Foundation, and Chair of the Education Committee at the Bitcoin Foundation, he commented: “The capital controls in some countries, and, in particular, limits on use of cash - with some of the most extreme examples being Venezuela, Spain, and of course India - tell us what we have known for a long time, that many governments (especially those with poor financial policies) are threatened by System D, the mostly unregulated global network of débrouillards (innovative and ingenious people). It was well known and documented since 2011 by the Organisation for Economic Co-operation and Development (OECD) and other organizations that two-thirds of the workers of the world will be employed in System D by 2020 - now less than three years away. However, if people are kept by one government from using one kind of vehicle as a currency they will become innovative and find others to fill the void, a kind of "basket of currencies" effect."

"Whereas, some people in countries adjacent to places like Venezuela and India will try to provide cash to the people there to bypass the controls in country, some governments (such as Venezuela) have engaged in desperate moves to restrict currency use by attempting to close borders with country(ies) that could provide needed currencies. This is where bitcoin and similar systems have increased in usage because they cannot be effectively censored.”

“There are no cash restrictions, except possibly those imposed by a specific government with regards to their internal rules, or as a form to devalue currencies and create austerity like the examples you asked.”

Dmitry Lazarichev, the founder of Wirex Limited, which is the leading hybrid personal finance platform merging blockchain tech and traditional finance, has also shared his opinion:

“Operations with cash are quite expensive for banks, requiring more staff, offices, and equipment. So it can somewhat cut the costs. Also, cash is absolutely untraceable whereas electronic transactions are very much regulated and recorded.”

Chigozie Ononiwu, co-founder at HYPERCHAIN TECHNOLOGIES LIMITED, which is a Disruptive, Innovative and Next-Generation ICT technologies company in Nigeria, commented:

“Restrictions on cash transactions imposed by some countries will lead to citizens embracing Bitcoin and Cryptocurrency. It also presents a unique opportunity for them to realise that the central bank and banks are not a trustworthy trusted 3rd party. It wrestles control away from the central authorities, back to the common man. The blockchain (DLT) and its underlying technology is the backbone for a great and exciting trustless new future.”

Elizabeth (Ploshay) McCauley, Global Business Development Head of Coinsecure at India and member of the Bitcoin Foundation, has shared with us:

“Bitcoin is a top plan B for individuals living in countries with cash restrictions. In India, demonetization led to an increase in the number of Bitcoin transactions and users. Individuals need an easy way to transact and many are looking for a global way to transact, so Bitcoin presents a key opportunity.”

John Jegutanis, founder at Coinomi Ltd, Coinomi wallet is a very secure and lightweight, open-source, universal HD wallet for bitcoin and other crypto-currencies, told us:

“[Restrictions] could push people to use non-government currencies (like USD, EUR) and/or online services like PayPal, Bitcoin, etc. In countries like Denmark that passed laws to phase out cash, could be transparent to most people (most of the money is electronic anyway). Cryptocurrency, on the other hand, provides the best of the two: cash-like privacy, instant global transfers.”

In conclusion, we are left with only one simple question: Could the use of cryptocurrency be the solution to our economic problems? Time will tell…