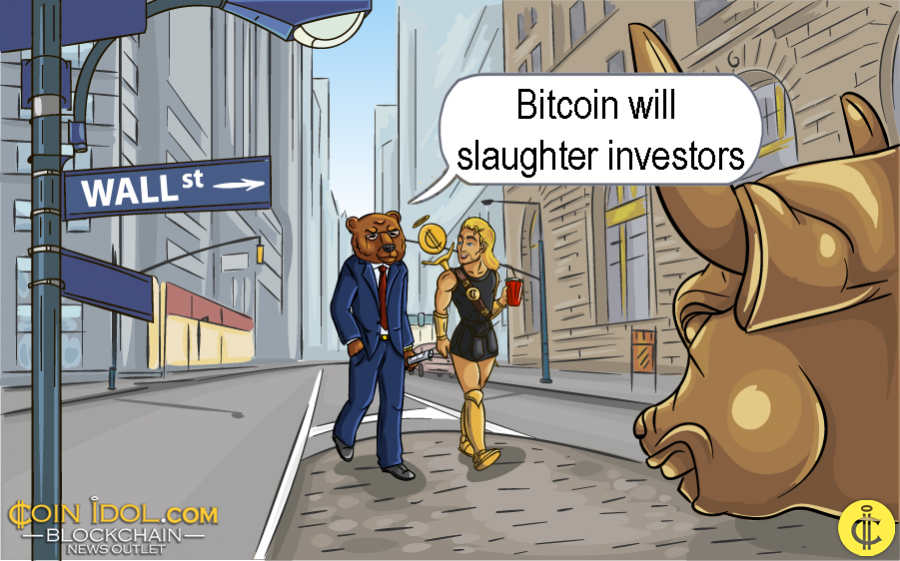 The 'Wolf of Wall Street', Jordan Belfort, has spoken out recently against Bitcoin as the thing that is constructing an abattoir ready to slaughter its untainted investors.

Jordan is popularly known as a stockbroker that did time for swindling investors. Jordan's story was recently exhibited by Martin Scorsese, in "The Wolf of Wall Street." Jordan cautions that as a highly professional scammer, he earned his survival from hokey-pokey and believes what he experienced during the 90's period is exactly the same as what Bitcoin is repeating these days. According to CNBC, Jordan revealed:

“I was a scammer. I had it down to science, and it’s exactly what’s happening with bitcoin. The whole thing is so stupid, these kids have gotten themselves so brainwashed. This thing is going to evaporate like a mirage. There’s a lot of really honest people who are going to get slaughtered.”

Is Bitcoin a Bubble?

If Bitcoin ends up evaporating and disappearing, several investors will be left strapped for cash. Very many people have an appalling amount of money in this very thing, so the use of the word abattoir is not as dramatic as it appears to be. It's very significant to know that Jordan doesn't deem Bitcoin itself as hokey-pokey, though generally, he believes that Bitcoin has enabled a deadly hokey-pokey ridden environment to emerge. Within Bitcoin, many people are struggling to rip each other off, in the same manner Jordan did with penny stock during 90's. It's tradition, that will inexorably bring Bitcoin flat to the ground. As per CNBC Jordan added:

“It’s not that bitcoin’s a scam but its nature allows scams to occur. It’s a dark market, you can’t see what’s going on behind the scenes. People dive into that and use it to rip others off. It could go bust within the year, and when it does, it will be the bust heard around the world.”

Indisputably, a large population do think that adoption is an alternative that could stop this from occurring, via regulation, Jordan rejects and didn't harmonize though, stating:

“Central banks don’t want it, they’ve spent all this time trying to stop money laundering, why now allow something that’s anonymous, and lends itself to making money-laundering easy? I don’t believe there’s any shot in the world they’ll let that happen.”

It would be extremely injurious to neglect Jordan as he naturally has an eye for this kind of thing, but, at the same time, it's injurious to take the word of one individual as gospel in this big nascent industry. A Bitcoin cave-in would slaughter many investors, but there are an appalling number of indicators alluding that Bitcoin isn't going to cave-in in the future. But instead, you should swallow this important advice as a part of your general research, don't let it get pegged on heart, feel free and be happy, but pay attention.