Why Incorporation in Estonia Is the New Black 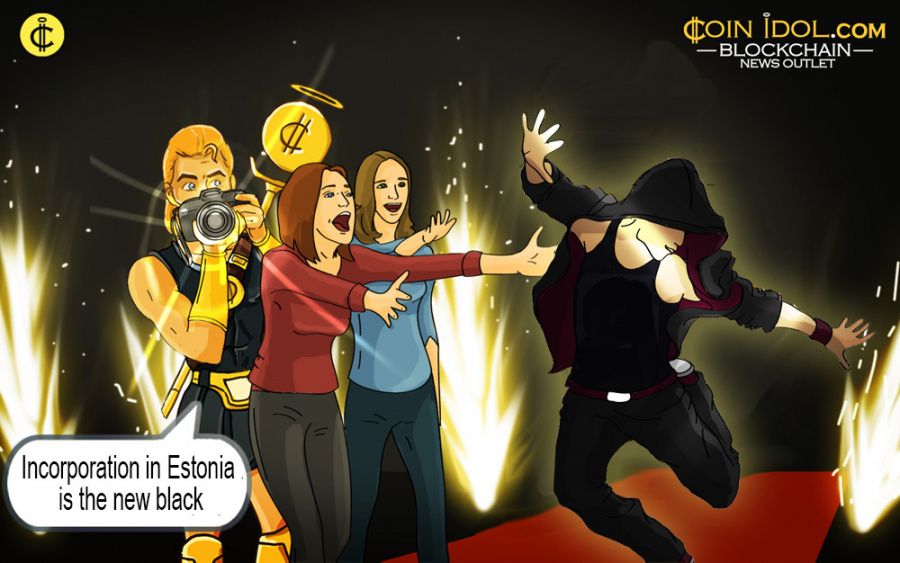 These days, the names of cryptocurrency-related projects often include OÜ, which stands for the Estonian osaühing. Generally, it corresponds to Limited Liability Company, and implies that the company was incorporated in Estonia. The number of projects that have preferred this jurisdiction over others is steadily growing.

Estonia is, in fact, quite a progressive jurisdiction that has spawned initiatives like e-Residency and the Public Notary. The country also intended to hold the world’s first state-run ICO. Legal persons and individuals there are also interested in blockchain and cryptocurrencies. The industry is booming there even though the government’s stance towards cryptocurrencies is anything but friendly.

The Central Bank of Estonia didn’t recommend the country’s residents store bitcoin or transact it, however, the European Court of Justice ruled in 2015 that bitcoin shall be considered currency for tax purposes. The country’s Central Bank, just like lots of other regulators around the world, compared bitcoin to a Ponzi scheme. In 2016, Estonia’s Supreme Court shut down BTC.ее, which made cryptocurrency exchange a more challenging endeavor.

Why Is Estonia So Attractive?

Of course, the country’s regulatory framework is anything but attractive for cryptocurrency-related businesses. Still, it offers simple business kickstarting, simple taxation, and a general ease of conducting business there, with the country being the world’s 12th most friendly jurisdiction according to the World Bank. Anybody who wishes to start a business can get a so-called e-residency to access all electronic services offered by the government, including incorporation, taxation, banking, etc. Registering with the service, according to official statements, takes only 18 minutes.

It takes only 2,500 euros of charter capital, and up to 4,500 euros overall to register a limited liability company in Estonia. There has to be at least one founder and one board member, but the requirement of having a CEO is not mandatory. The local legislation stipulates that the board members are responsible for all actions of the company.

When it comes to cryptocurrencies, taxes aren’t sky-high either. Bitcoin and altcoins are not subject to VAT, however, the Estonian Income Tax Act defines them as property for the purposes of income and social taxes. In some cases, other taxes have zero rates as well (taxes for non-distributed or reinvested revenue; dividend taxes, except for those originating from the country’s blacklist of offshore jurisdictions).

Estonia regulates only cryptocurrency exchange, leaving all other related issues untouched. There are no limitations as to cryptocurrency investments, so the country is more than preferable for companies that hold an ICO.

As was noted above, all those conditions have attracted a lot of blockchain-focused companies.

The development manager for HashCoins and a spokesperson for Polybius, Edgar Bers, says:

“We had no doubts when it came to the question of jurisdictions. Estonia is our homeland. Its advantages include relatively low prices, the regulator’s willingness to cooperate with innovative projects, and they always ask companies before regulating anything. Local regulators are quite friendly, though we’re not sure they want to regulate this whole industry. It’s more likely that they want the market to be more comprehensible and transparent. The country’s regulatory framework isn’t ready for crypto yet, but it’s a global problem. The country’s digitization is also a great advantage, considering it’s at its early phases. That is why we believe that making business in Estonia will become easier over time. Still, there’s shortage of specialists. There are lots of talented people, but not enough as the whole country is actually small. On numerous occasions, we had to seek for people outside Estonia. As for regulation, hopefully, Estonian regulators will be reasonable when it comes to prohibition and endorsement of various business models and practices.”

The friendly attitude of local regulators and its EU membership also seem to be important for blockchain companies. Ivo Georgiev, the CEO of AdEx Network, explains:

“We chose Estonia because of its friendly regulation of innovations. It’s very easy to communicate and interact with the regulators, which is a great advantage. In most cases, they’re willing to cooperate and assist. Estonia is a part of the EU, so it grants additional opportunities to businesses. I’ve heard that the EU could regulate cryptocurrencies with a dedicated Directive, but it’s not China, so the European entities discuss all pros and cons with businesses, and look for an appropriately balanced solution. So we’re not worried about possible regulation. We believe that in the long run it’s actually good.”

Cryptocurrency exchanges face certain limitations in Estonia. The local Money Laundering and Terrorist Financing Prevention Act stipulates that transactions of more than 1,000 euros have to involve identification of the customer and a personal encounter. This, however, does not stop cryptocurrency companies from registering in this jurisdiction. Some of them hope the regulation will change for the better over time, as Mothership CEO Arseniy Zarechnev explains:

“We decided to incorporate in Estonia thanks to their openness to entrepreneurs from around the world and relatively friendly regulation of cryptocurrencies. Their e-Residency program is also a great thing as it allows one to manage a company from any place in the world. The costs are low compared to other jurisdictions like Singapore or Switzerland. It all looks very promising for businesses. We expect new rules for cryptocurrency exchanges to become effective, as they may change the requirements for exchange of cryptocurrencies here. The tax burden isn’t heavy at all, and reinvestment of assets drastically cuts all tax obligations.”

Unlike other popular jurisdictions, Estonian regulators have not issued any statement as to the recognition of ICO tokens as securities. This explains why the country remains a safe haven for companies seeking to hold an initial coin offering.

Vitali Balakhonov, the CEO of Eloplay, whose crowdsale will kick off October 16th, shares his views on Estonia’s advantages for cryptocurrency-related businesses:

“We preferred this jurisdiction due to their great E-Residency program that saves time you’d otherwise have spent on bureaucracy, tax authorities, and incorporation. Many companies have already chosen Estonia to hold an ICO and run their business afterwards, and their example is also important. You might recall that Ethereum was first incorporated in Switzerland, and all companies followed their example. It’s the same for Estonia: we looked at Polybius when we decided to go here. We also liked that the regulatory conditions for ICO were relatively friendly. The risk of your tokens being considered a security is much lower than in the U.S. or Singapore”

Estonia offers a very moderate regulatory framework and low costs for running a business. Projects seeking to enter the EU or EEA markets that cannot afford to register in Switzerland may find it very appealing. One may assume that the low tax burden and all those advantages will keep on attracting blockchain-focused companies.

After the publication of this article Coinidol received some comments from our readers with suspicion that it could be a scam project.

We have asked the team of Polybius to comment on the main questions of the community.

Here is the respond that Coinidol received: https://medium.com/@PolybiusBank/ceo-of-polybius-group-to-start-in-january-2018-34d7148b8783