What Does October Have in Store for BTC, ETH & XRP 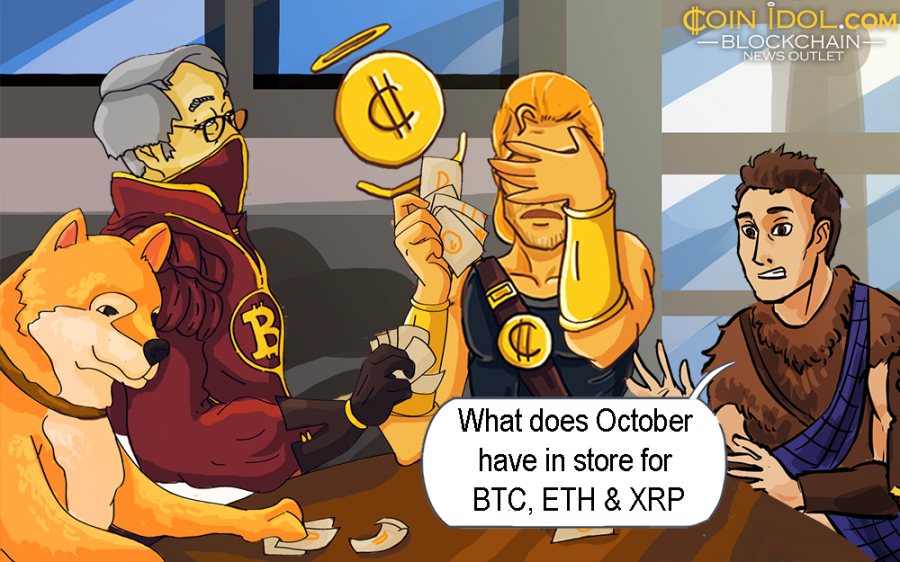 The month of September has been a really cold period for digital currency. As each fresh month passes, speculation of the next bull run follows, though it appears that at this time, positivity is at an all-time low. September promised to create riches, with the US SEC Bitcoin ETF deadline approaching and other large projects coming forward, the majority hoped to see some significant progress this month.

Ripple (XRP) is the stand out digital currency of the past 14 days, after the amazing proclamation of a pending full release for xRapid, an announcement that saw Ripple increase by over 100% in just a few days. Generally, everything has remained low and steady showing a significant opportunity for fresh investors, but somehow boring anti-climax for those that are keeping them with an aim of making some money.

What will Oct Bring?

Admittedly, this question is nearly impossible to answer, and any scoreline forecast would be imaginary. Bitcoin (BTC) seeks to stay more steady and many hope that through the month of October, BTC will hold nearly $6,500 level at which it presently stands. As BTC stands and waits in prediction for a BTC ETF to roll out, the majority can't see BTC going past this figure until some significant changes are made in BTC regulation and confessedly, in the BTC ETF decision making exercise. To that end, the outlook for BTC in the month of October is cliché. Seeing beyond October albeit could create more great opportunities, as the US SEC no uncertainty near a final remarkable decision on variety of their BTC ETF applications.

Ethereum (ETH) holds less promise going into October. Several investors think that as a result of a mass sell-off, ETH is riding its bottom and hopes that fresh investment will emerge due to ETH's low price. In case this is right, October may clearly see ETH start to increase once more. We would like to observe ETH break $350 and maybe even $400. This eventually would set a more steady process and would begin to offer investors some great return. Values going beyond $500 nevertheless still remain utopian, unless a real bull run does come in through October.

October promises to bring some favourable outcomes to the markets, after many poor months, we are currently beginning to observe a movement, a movement towards an upwards push. Of course, the push might not be strong enough to create untold riches, nevertheless, any upward trend is a good thing and will be very much embraced by the digital currency community.

Remember, if you decide to invest while prices are low, you are advised to carry out your own further research. Only invest what you can individually manage to lose and always remember to trade safe and smart.