On the Way to Healthy Life: FoodCoin Ecosystem 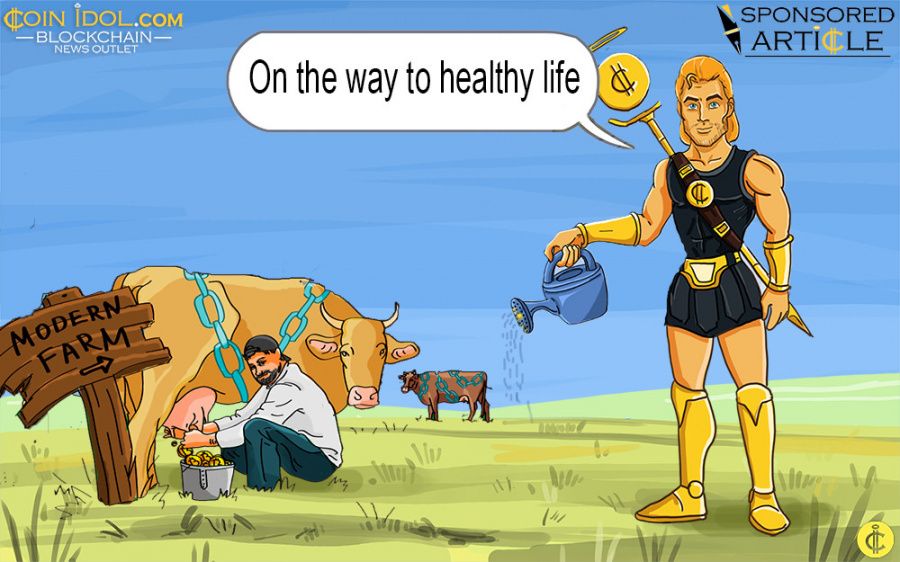 Human health is getting worse, and as the medics say, the main reason lies not in the way of life as much as in food. Despite being a vital part of human life, healthy and quality products are often unaffordable for most people. So how can we be talking about the future when such an important thing like food provision is so unreachable?

The complicated path that products pass through from producers to buyers is one of the main reasons for such a situation. Vast amounts of money are spent on complex logistics, marketing, advertising, compensation for spoiled products, salaries of vendors, reseller markups, etc. Some of the products can travel all around the world to reach the table, but they will not be better or more natural because of that. According to numerous studies, the healthiest, fresh and most natural products are grown and produced locally.

However, finding customers can be challenging for a farmer. The 1000EcoFarms platform was built up with the aim of connecting farmers and customers who need healthy and natural food. Using this instrument, anyone can find nearby farmers and order products with delivery. After implementing a cryptopayments system, the creators of the project have seen how they can expand, improve and secure the system, and decided to move it on to the next level. The project was named FoodCoin Ecosystem.

FoodCoin Ecosystem is a proper system, created specifically for the business needs, and a global marketplace available to everyone. It includes all secure tools necessary for interaction between members, and do es not require special skills to use. The members will have access to smart contract library Smaco, remote identification system DIGID, own cryptopayment processor DiPay, and smart cryptowallet Wallok, and a currency - FoodCoin (FdC) - based on its own blockchain. Combining these instruments, it will ensure secure and reliable transactions and other interactions among users. The system will be connected with logistic companies that would receive orders automatically, and can be connected with controlling authorities. The system will allow saving money and time on signing contracts and reducing marketing costs.

The FoodCoin Ecosystem is created for farmers, producers and processors of agricultural goods, café and restaurant owners, and anybody who cares about healthy and natural food. However, the project can find a broad range of social applications. FoodCoins (FdC) can be used as a social currency among different communities all around the world. In contrast to other social currencies, FoodCoin (FdC) can be trusted, as it is based on blockchain, which is known as a strong and secure system. Using FoodCoins (FdC), local enterprises can build up their own loyalty system. FoodCoins (FdC) could help to build a strong community with the members who can make different kinds of work and get bonuses for it. These enterprises could sell products for FoodCoins (FdC) fully or partially. By paying to the community members for the work with FoodCoins (FdC), they can ensure that these payments would not leave the local turnover as if it was traditional money. Moreover, they can be sure that that they will still have a price anyways.

Actually, FoodCoins are applicable for any type of business, but the best results can be obtained on agricultural and food business, as a social currency.

In addition to the above, FoodCoin (FdC) can simplify customized charity. People who make donations by FoodCoins can monitor what the donation went to. 1000EcoFarms has launched two charity projects already: “Stop Hunger” and “Help a Farmer”. Any user of the system can donate to a particular person or charity organization. By participating in these programs, you can ensure that the donation will reach its place.

FoodCoin (FdC) is easy to use, even far from banks. Despite being a complex financial instrument, it is easy to use for non-professionals on ordinary smartphones.