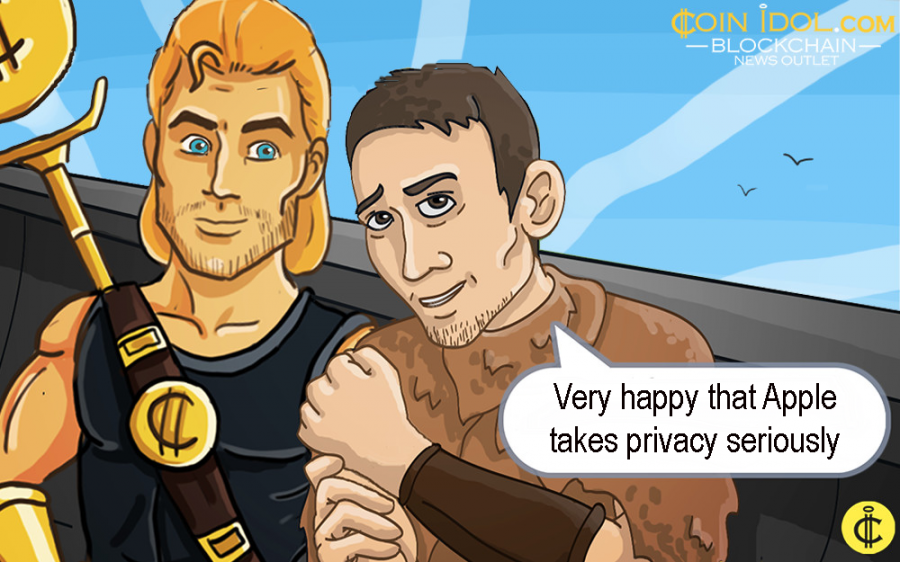 One of the major threats to digital security is information leaks. At a moment when business models of firms are created around the gathering and analysis of information. Tim Donald Cook, CEO Apple, talked about the privacy issues of clients and GDPR widely during his period at the ICDPPC 2018 occasion.

Tim shared some snippets from his known address in a certain Twitter thread that was further retweeted by Vitalik Buterin who praised Apple for its full allegiance to privacy.

Tim wrote on Twitter that "privacy is a fundamental human right." He added that GDPR has demonstrated the manner on how political will and good policy to everybody can assist in safeguarding the clients. He further indicated that firms should de-industry customer information and not collect client information firstly. Clients too should understand that their information is being gathered and must be informed always of the aim behind the data gathering.

To end the thread, Cook wrote that:

“Technology is capable of doing great things. But it doesn’t want to do great things. It doesn’t want anything. That part takes all of us. We are optimistic about technology’s awesome potential for good — but we know that it won’t happen on its own.”

Vitalik quoted Tim and wrote that:

“Very happy that Apple takes privacy seriously to the extent that it does.”

Vitalik Buterin, Ethereum founder, recently indicated that he had been very much concerned with privacy for many years. In a Reddit thread, he highlighted on his stance on privacy. He revealed that users should be free and unconstrained to "enhance their own happiness" sans caring about what other users think of them.

A Russian-Canadian developer, his tweet received applause and a few queries about Apple's allegiance to privacy. Various clients commented that Apple's promise for privacy is a cancer stick as the firm reinforces its competitive advantage by effectively lobbying for proper policies that could greatly bring hurdles for it contenders.