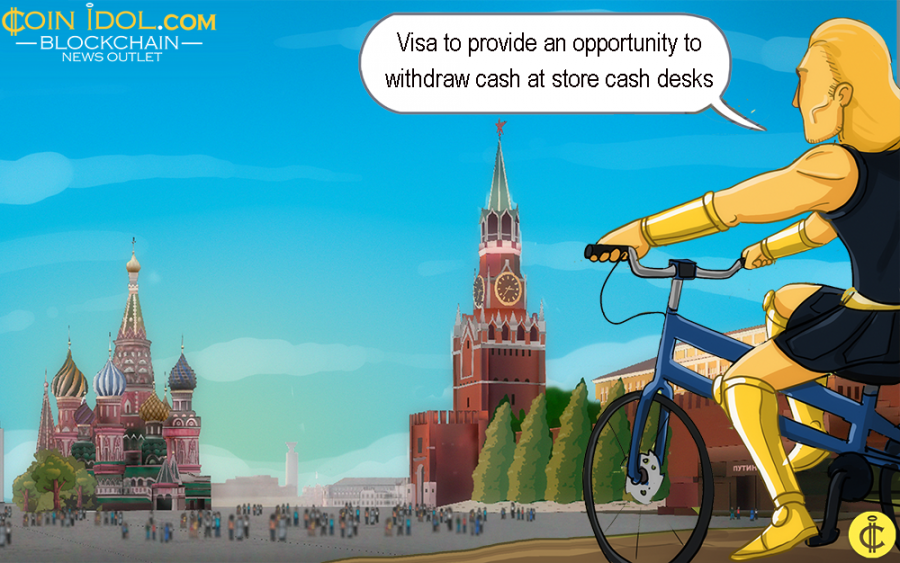 The international payment system Visa sent a letter to Russian banks with an instruction to provide technical support for the service of withdrawing cash from its cards at store cash desks by April 2019, three sources at private banks and two from state banks revealed. At some point, it will be possible to withdraw an amount that does not exceed $100 in equivalent (about 6,500 rubles).

By April, banks are to adjust data payment processing and acquiring so that it is possible to conduct cash withdrawals from Visa cards at the cash desks of shops. The internal processing of the bank must be able to separate the operations on the card. For example, for a customer, the purchase of goods by card and the simultaneous withdrawal of 1,000 rubles will be held as a single operation, and for a bank, these are two operations - payment by card and cash withdrawal.

The press service of VTB noted that the bank does not plan to participate in the pilot launch, since “from the side of the federal trading networks at the moment there is no unequivocal assessment of this project”. VTB also pointed out that the introduction of the service requires substantial investments, resources, and software development by banks.

Promsvyazbank (PSB) announced that it is considering the possibility of participating in the pilot. PSB sees the demand for the service from the trade and service enterprises.

“We have already ordered the necessary equipment from the vendor contractors for processing and POS terminals,” said Alexander Petrov, director of the bank's payment card department.

According to Ilya Korobov, INPAS CEO, whose company has been developing software to start the payment service with cash withdrawals to the Russian Standard bank for the project with Mastercard, the service may be interesting for both banks and retail chains, as well as for customers, since it significantly expands the geography of places where you can get cash, given that banks have practically stopped investing in the development of ATM networks.

Visa has always been supportive of fintech and innovations in general. Back in 2016, it announced a launch of B2B payments project based on blockchain. Nowadays the company still works hard to make the world a better place. Similar to crypto cards, withdrawing the money right in a shop is a great step forward in the direction to the client’s convenience.