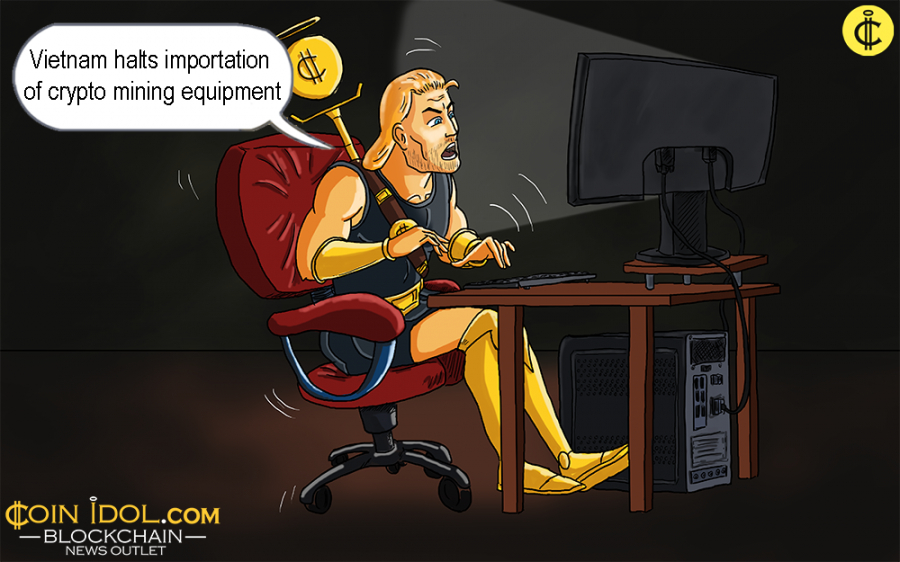 After months of circumspection, Vietnam has moved to stop imports of crypto mining equipment, according to the country's customs department.

On Monday, August 13, Viet Nam News reported that all domestic commercial enterprises and individuals have halted importing cryptocurrency mining equipment completely since the start of July, according to the Ho Chi Minh City (HCM) Customs Department.

Several officials from the largest city of Vietnam revealed that companies and individuals had imported over 3,664 Application Specific Integrated Circuit (ASIC) gadgets in the first half of this year. 3,000 machines were plainly imported by four giant enterprises involved in mining activities with the rest imported by major organizations and various individuals who excluded import tax codes. Very many gadgets were noted to be Antminer models, a brand of crypto mining equipment made by industry bull Bitmain.

Previously, the country's Ministry of Finance (MoF) first suggested the blanket ban in June this year after authorities in the country multiplied their scrutiny into domestic cryptocurrency industry following a countrywide ICO hokey-pokey that supposedly conned an approximated $660 million from 32,000 potential domestic investors. The fallout led the prime minister of Vietnam to order six ministries, the central bank and police to carry out a deep investigation into this scam matter.

Crypto is Criminal as a Payments Method

As a result, the MoF revealed that it needs State management agencies to take tight control measures with the import and utilisation of crypto mining equipment, resulting in the inevitable proposal of the ban. Last month, the State Bank of Vietnam (SBV), the nation's central bank, assented with the proposal of MoF and also backed up the ban.

Figures from the country's customs show that around 9,300 ASIC devices were imported into the country last year, primarily into Vietnam's capital, Ho Chi Minh City, and Hanoi.

So far, Cryptos are bandit as payments in Vietnam after the SBV rejected to include them among the considered exceptions of non-cash payments such as bank cards, payment orders and checks. The law, that came into force at beginning of this year, bans the issuance and use of Cryptos such as Bitcoin, Ethereum, Litecoin as a legal tender with the major threat of abhorrent prosecution and fines that goes up to $9,000 for adopters.