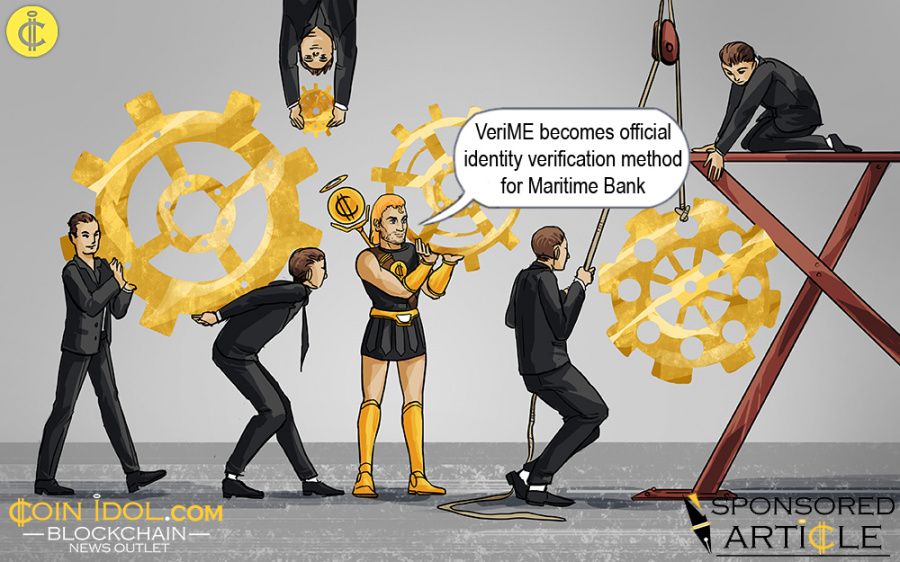 One of the more useful applications of blockchain technology is its potential ability to help realize decentralized identity authenticators. This application would be a huge benefit to many businesses, especially those in in the financial sector that are subject to burdensome and expensive KYC and anti-money laundering laws.

Civic is a big name in this regard, as it has made a name for itself in the cryptosphere as one of the more interesting projects for leveraging blockchain tech to create a platform that allows for smooth and seamless identity verification.

Now, another name is looking to throw its hat into the blockchain-based verification ring (so to speak): VeriME.

The Singapore-based startup already has a lot to brag about as it just recently partnered with Maritime Bank -- one of the largest banks in all of Vietnam. The bank plans to leverage VeriME’s D-KYC (KYC) & D-SECURE (Payment Authentication) services in order to enhance its digital banking and checkout experience for customers.

Furthermore, Maritime Bank isn’t even the first bank to partner with VeriME. Indeed, Maritime Bank is the 3rd financial institution to form a partnership with the blockchain startup -- demonstrating a unique appeal to banks within the country.

Sanjeev Kumar, co-founder of VeriME comments on the original motivations for creating VeriME.

“The rising KYC challenges and its costs, which companies as well as customers were facing made us think of a better solution. A solution which will not only automate the whole process but will also make the complete KYC and due diligence process faster, seamless and efficient, and that’s when the idea of VeriME was conceptualised.”

VeriME was launched in the beginning of 2017 in Singapore as Verification-as-a-Service (VaaS) blockchain platform. It was created mostly with the financial sector in mind, as the team behind VeriME hoped to streamline identity authentication in order alleviate the cost of complying to KYC laws and the like.

It’s also hoping to provide a transparent way of complying with KYC laws using blockchain, given its nature as a publicly accessible ledger. Additionally, VeriME is partnered with 30+ partners globally encompassing more than 300,000 online merchants and their consumers.

VeriME has two main products that it offers to its enterprise customers: D-SECURE and D-KYC. Both fundamentally have to do with identity verification, with the differences being in what aspects of authentication they deal with and what specific problems they solve.

D-KYC is a feature of the VeriME platform that fulfills the function of ensuring KYC identity requirements -- in seconds. This makes its more cost effective than the current way of doing KYC, there’s natural privacy protections through encryption, no face-to-face interaction, and no third party dependency.

There’s also D-SECURE, which is another feature of the platform that gives merchants payment authentication abilities via a blockchain-based platform. The benefits would include 100% chargeback protection, quick authentication (within milliseconds), and incentives for each transaction made.