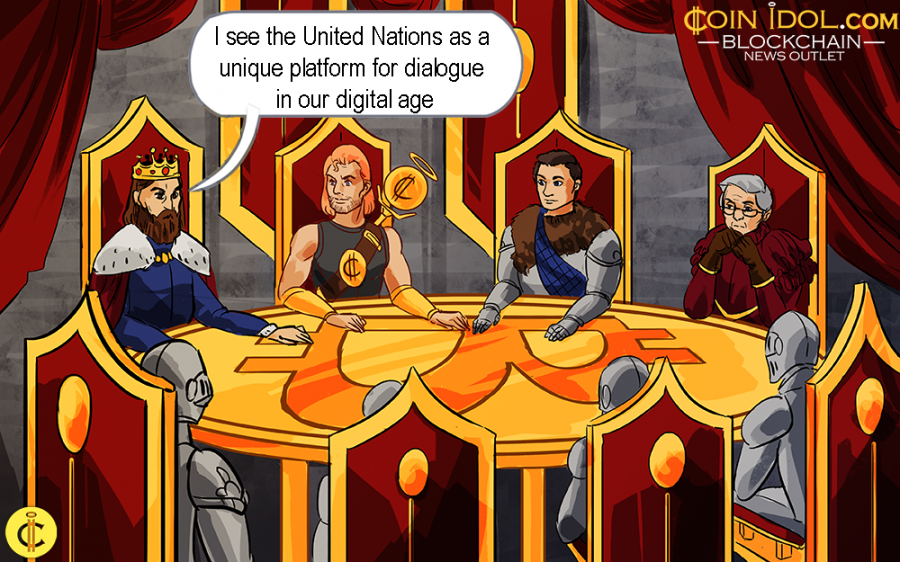 The United Nations Secretary-General António Guterres has consulted over 120 member states, financial market industries, and other societies on the matter of a new rapidly-growing fintech. As a result, a panel of 20 experts was arranged to explore possible ways of blockchain development in the digital area.

“This is the first such panel of its kind and will be comprised of women and men at the frontiers of technology, public policy, science, and academia. The current means and levels of international cooperation are unequal to the challenge. I see the United Nations as a unique platform for dialogue in our digital age. That competitive spirit that mindset could pervade this domain and does impede the potential of digital technology to contribute to the achievement of the goals of the Agenda 2030 on sustainable development,” Guterres said in a statement.

Leaders Of The Initiative

António Guterres, the chief developer of the initiative, explained his core vision claiming that blockchain tech would help to solve the world’s problems. Melinda Gates, a  famous philanthropist, was invited to be one of the heads of the panel oriented on the digital cooperation and improvement of world’s biggest issues. Jack Ma, the founder of Alibaba, will also be observing and supervising the process of blockchain implementation.

Guterres also reported that this initiative was developed as a way to influence and control the newly-born technology that has a great impact on many aspects of people’s lives, including economy, trade, cryptocurrency, security, and so on. Instead of fighting the unknown system, the United Nations wants to take advantage of it by bringing the initiative to life.

The panel, devoted to the fintech trends, such as blockchain, is expected to be arranged in New York this September as a part of the United Nations General Assembly. The next meeting is set to be held in Switzerland in January next year.

It is interesting to notice, that the UN has already tried to explore blockchain technology two years ago. Back in October 2016, the United Nations added the technology to the preview of its agenda. According to the BTCManager, the institution wanted to utilize the technology for the purpose of creating a transparent government and providing a legal identity for people from different parts of the world.