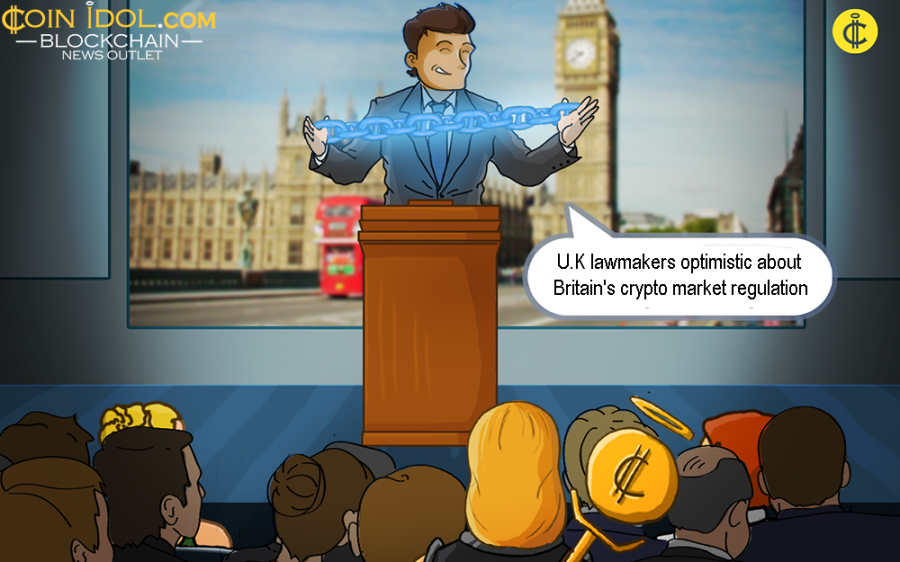 British lawmakers said on Wednesday, September 19, 2018, that the digital currency market requires immediate regulations. The government should take an extra step to secure retail investors from unstable prices, technical vulnerabilities and set U.K to turn into a world leader in the Crypto sector, given its stead as a financial hub.

As per Parliament's Treasury Committee report, the approach of the British government is obscure and ambiguous.

“It’s unsustainable for the Government and regulators to bumble along issuing feeble warnings to potential investors, yet refrain from acting,” said Nicky Morgan, the chair of the Parliament’s Treasury Committee. “Given the high price volatility, the hacking vulnerability of exchanges and the potential role in money laundering, the Treasury Committee strongly believes that regulation should be introduced.”

Several Crypto asset investors are presently not given enough protection from intrinsic risks. There are also unclear mechanisms for consumer relieve or reimbursement. As per Reuters, regulation in the British Crypto market would guard consumers and stop any illicit uses of digital currencies such as money laundering.

CryptoUK, the independent regulatory trade association for the U.K's Crypto sector also embraced the plan for regulations. Perfectly, the British government would bring laws that is a proper equilibrium, enabling the nation to flourish as an international leader in the Crypto industry while protecting consumers from noumenon Ponzi Schemes and deadly scams.

Regrettably, "as the country and regulators consider whether the present Wild West condition is accepted to go on, or whether they will bring regulation, consumers stay not protected," revealed the Treasury Committee, according to BBC.

Nations Remain Dazed on how Best to Regulate Cryptos

The U.K is, nevertheless, not the only nation unsure of regulatory laws regarding the Crypto sector. Reuters reported that there are many differences between various countries especially on the side of regulating Crypto.

Japan, was the first nation to regulate and supervise digital currency exchanges. Their primary goal is to put into practice the regulations to leverage the Crypto sector's noumenon future growth.  Then again, strict Asian nations such as China have a general blanket ban against digital currencies and ICOs in the nation.

Western nations have, however, taken less action over the digital currency industries. The US SEC has, nevertheless, toughened its position, as they delve into how Cryptos should be treated and whether they should be deemed as securities. The EU has totally avoided regulation because of the size of the Crypto market.

Tags
Market Regulation Cryptocurrency Government Digital currency Price Hub
Most Popular
Oct 23, 2022 at 09:30
Price
Polkadot Is in a Fresh Decline as It Reaches the Low of $5.65
Oct 22, 2022 at 13:49
Price
Weekly Cryptocurrency Market Analysis: Altcoins Resume Fresh Decline to the Oversold Region as Bulls Buy the Dips
Oct 22, 2022 at 09:30
Price
Ethereum Declines Gradually as It May Attract Buyers at Lower Levels
Oct 21, 2022 at 11:50
Price
Ripple Resumes a Downtrend as It Retraces Above the Breakout Level of $0.41
Oct 21, 2022 at 10:54
Price
Binance Coin Consolidates but May Slide Down to $244 Low
More