UAE Government Plans on Using Blockchain for 50% of Its Operations 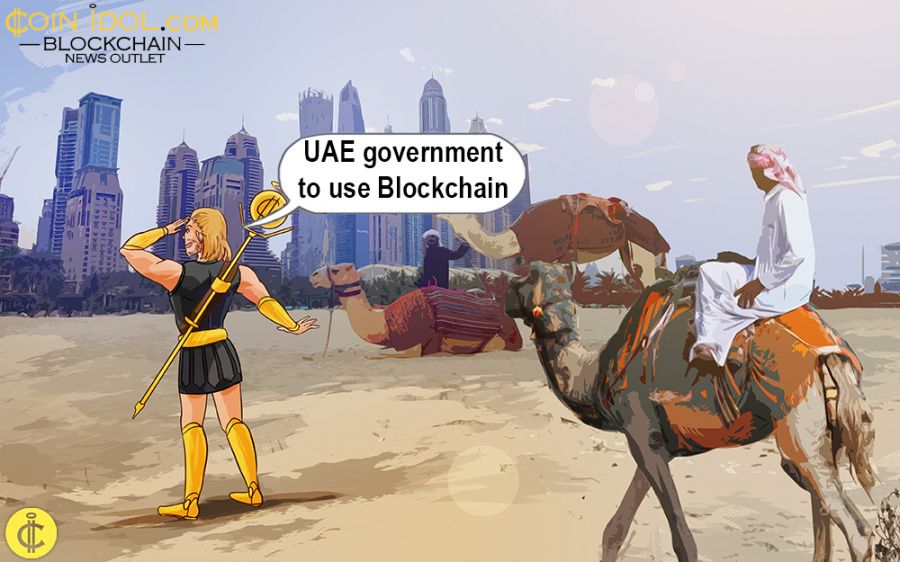 The United Arab Emirates (UAE) government is considering using futuristic technologies including blockchain or distributed ledger technology (DLT) in more than half of its operations in the near future.

According to a recent PwC report, the massive potential of blockchain cannot be laid on with a trowel in its use in a variety of industries. From the time this technology was launched, different companies have been gradually adopting the technology, and now there is a steep positive trend showing the tech being adopted in a wide range of government bodies all over the world. The topical government adoption of the DLT is that of the UAE which is now taking advantage of the tool to develop over 30 colossal projects.

The UAE government disclosed this move to the public through a  whitepaper titled “Establishing Blockchain Policy” published on October 6, 2019 by PricewaterhouseCoopers (PwC), the world’s second biggest professional services company headquartered in the United Kingdom with operations in more than 158 countries globally.

The whitepaper pursued to scrutinize the likely applications of blockchain to specific terrestrials, like the United Kingdom, Malta, U.S., UAE, etc.

According to conducted research, the initiatives would be assumed under the support of Smart Dubai, a state-backed project that uses blockchain technology to revolutionize processes and obsolete-proof gassed-up and revved-up government. The initiative lately rolled out a Blockchain as a Service (BaaS) platform that will be accommodating various DLT applications.

Also, the PwC whitepaper applauded that all UAE government bodies should try to institute channels which would trigger the amalgamation and boom of both the private and public sectors, and other standing administration services with the DLT.

Furthermore, ADGM FSRA, the financial regulatory authority, drafted strong rules and regulations for digital currencies including Bitcoin, so as a more secure environment can be created for cryptocurrency-related businesses and transactions to flourish.

However, the Central Bank of the UAE (CBUAE) came out openly to fight cryptocurrencies and unveiled that a digital currency shouldn’t be considered as legal tender, hence not used in any financial transaction setting.