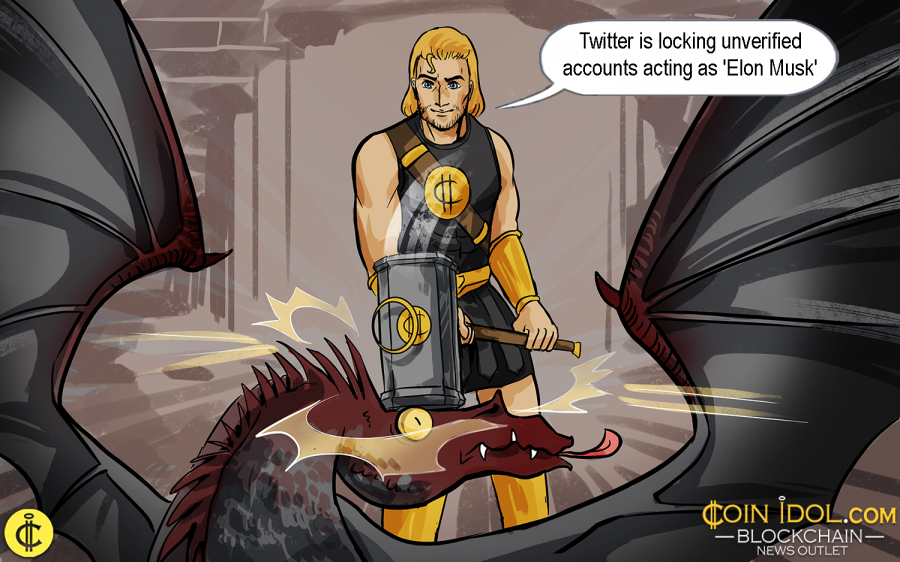 Twitter has begun locking every illegal and unverified account that alter their name and identity to Elon Musk in a bullish struggle to fight a rash of crypto scammers.

Any unverified Twitter account has doesn't have an associated phone contact will face a second yellow card the very moment it changes its usual display name to Elon Musk. However, to get back access, the user will have to properly do a CAPTCHA test and innocently prove he is really the owner and even go ahead and provide a phone number, according to the Verge.

The new measure us to fight a rash of spambots, that have been commonly hijacking responses to Elon Musk's profile picture and display name, but their handles aren't the same. One good example is the account dubbed "Elom Tusk," which intended to be offering free cryptocurrencies. 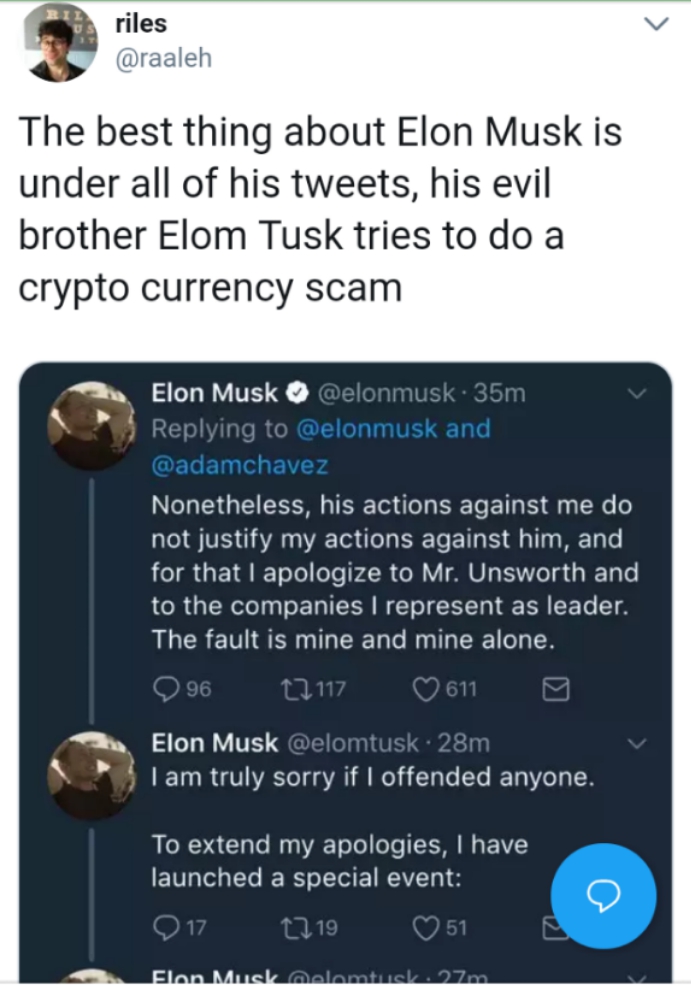 Elon himself knew about all the bots overflowing in his replies. 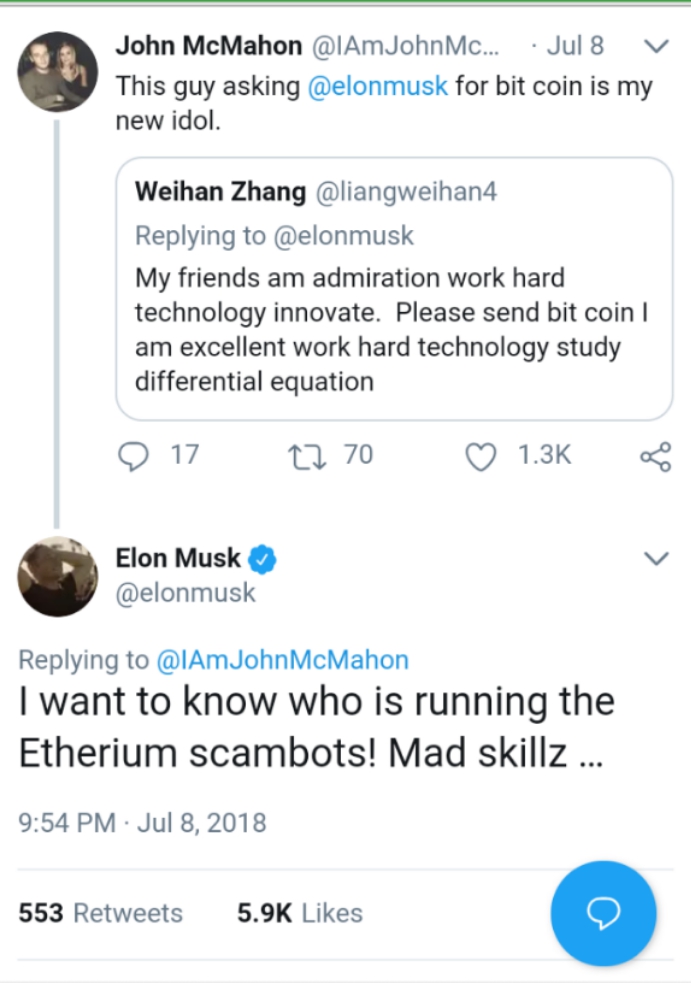 As bots are the principal focus of the crackdown, whoever that proves the authenticity of their account is permitted to take the great name Elon Musk.

A Twitter spokesman said that as part of the company's unending efforts to deal with spam and malicious activity on the company's service, Twitter is testing new efficient measures to identify accounts that apply terms normally associated mostly with spam campaigns. He added that Twitter is continuing to purify and refine these detections having a basis on changes in spammy activity.