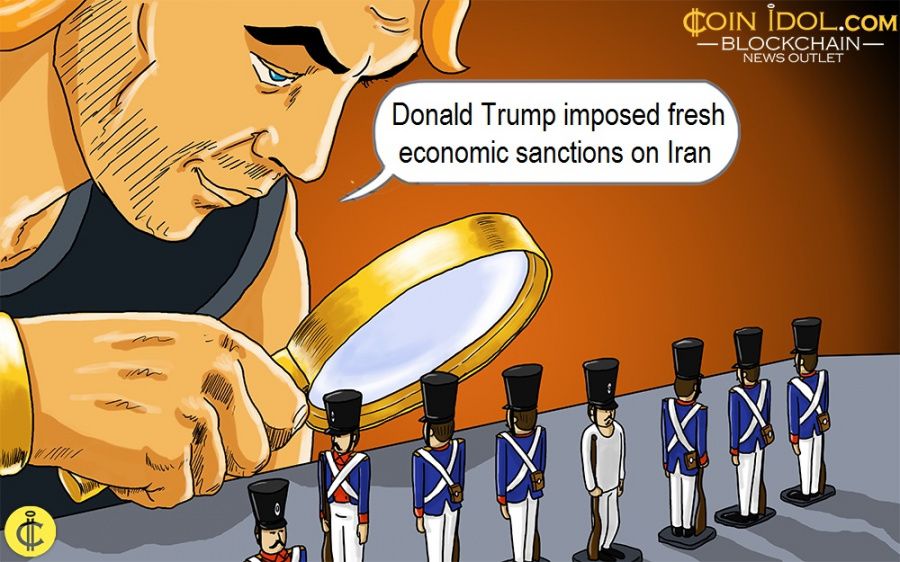 As of the recent political events between the long term sworn enemies of the United States and Iran, new measures have been reintroduced by the former. The United States under the Donald Trump administration imposed fresh economic sanctions on Iran. Following the sanctions aftermath prices of commodities like Bitcoin and Gold started to steadily enter a bull run.

How It All Started this Time

As long term rivals and sworn enemies, Tehran and Washington DC have been poking each other for as long as history can remember. Recently Iran expanded its foreign military operations in the middle east into countries like Iraq and Syria. This move angered the United States which sees itself as the Global military powerhouse. It is to be remembered that the US also has troops stationed at several locations in the Middle East.

Iran sent it’s most prominent and powerful General to man operations in the middle east to fulfill its interest in the region. The powerful and feared General Qasem Soleimani did his job very successfully hitting massive American and Terrorist Targets. And that became the general appeared on Pentagons radar as a target to be taken out.

After a long period and tracking and Tough decision making, Donald Trump ordered a drone attack on a suspected convoy transporting General Soleimani in Iraq. The shot was taken and the brave general kissed his death. The aftermaths of the even stirred a mini international crisis after both Tehran and Washinton vowed hostile responses to each other.

Tehran responded to the attack in a move which seem to have been motivated by political pressures at home. After the attack on some US bases in Iraq, America slapped the economically struggling nation with more economic sanctions. Already the existing sanctions on Tehran has created inflation and destroyed the major market of the economy.

The recent sanctions alone are expected to cause devastating financial impacts on the Iranian economy. At the moment the market has already responded significantly to the current sanctions. Economically political turmoils have a direct impact on the level of economic activities of a country.

With the nature of Bitcoin and Gold, Tehran could turn to these two commodities to try to offset the effects of the economic sanctions levied by the Trump Administration. Given the population of Iran, increased demand in Bitcoin could lead to a global surge in the price of Bitcoin.