Traditional Banking System Will Be Completely Broken In 3-5 Years 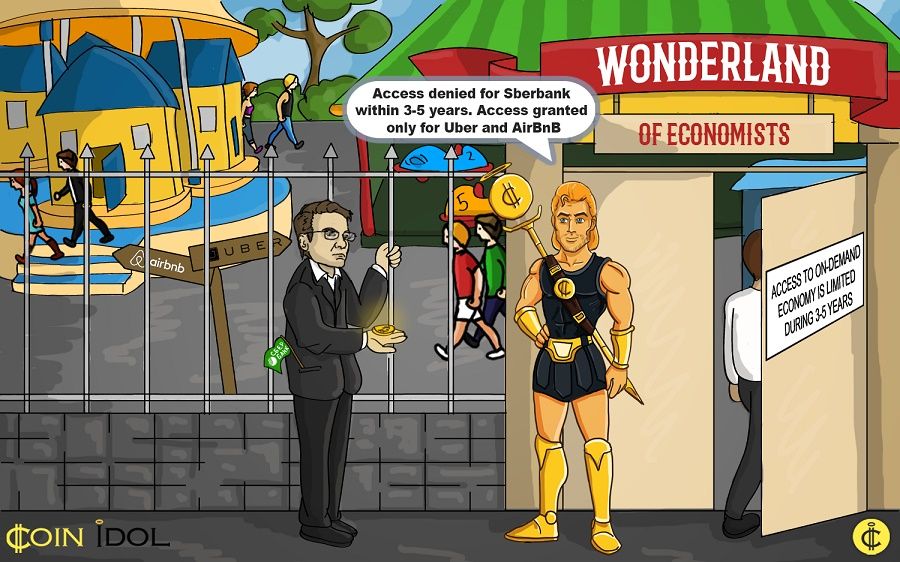 German Gref, the President of Sberbank, the largest bank in Russia and Eastern Europe, and the third largest in Europe, spoke about the complete breakdown of the traditional banking system within just 3-5 years. He predicts giant changes in the banking industry sooner than most people expected.

According to his statement at the Eastern Economic Forum, held on September 2-3, 2016, previous theories on the changes in banking industry in 10 years are wrong, they will require much less time to happen.

"The banking sector will be completely broken in the coming years. It won’t take 10 years; it will be in three years, in five years."

Today’s financial sector is experiencing serious shift because of the growing sharing economy and on-demand economy, which is a business model where goods and services are traded on the basis of access rather than ownership. The term arose as a correction to the term sharing economy because major players in the sharing economy, such as Airbnb and Uber, are commercial enterprises whose businesses do not involve any sharing.These models have every chance of breaking lots of business spheres and industries we are used to.

"At this turning point [anyone] can move up to the top, or be swept away by this wave."

Banking system is functioning as intended

“The tight connection with government, and their desire to maintain control of fractional reserve banking and inflationary currency make a blockchain currency incompatible with their model. It would be like having a blockchain with say bank coin on it, and they can just issue many many more at any time. Really, their system works on smoke and mirrors. The issue is really if you believe governments will destroy their home currencies, and go with a decentralized global one. Otherwise the blockchain is just a shared ledger that tracks the already running system,” commented Gavin Knight, COO of CredibleFriends.com to CoinIdol.com.

“Many economists would tell you this is good, that fractional reserve banking unlocked potential for markets. The general thought in this space, I suppose, is that banks are broken. They're not broken, they are functioning as intended. The market collapse was not due to currency, but highly speculative mortgage-backed securities.”