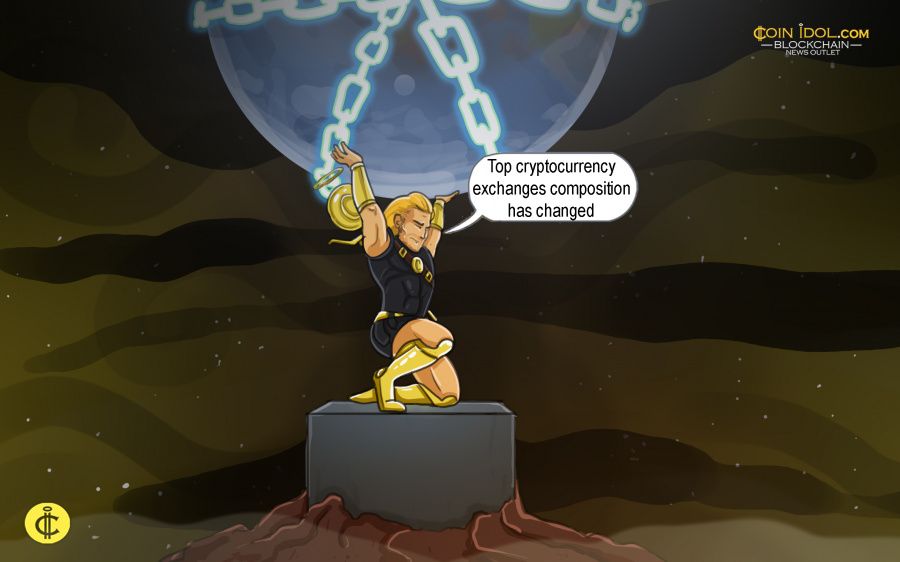 In this fast-growing cryptocurrency universe, 2016 seems like donkey’s years ago. Very many giant cryptocurrencies have fallen by a resting-area and 80% out of the top ten crypto platforms by trading volume have completely lost their position. Time has lacked sympathy to many bullish cryptocurrency exchanges including altcoin.

Since 2016, the top cryptocurrency exchanges composition has changed, and volumes traded dramatically. Coinmarketcap registered the top exchange as being Okcoin.cn that had a 24-hour volume of $440 million in August 2016. As per now, it’s position is 188th with $17,000 trading volume making Bitcoin and Litecoin to be the top traded pairs currently.

BtcTrade was the second on the list by trade volume in the year 2016 with $218 million 24-hour volume but today it is ranked 54th with a volume of $23million. At that time, Ybcoin and BTC were its pinnacle traded pairs but today, BCH and ETH are BtcTrade’s top pairs.

Huobi and Kraken have persisted in remaining among the top 10 since 2016 as Huobi was in the 3rd place but now currently is in the 4th position regardless of its 24-hour volume having increased from $165 million to $1.3 billion. This trend automatically shows a normal soar in the digital assets value like bitcoin, litecoin and others. 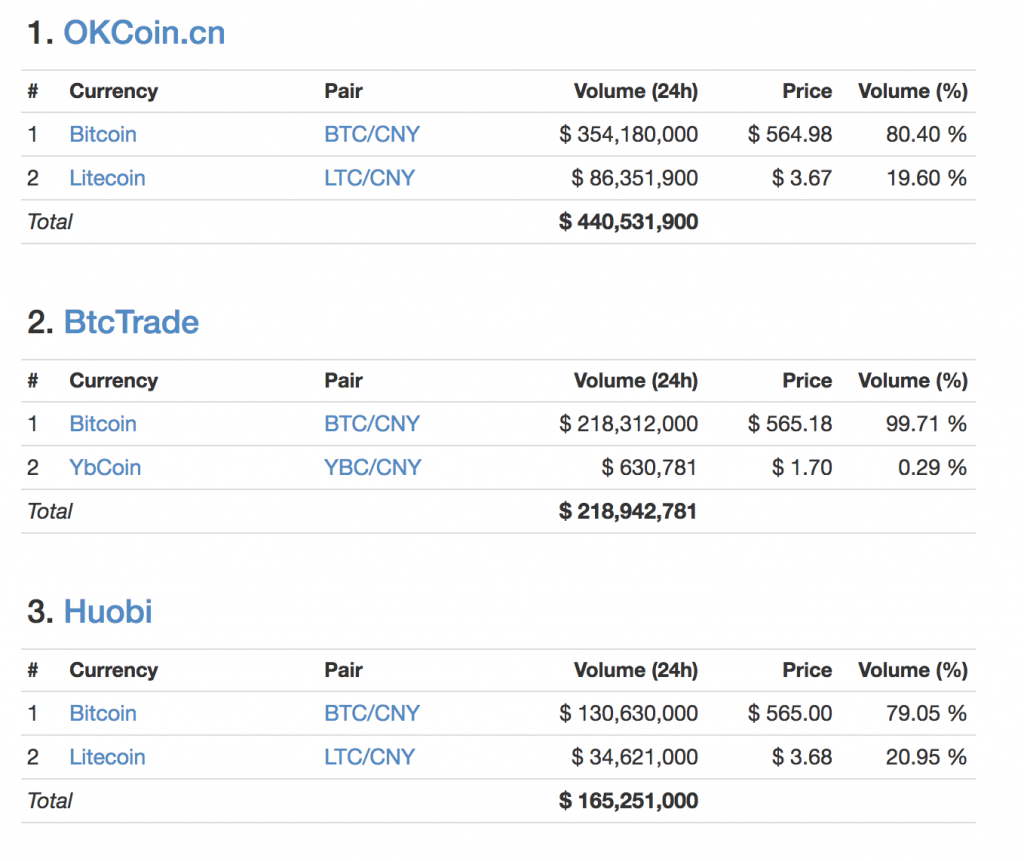 The top three exchanges in August 2016

Two Years Later, This Is What Has Happened

This is how the top 10 cryptocurrency exchanges was standing like in 2016 and how it looks like in 2018:

A lot of experts write altcoins off as being temporary and go ahead to predict that a large number of cryptocurrency will die slowly like a giraffe. Their research may be correct to a certain extent since very few dominant cryptocurrency exchanges from 2016 lived long and the high rate for exchanges outstepped that of coins.

In 2016, Coinmarketcap listed 105 exchanges, versus 213 now, nonetheless, only 60% of those exchanges that were listed at that time had any semblance of a meaningful volume of above $10,000 daily. Putting inflation factor into consideration, 90% of today’s exchanges have some similarity of a venerable volume.

One of the coins which reckoned for the top trading volume in 2016, only Nxt, Dogecoin, Maidsafe and DAO still surface. A large number of informed people today believe that the top 10 exchanges have totally improved and gotten better.

The endly indicator of how much the cryptocurrency landscape has changed in the last two years is directly generated from the total trading volume. The top 10 exchanges had over $1 billion cryptocurrencies traded daily in 2016 and today the figure is at $10.6 billion. The goal posts will be now shifted two years from now to examine how many 2018’s top exchanges are still existing and competitively standing.

Tags
Cryptocurrency Exchange Volume Trading Bullish Altcoin Million Kraken OKCoin
Most Popular
May 01, 2021 at 12:54
News
Russia is Going to Establish a Special Department for Exploring Artificial Intelligence
May 01, 2021 at 11:58
News
Dogecoin Price Pushes To The Upside; Can Bulls Breach The $0.45 Resistance Zone?
May 01, 2021 at 10:10
News
VersoView: Building Brands and Communities with Unique Blockchain Publish, Engage and Reward AI Solution
May 01, 2021 at 09:16
News
Polkadot Resumes Fresh Uptrend, Targets Resistance at $48
Apr 30, 2021 at 14:28
News
Ethereum Faces Rejection At $2,800, Consolidates Above $2,700 Support
More