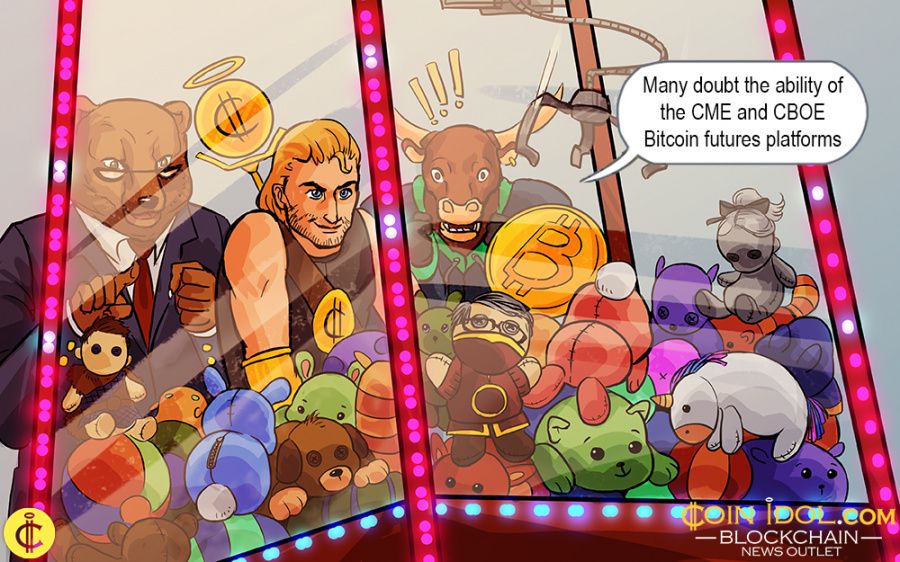 A new and fresh plot begins in the soap opera of the ETFs on Bitcoin with the sending of an official letter from the SEC to NYSE heads. The letter communicates to the concerned people in control of the New York market which the commissioners have demanded studies in depth and the sentiment sent out this very week could be revised and reviewed.

While in this week's serious statement which gainsaid authorisation there were several references to the many doubts about the ability of the CME and CBOE Bitcoin futures platforms, at least these platforms can now present their version and prove that they can handle the volume rise that is anticipated in case the first Bitcoin ETFs are consented and authorised officially.

Bitcoin is playing within the lateral area with $6,875 price as a ceiling level and $5,858 price as the floor level.

BTC/USD is now trading at a $6,523 price level, which is a little below the congestion price resistance that is at $6,580 price level. If it was to rupture this level, the next level to watch for is $6,750, where it would also touch the trend line at the June lows. If BTC/USD manages to surpass this trend line, it will press into a new scenario where it will largely seize on the upside significance generated in recent weeks.

ETH/USD is now going at the $275 price level, fenced in a figure with a greatly bearish structure. It is just above a congested price support with less room for dropping as a close below $250 price level would be very disastrous for the medium term.

Above the latest price the first visible objective for the ETH/USD to regain is the $300 price level, thereafter moving to $380 as the next price congestion resistance, and at this point, it will be coinciding with EMA50.

XRP/USD is in a better position than Ethereum. All four points of support are effectual before touching the critical levels. These brackets are effectual in price levels of $0.32, $0.29, $0.27 and $0.25. And below $0.25 price level, it would lead to the downward trend in trade. Currently,  XRP/USD is trading at a $0.324 price level.

XRP/USD wants to surpass the $0.45 price level to halt the huge extension which has carried it down to the comparative lows of $0.25.

Tags
Bitcoin Price Ethereum CBOE CME Forecast Ripple ETF New York Opera
Most Popular
May 18, 2022 at 11:47
Price
Bitcoin Cash Recovers above $190 after a Sudden Price Spike
May 18, 2022 at 10:50
Price
Weekly Cryptocurrency Market Analysis: Altcoins Consolidate at Recent Supports but Are Unable to Rally
May 18, 2022 at 09:49
Price
Cardano Regains Bullish Momentum but Encounters Selling at $0.59
May 17, 2022 at 13:30
Price
Litecoin Consolidates Above $63 as It May Slide to $40 Low
May 17, 2022 at 12:30
Price
Weekly Cryptocurrency Analysis: Altcoins Attempt A Recovery Rally In Anticipation Of A Bull Market
More