Top 7 Cryptocurrencies Lose Over 40% of Value in July 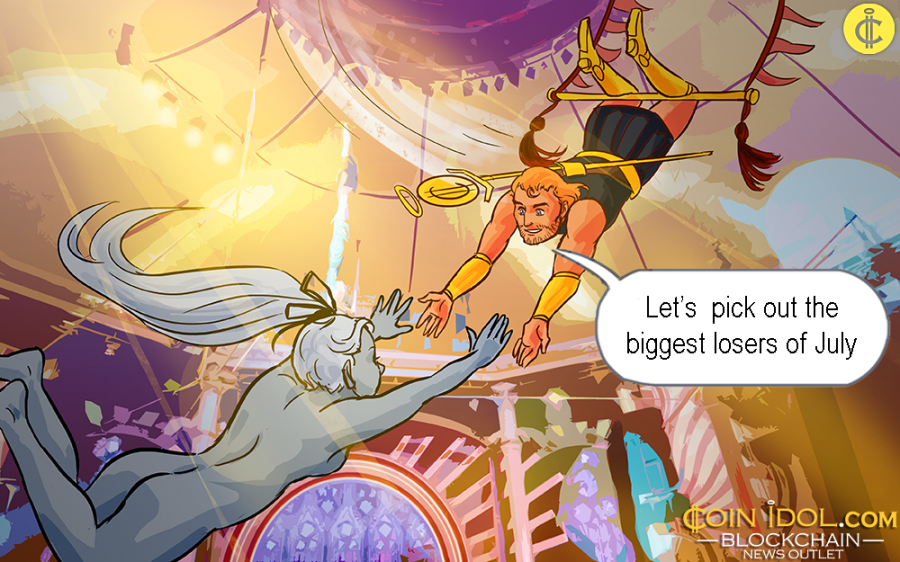 Cryptocurrency market trading has been slowed down by a prolonged price correction of Bitcoin and other major altcoins. Some of them have managed to be traded in the green most of the time, but others have suffered enormous losses. Let’s take a look at the top 100 cryptocurrencies by market cap and pick out the biggest losers.

July started with major cryptocurrencies trading in the red. Bitcoin has lost around 18% in value and more than 56 percent in volume, as per hackernoon. Ethereum, the second cryptocurrency by capitalization, has lost over 30% in price and its monthly trading volume went down by almost 10 percent. In July, the total market capitalization has decreased by $55 billion, according to coinmarketcap. 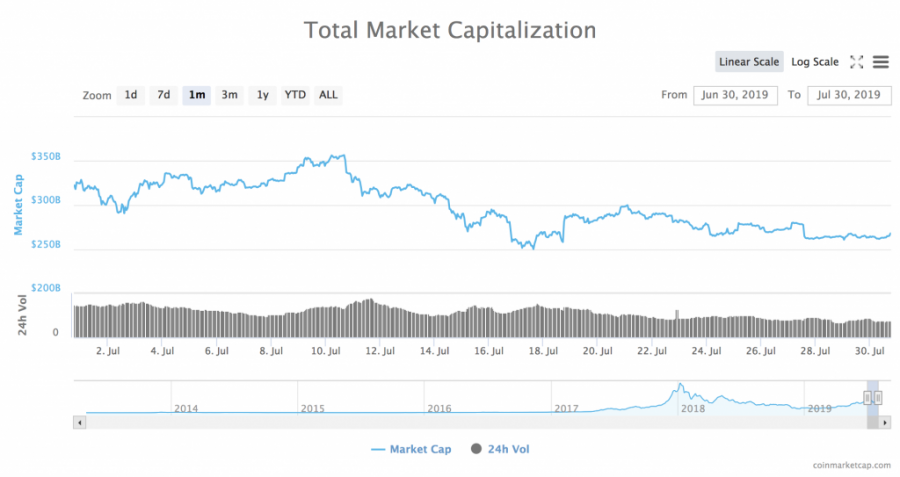 Having analyzed the top 100 digital currencies by capitalization, we defined the 7 worst performing coins of this month. They are Metaverse ETP, ABBC COIN, Qtum, VestChain, Ardor, OmiseGO, and Zcash, according to coincodex. 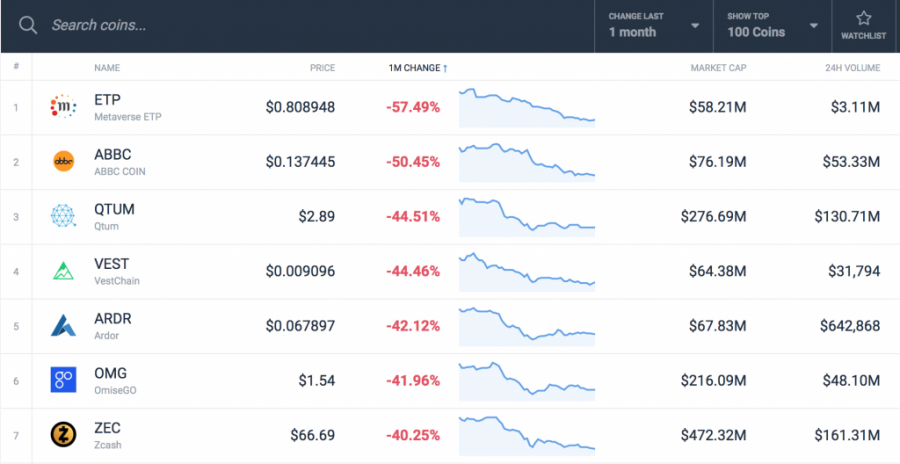 Metaverse ETP (ETP) is changing hands at $0.808948 per coin, approximately 57 percent down since June. The cap is $58.21 million and the daily volume is $3.11 million. The cryptocurrency can be bought on HitBTC, TOPBTC, QBTC and RightBTC cryptocurrency exchanges. 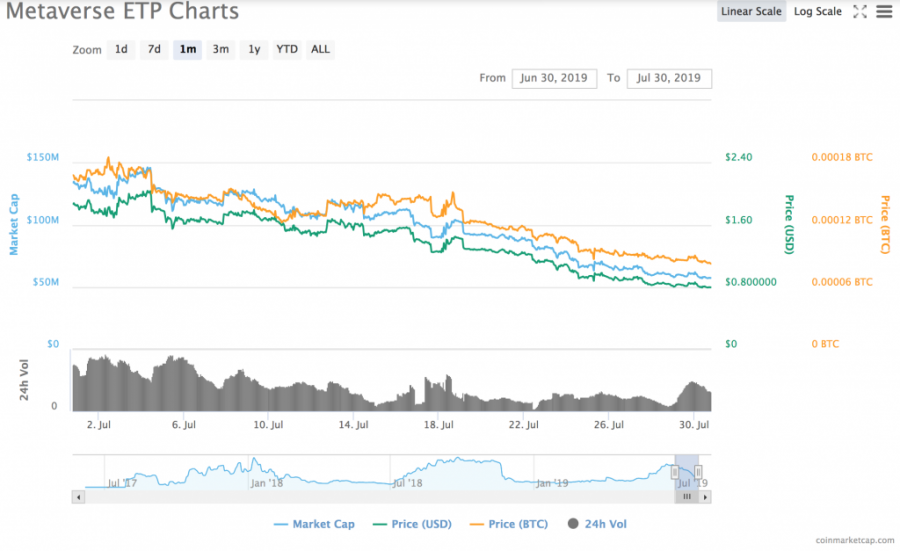 ABBC COIN (ABBC) has a capitalization of $76.19 million, with $53.22 million being traded in the last 24 hours. One coin is traded for $0.137445 at the moment of writing. That is 50.45% drop in the matter of 30 days. The digital currency has partnered with Buyaladdin, an online shopping platform, and it is now accepted as a method of payment along with Bitcoin and some altcoins. 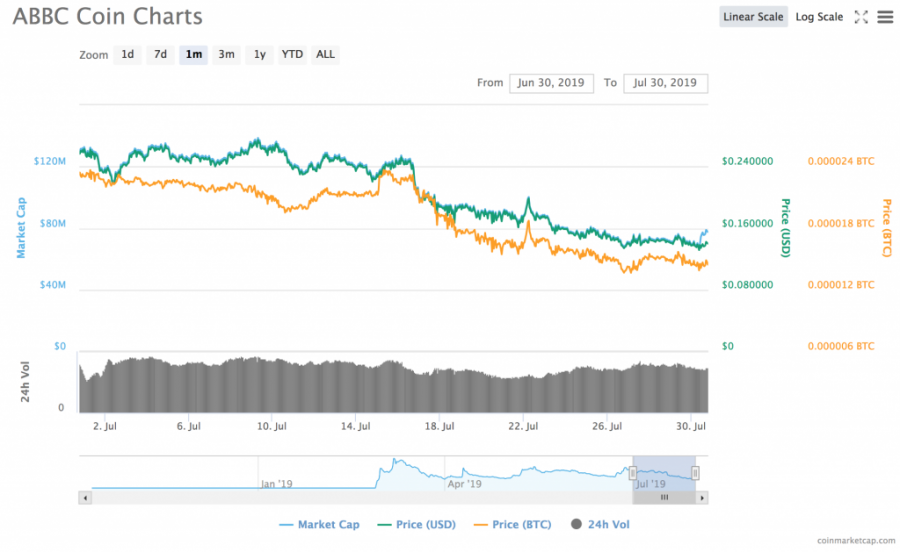 Qtum (QTUM) is 44.51% down and is trading at $2.89 per coin. The capitalization sits at $276.69M, while $130.71 was traded over the last 24 hours. Last week, Abra app announced that it will restrict US citizens from  holding a number of cryptocurrencies including Qtum. 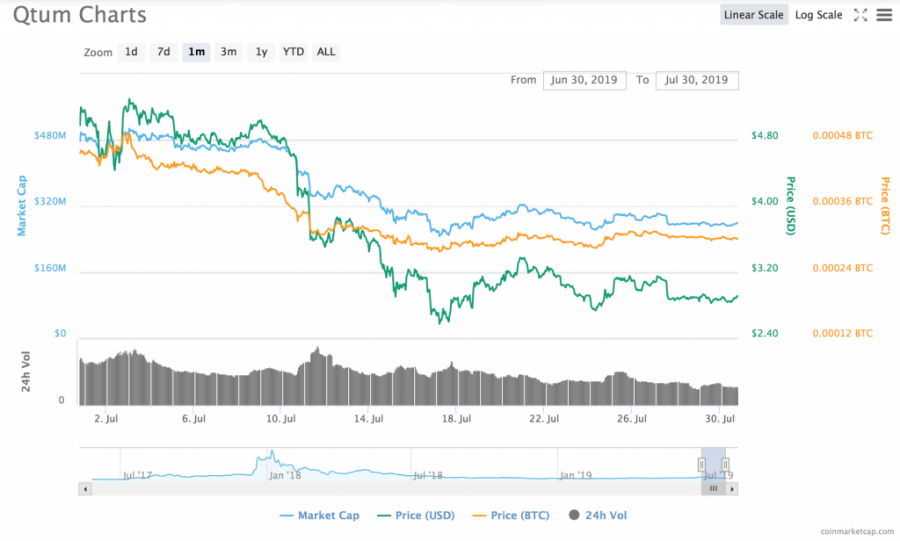 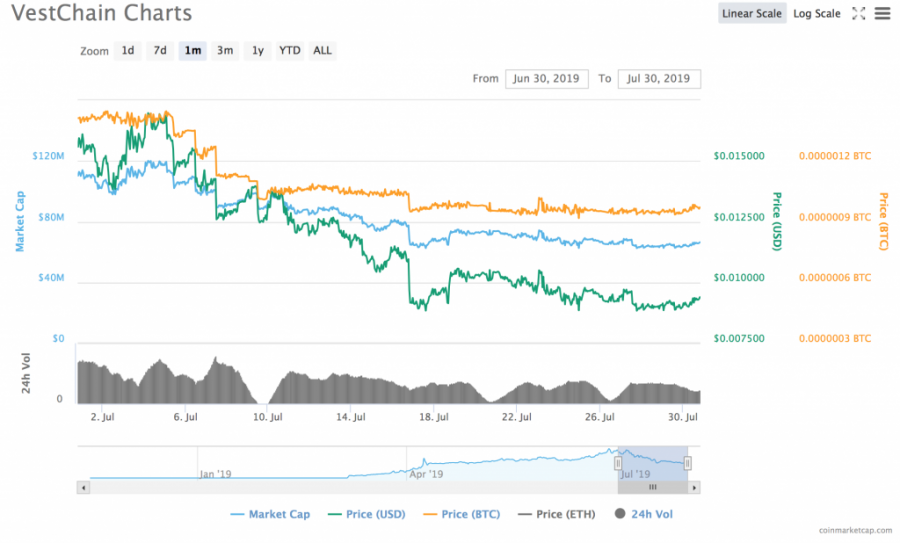 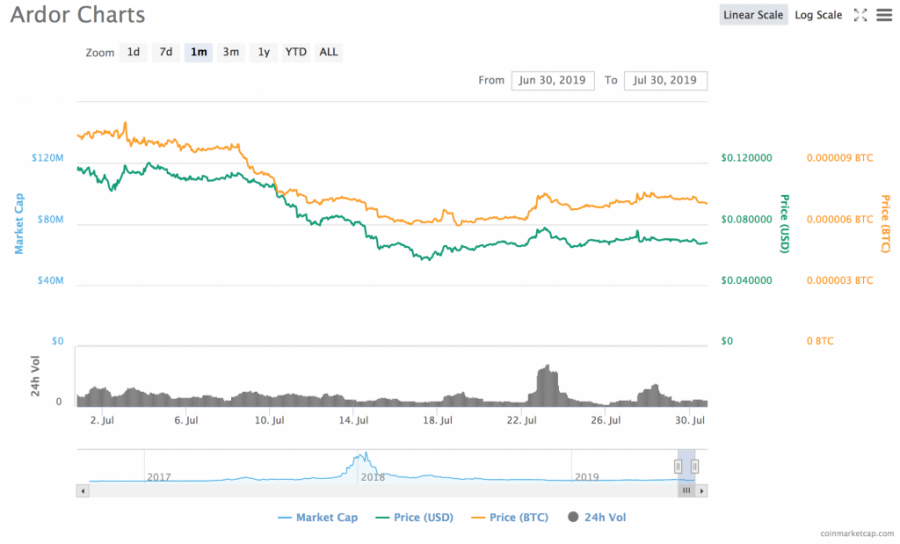 OmiseGO (OMG) has been trading 41.96% below its last month point, with a price of $1.54. OMG has a capitalization of $216.09 million and the daily volume of $48.10 million. The project reportedly obtained a large investment from Nomura Holdings, an influential Japanese investment company. 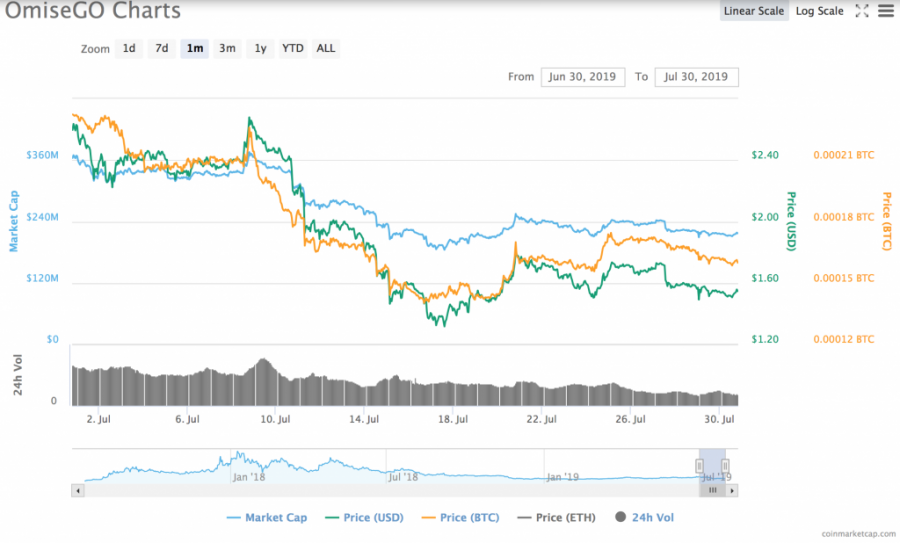 Zcash (ZEC) has a market capitalization of $472.32 million. The daily trading volume is $161.31 million. At the moment of writing, 1 ZEC can be bought for $66.69. The cryptocurrency has lost over 40% of its value in July. During this month, Zcash has experienced a hard fork, which led to the creation of Ycash, a new cryptocurrency powered by blockchain network. 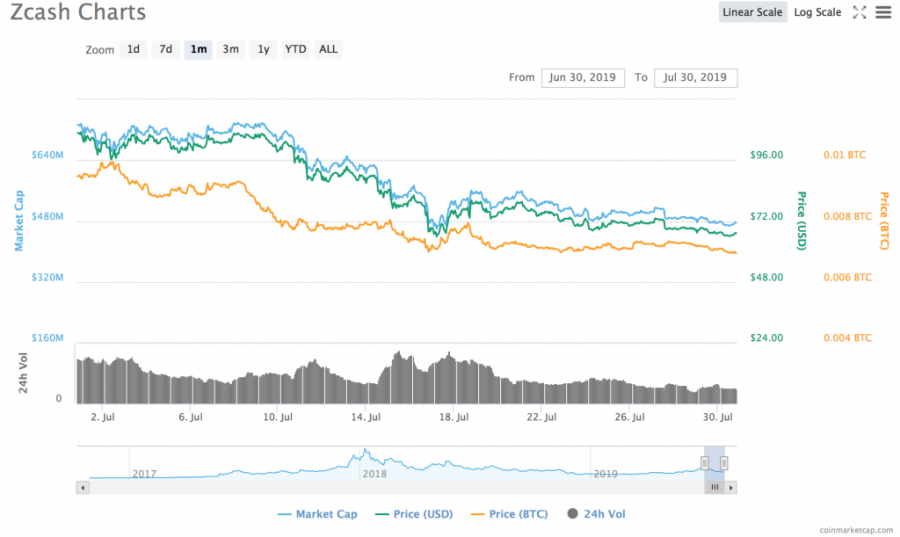 Tags
Cryptocurrency July Value Market Cap Trading Price Bitcoin Market Altcoin
Most Popular
May 02, 2021 at 11:54
News
South Korea Announces Testing of CBDC Right After Imposing a New Tax Framework; Is It a Coincidence?
May 02, 2021 at 10:36
News
Chainlink Breaks Initial Resistance at $38, Eyes $44 Overhead Resistance
May 02, 2021 at 09:14
News
Uniswap in Minor Retracement, Set for More Upside Momentum
May 01, 2021 at 12:54
News
Russia is Going to Establish a Special Department for Exploring Artificial Intelligence
May 01, 2021 at 11:58
News
Dogecoin Price Pushes To The Upside; Can Bulls Breach The $0.45 Resistance Zone?
More