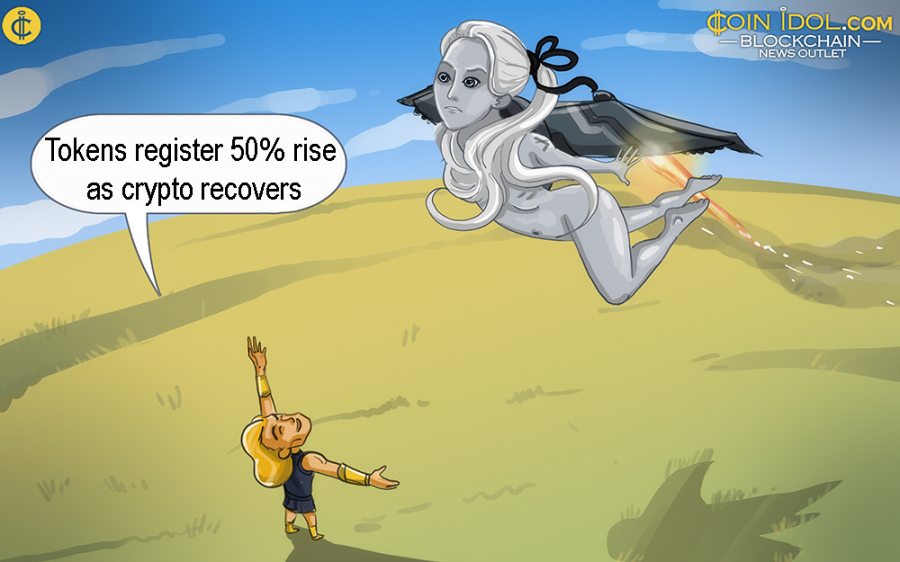 Over the past day, tokens like VeChain, PundiX and Ontology registered a 5% increase against the US dollar, as the cryptocurrency market regained and Bitcoin (BTC) displayed stability.

VeChain registered the highest increase in value on Friday, August 17, surging by more than 50% against the US dollar, hence being the best performing digital asset in this very week.

Many investors tend to fear risky high-return trades, more certainly tokens and small market cap Cryptos. As a result, the dominance index of BTC reached almost 60% throughout the last week for the first time since late last year.

In the last day, a soaring number of investors have begun to reallocate their money from bullish digital assets such as BTC and Ethereum (ETH) to tokens like ICON, Nano, VeChain, Waltonchain, Ontology and PundiX, carrying the valuation of the cryptocurrency market higher.

As the BTC price remains somewhat stable in the $6,500 area and other giant Cryptos struggling to register significant gains, the big increase in the price of tokens shows rising confidence from investors in the crypto market.

Bart Smith, head of digital assets at Susquehanna, noted that the introduction of the Tracker One ETN to the large US markets may become an engine for the prevalent currency's next rally. He stressed that due to  ETNs basically carry out the activities of exchange-traded funds (ETFs) in the normal finance market sans some of the insurance and protection clauses, several retail investors could heavily invest in BTC market sooner or later.

“It’s $8 million traded today (via the ETN). So if you had that repeat in a fund over and over again that would add up pretty quick. I would think that if this volume persisted over time that the ETN could be a big deal, but the market didn’t move and the market is in show-me mode. There’s been a lot of news that has come along that you would have thought would have been a catalyst,” Smith said.

If the majority of significant developments in the crypto ecosystem, the high likelihood of the approval of the Cboe BTC ETF, and the formation of BAKKT by ICE, Starbucks, Microsoft and New York Stock Exchange begin carrying an impact on the market. The Crypto industry could enter yet another mid-term rally.

For very many days, investors have been unwilling towards investing in tokens and more risky trades. It is good that a rising number of retail traders are now committing to minuscule market cap Cryptos, carrying upwards the volume of cryptocurrency market.

The optimal scenario for the crypto market in the coming few hours and days would be BTC displaying stability in the mid-$6,000 area, setting a strong foundation for a large rally in the short-run.