THEKEY: Announces their Platform for Identity Verification and Pension Claims – Laying the Foundations for Real World Cryptocurrencies Use Cases 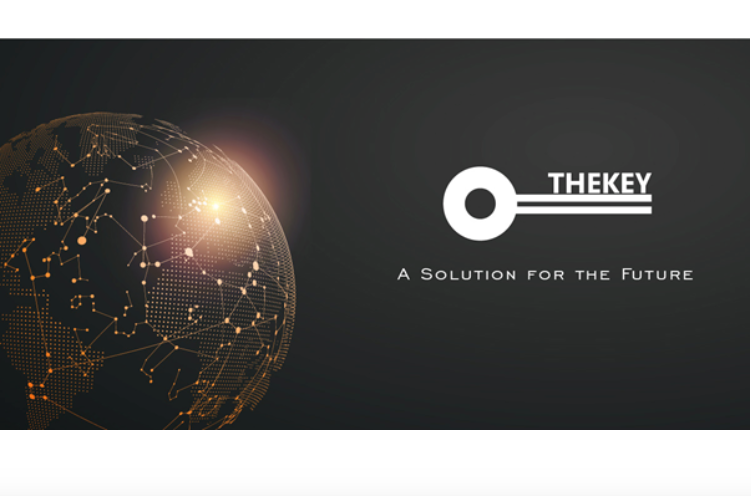 THEKEY’s Identity Verification (IDV) technology in the survival certification part of the pension claim has allowed the Forest Industry Administration of Heilongjiang Province (shortened to the Administration) to be much more efficient and accurate in releasing annual retirement pensions.

THEKEY’s tokens (TKY – tradable on  KuCoin exchange under the TKY/ETH pair and additionally on  Ibank also using the TKY/ETH pair. The token will be utilised in the second generation of DMI technology known as BDMI (Blockchain-based Dynamic Multidimensional Identification). The Testnet for BDMI is scheduled be released in the middle of this year, and the Mainnet is planned be released at the end of this year. There will be 3 components in the BDMI ecosystem: participants (validators, service providers and individual users), smart contracts and TKY.

TKY is the only method to settle smart contracts signed between the participants in THEKEY’s BDMI Ecosystem. Once the Validator, Service Provider and the Individual User all sign-off on the transaction via the smart contract, the parties will use TKY Tokens to settle the contract according to the agreed price and payment sharing plan. Services that currently utilise THEKEY’s DMI technology will gradually migrate to BDMI technology after the release of the Mainnet and after intensive pilot cities testing. One such service would be the one in use at the

Administration. As such,  THEKEY has been laying an extensive ecosystem which will result in real world cryptocurrencies use cases. We will further explore below.

The Current Situation at the Administration

The Administration covers a total business area of 10.098 million hectares, 22% of Heilongjiang Province. It promotes the coordinated development of the forest zone’s economy and society as well as maintains the national forest’s resources to benefit the country and mankind. This is done through conservation, cultivation, and respectful usage of the forest resources.

The Zone  is an important ecological asset for the Administration as it is a natural barrier for Northeast Asia’s terrestrial ecosystem as well as Northeast China’s great granary. The Administration is responsible for the arduous task of conserving and constructing the Zone’s area.

There are nearly 500 thousand insured people in the Zone who are mainly distributed in 9 cities of Heilongjiang region. The retirees in the Zone mainly live in the land of Longjiang, however there are many scattered throughout the large forest area.

Up until now, the process of obtaining a survival certification was very time-consuming and miserable experience for retirees located in the remote areas of the Zone or outside the province. The retirees, of which at least 30 thousand are over 65 years old, were required to make a difficult journey to the ID center. Once there, they then queued in very long lines at the on-site certification centers. This made the certification process tedious and time consuming which resulted in many complaints from distressed retirees.

THEKEY’s Products in Use at the Administration

Since August 2016, the local social security bureau has employed THEKEY’s IDV technology in their “Social Security 123 App of Administration” to conduct certification via facial recognition. This has allowed the bureau to release 8 billion annual retirement pensions in a timely manner without undue stress on the elderly.

THEKEY’s IDV technology compares the pensioner’s face with that on their ID card. This can be done through a mobile phone, allowing retirees to apply for their survival certification from the comfort of their homes. The rest of the certification process (which requires cross examination of data from Civil Affairs, criminal records and the fatality database) can be completed without the retiree’s presence. This new IDV technology has greatly increased the certification process’ efficiency and improved the retirees’ standard of life.

Survival Certification of The Elderly in the Social 123 App

Based on the success of THEKEY’s product, THEKEY and the Administration are planning to expand it to online social insurance payments, medical online purchases and family mutual aid, etc. This partnership will allow  THEKEY to explore the application of medical treatment based on personal credit, payment by installments of healthcare security and direct compensation of commercial insurance.

THEKEY is the source of this content. This press release is for informational purposes only and should not be viewed as an endorsement by CoinIdol. We take no responsibility and give no guarantees, warranties or representations, implied or otherwise, for the content or accuracy. Readers should do their own research before investing funds in any company.