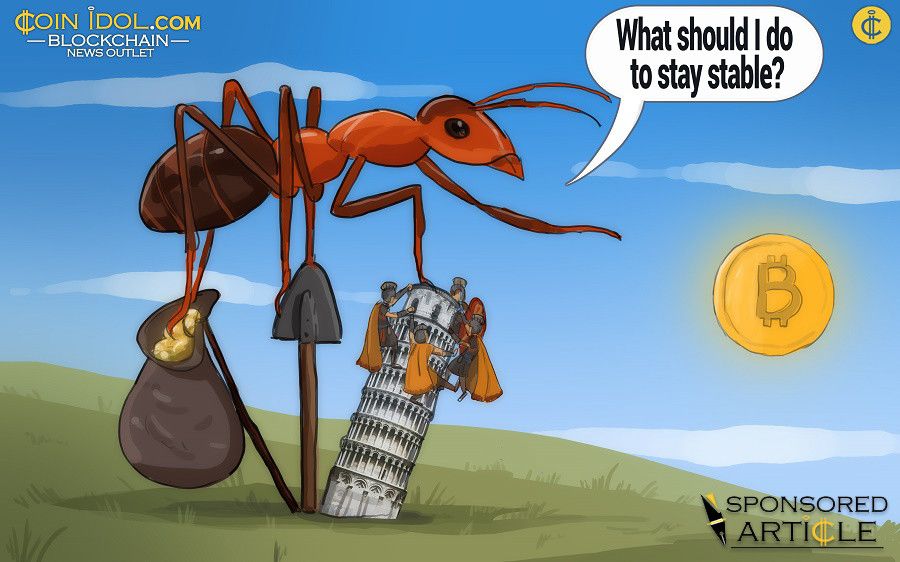 The unprecedented financial success of projects like Bitcoin and Ethereum often hides the fact that both enterprises essentially live on borrowed time due to the energy inefficiency of their platforms.

Bitcoin alone is estimated to consume as much energy as Denmark by 2020. While the nordic nation is mainly powered by renewables, this cannot be said about the overwhelmingly Chinese mining farms, upholding the BTC empire.

The reason behind Bitcoin’s insatiable power appetite is the so-called Proof-of-Work (PoW), the cryptographic algorithm ensuring that no one can mess with Bitcoin’s public blockchain. The algorithm works by letting miners compete over the solving of cryptographic puzzles in the pursuit of financial rewards in the form of transaction fees and freshly minted Bitcoins. In order to attack the Bitcoin network, a hacker would have to outcompete all other miners in this puzzle solving game. However, solving these puzzles is highly energy intensive, so much so that it would cost them the energy consumption of a small city just move some fake Bitcoins around.

There are of course alternatives. The most notable one is called Proof-of-Stake (or PoS). PoS doesn’t require blockchain nodes to perform otherwise useless computing tasks in order to fight off attacks. Hence, this algorithm cuts the power requirements of PoS blockchains down to sane and manageable amounts, allowing them to be more scalable without guzzling up the planet's energy reserves.

PoS is a viable alternative to PoW, however, both systems have a crucial flaw, rarely addressed in the crypto community. PoS, as well as PoW, simply causes the blockchain to fork into two alternative versions if, for some reason, consensus can’t be achieved. As a matter of fact, most blockchains fork most of the time, only to merge back into one single chain as mining progresses.

For many, this is good enough as long as no serious damage occurs, but if we’d compare this to traditional trading platforms, such as stock exchanges, this tolerance becomes pretty questionable. No broker would tolerate the possibility, small as it may be, of Wallstreet splitting into two separate entities with two different records of what belongs to whom.

On top of that, even the fastest PoS blockchains out there can manage only a few hundred transactions per second, compare that to Visa’s 56,000 tx/s and the need for an alternative becomes clear as day.

What is The Byzantine Alternative and how does it work?

To achieve this, dBFT recognizes two kinds of participants in the blockchain ecosystem: professional node operators, sometimes called bookkeeping nodes, who run nodes to make money, and users who are just interested in making use of the blockchain. In theory, most blockchains such as Bitcoin’s don’t have this kind of separation, in practice, however, most Bitcoin users do not operate miners, which are mostly located in mining farms and run by people who consider this their day job. Instead of trying to make it go away, this naturally occurring division of labor is used on dBTF to provide better security for blockchains.

Thus, on a dBFT blockchain consensus has to be achieved among the specialized bookkeeping nodes only, which are appointed by ordinary nodes through a form of delegated voting. With every newly forged block, one of the bookkeeping nodes is appointed as the “Chairman” node and broadcasts its version of the blockchain to the rest of the network for approval. If ⅔ of the remaining nodes agree with this version, consensus is secured immediately and the blockchain marches on. If less than ⅔ of the network agrees, a different node is appointed as Chairman, and so forth until consensus is established.

In this way, successful system attacks are almost impossible to execute unless the overwhelming majority of the network malfunctions completely or engages in mass suicide. Additionally, the system is protected from forking events, and at any given moment only one version of the blockchain exists.  Without having to crunch complicated computational puzzles, nodes operate much faster and are able to compete with centralized transaction methods.

Who uses dBTF and Why?

Most projects utilizing dBTF are highly business oriented and risk adverse. Two good examples would be Antshares or the Hyperledger project

The goal of the Antshares project, for example, is to allow everyone to digitalize real-world securities, such as shares and bonds. Such assets are highly regulated, since the proper operation of entire markets depends on them. Attacks on systems handling securities of this sort can’t be merely costly or technically infeasible, but should be physically impossible.

Global stock markets don’t have the privilege of forking into two alternative versions if, for some reason, consensus breaks. What belongs to whom should be engraved in an immutable record, functioning as a single source of truth with no glitches permitted.

Zheng Zhang Wen, co-founder and core developer at Antshares summed the topic up and stated:

“After investigating and studying the crypto industry and blockchain technologies for several years, we came to the conclusion that the delegated Byzantine Fault Tolerance alternative (or dBFT) is best suited for such a system. It provides swift transaction verification times, de-incentivises most attack vectors and upholds a single blockchain version with no risk of forks or alternative blockchain records emerging - regardless of how much computing power, or coins an attacker possesses.”