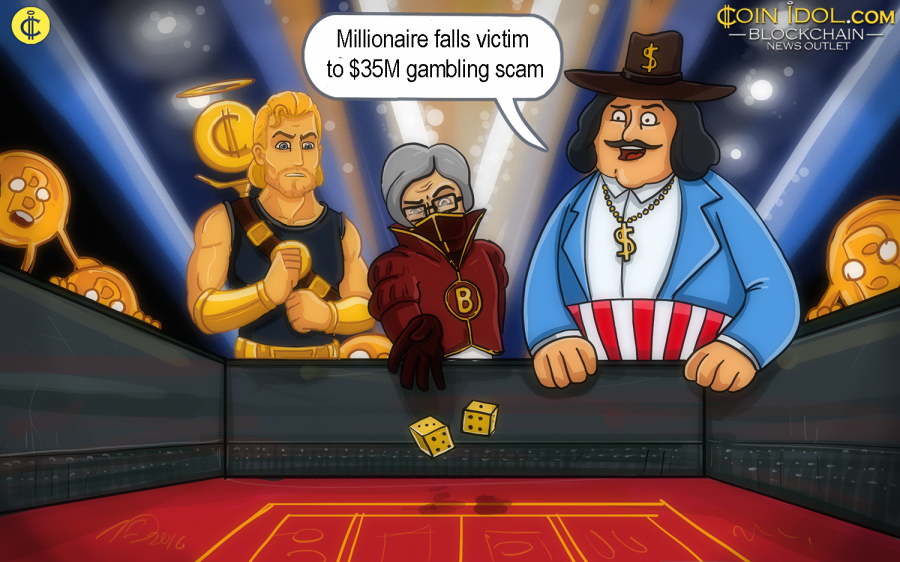 Does your crypto portfolio look a little light recently? That's naught compared to Aarni Otava Saarimaa, a Finnish investor, who lost 5,500 Bitcoin ($35 million) to an investment scam in 2018.

Otava was approached by a group of people who sought to link him up easily with some profitable investments: shares some high-profile companies and a crypto known as DragonCoin.

The story looks well-nigh as a screenplay: a young, tech-savvy international millionaire courted by a Thailand criminal syndicate for Bitcoin investments.

The thieves had purportedly convinced Otava and an associate that DragonCoin was recognised by casinos as an official means of payment. The pair was further taken to a casino in Macau such that they can be convinced to invest.

In that trip, it was clearly enough for them to go with 5,564.4 BTC (over $35 million). Suspicions came when Otava saw none of the promised returns; all of the BTC had been instantly sold and distributed proportionately amongst the gang.

The police carried out investigations for half a year before plunging. Thai movie star Jiratpisit "Boom" Jaravijit was detained over for his connections to the case. Police also cite that his two relatives (siblings) were involved, whereby one ran out of the country and the other one is in deep talks with the responsible authorities.

Not once not twice, previously in June this year, many high-profile Bollywood famous stars were involved in a $300 million BTC scam. It's said that celebrities applied their fame and influence to persuade investors to scatter money to BTC-related businesses that in turn didn't yield anything they promised.

Celebrities have been also in the frying pan for backing insignificant Initial Coin Offerings (ICOs). DJ Khaled, footballer Luis Suarez and boxer Floyd Mayweather were forced to cut off ties with Centra, a crypto payment platform after its co-founders were all arrested, detained and charged with fraud.