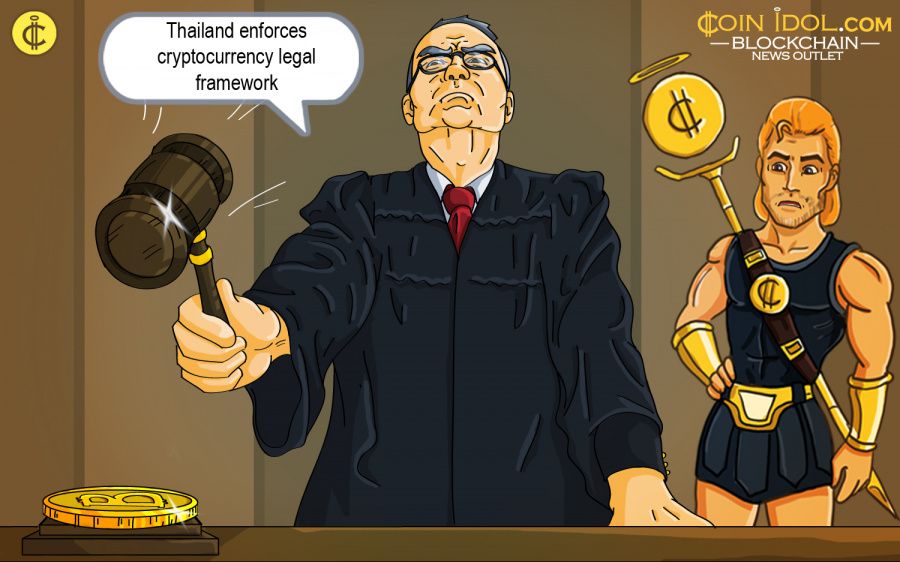 The law to manage and regulate digital asset transactions came into force in Thailand, Bangkok Post reported on May 13 after being published in the Royal Gazette.

In March, Apisak Tantivorawong, Finance Minister said that the law was important to regulate cryptocurrencies and digital tokens to control tax avoidance, crime and money laundering.

The Bank of Thailand (BOT) also said that it will wait for SEC to disclose other details of the regulations before making an opinion on cryptocurrencies and ICOs.

All sellers are by law required to register with SEC in 90 days after the law has taken effect.  Traders of digital token that are not authorized by SEC may face a jail sentence of up to two years or/and fined less than twice the value of the digital transaction or at least $15,703 USD. Traders who permit others to carry out transactions can be fined up to $3,141 USD and jailed up to one year.

The law was ratified by the cabinet in March after passing through the State Council that removed other assets from the law in the draft forwarded by the Finance Ministry, like electronic data.

The law was set to protect investors but not to ban Initial Coin Offerings (ICOs), cryptocurrencies plus other digital asset-related transactions.

SEC and finance ministry will focus and work on organic laws that need digital asset transactions, including digital asset exchanges, brokers and dealers to register with relevant authorities.

An edict has passed through several revisions since it was first I a draft form this March. Imminent the finalized regulations, uncertainty caused the Thailand Central Bank to forbid domestic banks from carrying out cryptocurrency trading and investment and also caused that Thailand Digital Asset Exchange (TDAX) to stop temporarily ICO trading and registration in February this year.

On 4th of this month, the Stock Exchange of Thailand launched a crowdfunding market that is based on blockchain technology to broaden the access to capital funds domestic new companies, according to CoinIdol.com. At that time, 8 targeted businesses from various sectors such as consumer products, medical and mobile application were to join up while other 50 companies were persuaded to join amid increasing enthusiasm from investors.