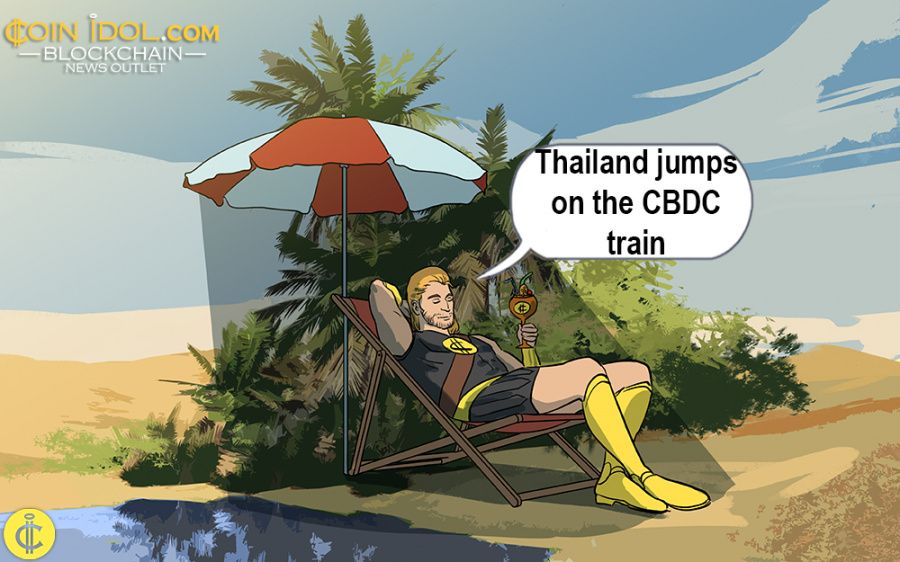 The Central Bank of Thailand (BoT) is creating a CBDC prototype called Project Inthanon for the business and corporate sectors.

As per the report by The Block, the  BoT is considering to design a model of a decentralized payment system for companies using CBDC. The BoT will carry out the initiative from July to December 2020 and announce the progress and results of the initiative in the same year.

The purview of the initiative involves carrying out feasibility analysis and a viability study followed by implementation of the model into the procurement and monetary management structure of an enterprise. The first company to test the new digital currency will be one of Thai largest privately owned firms called Siam Cement Public Company (SCPC). BoT signed a memorandum of understanding for CBDC model creation with SCPC and a fintech venture investment firm Digital Ventures Co.

The model will maximize the efficiency of corporate payment infrastructure by adding flexibility to remittance work and enabling rapid payment processing between companies. The CBDC model is based on the blockchain initiative dubbed Project Inthanon (PI), where the  BoT is seriously working with R3 and 8 large commercial banking institutions in the country.

Exploring benefits and risks of cryptocurrency

Over 46 central banks from various parts of the world are laying a strong foundation to design their own stablecoins and tokens, as coinidol.com, a world blockchain news outlet, reported. Some of them including that of China (digital yuan) and South Korea (digital won) are soon finalizing the development process and yet to be launched for public use.

On the other hand, there are still some countries that are cautious about experiments with CBDCs, as well as cryptocurrencies in general. In March, the Bank of Russia (BoR) also issued a statement updating the public how far they have reached with the proposed bill on crypto assets, especially on the issuance and circulation. The BoR indicated that issuance and opening up of crypto-asset trading businesses have unjustified risk in the country.

Later on, the President of Russia Vladimir Putin stated that they will not develop their own digital currency. In fact, he said that cryptocurrency goes beyond state borders and added that if Russia will consider turning to digital currencies, they will turn to the existing ones.

Despite the possible risks and cautiousness, about  65% of the banks worldwide are exploring the potential of cryptocurrencies and stablecoins, and, after being deemed fit to operate, it might help to put the blockchain and cryptocurrency industry at the forefront.

Tags
Central Bank Thailand Digital currency CBDC Banking Business Blockchain Russia Payment
Most Popular
May 14, 2021 at 13:45
News
Ethereum Recovers but Struggles Below $4,000 Resistance Zone
May 14, 2021 at 12:52
News
Elon Musk ReversesMarket Trend but Cryptocurrency Prices Regain After Collapse
May 14, 2021 at 12:09
PR
Weentar is Going to Incentivise Social Media Activity
May 14, 2021 at 11:53
News
Ripple Is in a Downward Correction above $1.25 Support, Unable to Push Above $1.40 High
May 13, 2021 at 15:37
News
Binance Coin Drops to Previous Range-Bound Zone, Unable to Sustain Above $700 High
More