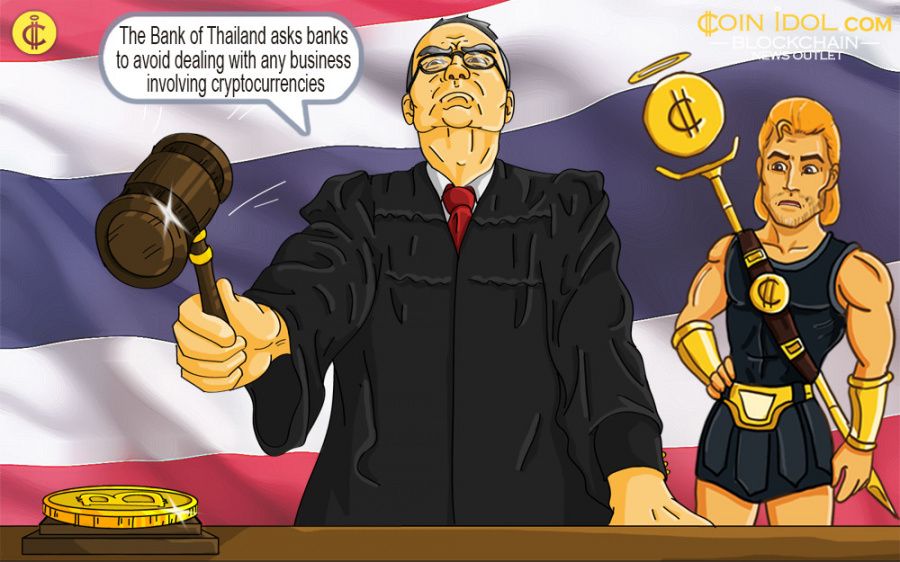 The Bank of Thailand has released a circular appealing to banks to avoid dealing with any business involving cryptocurrencies, as their suspicion of digital currencies grows into a real fear of the possible problems with trading in an unregulated financial market.

According to Reuters, the Central Bank of Thailand issued a circular on Monday, February 12, that prohibits banks from cryptocurrency investing and trading, as well as participating in or creating cryptocurrency exchanges and platforms for trading in crypto.

Veerathai Santiprabhob said in a circular that banks would also not be able to allow their customers to buy cryptocurrency via credit cards, or to advise clients on investing or trading in cryptocurrency.

In addition, the Bank of Thailand reported that cryptocurrencies were not legal tender in the country and it was worried that they could be used in illegal activities such as money laundering or supporting terrorism.

It is worth mentioning, that Thailand’s finance minister Apisak Tantivorawong said on February 7:

“The government will not ban cryptocurrency trading. A regulatory framework to govern digital currencies will become clearer within a month.”

“After a recent discussion, related agencies agreed that regulators cannot stop the use of virtual currencies but will have to regulate and control them in an appropriate manner,” - he added.

However, taking into account the latest resoluteness of the central bank, it seems Thailand intends to put a full ban on virtual coins rather than imposing regulations.