Telegram ICO has Raised $1.7 bln Attempting to be the Largest ICO Ever 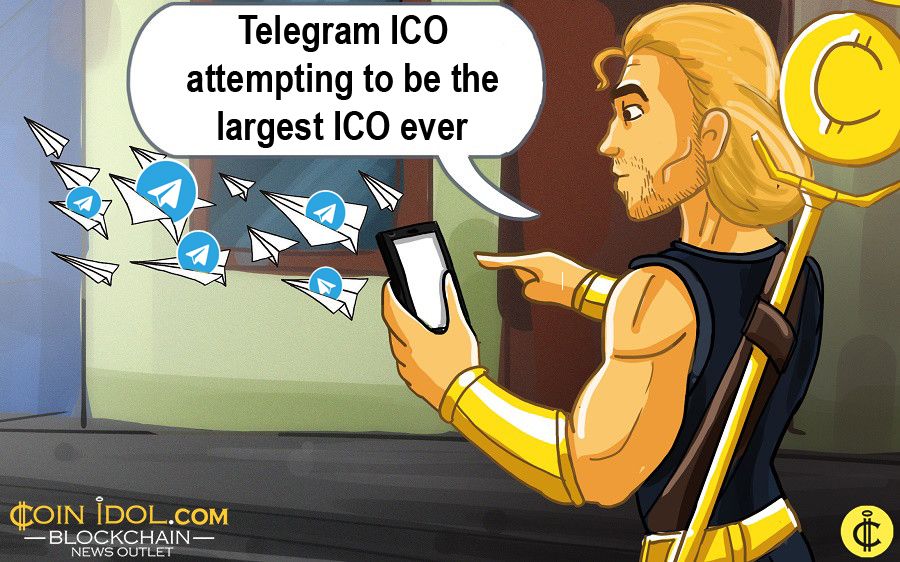 Instant messaging service Telegram has collected, through its initial coin offering (ICO), another $850 million, according to a document published by the U.S. Securities and Exchange Commission (SEC). As Telegram creator Pavel Durov stated, the collected billions were "purchase agreements for cryptocurrency."

"The issuers intend to use the proceeds for the development of the TON Blockchain, the development and maintenance of Telegram Messenger and the other purposes described in the offering materials," according to the SEC documentation.

The major technology company, specializing in providing a secure messaging service, has raised $850 million from 94 official investors in a SEC filing last Thursday. That makes the total raise of the ICO, held in February, to times bigger, changing it to $1.7 billion. Furthermore, the investments may not stop at this point.

While the filing, released by the SEC doesn’t point out the names of investors, it does mention that the minimum investment in the project starts from $1 million.

The company promises to use the collected money for developing the financial technology called Telegram Open Network (TON). A blockchain network which will enable users to pay for services, using the cryptocurrency Gram.

It’s interesting to mention that such a high interest in Telegram fintech appears at the period when Bitcoin value is hardly hovering at its record lows of 2018. Peaking at $20,000 on the cryptocurrency market in December last year, the digital currency dropped to $6,600 on Friday.