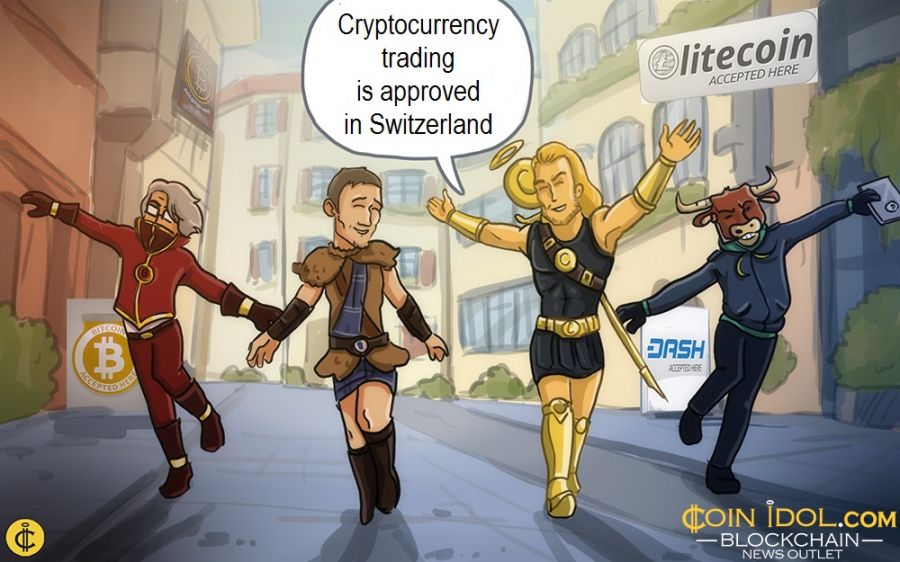 The bank has got permission from the Swiss Financial Market Supervisory Authority (FINMA) to offer token trading and storage services to institutional users. Now, the financial institution considers to further enlarge the blockchain stratagem such as digital asset brokering, storage, and conversion of securities tokens.

After such a move, the Swiss cryptocurrency industry expects the emergence of B2B banks with regulated cryptocurrency trading support, forming a distributed ledger tech (DLT)-pleasant atmosphere for the entire EU banking industry. InCore Bank has expanded its access to new assets types.

The growing use of cryptocurrency in Switzerland is unprecedented

Apart from InCore, other banking institutions in Swiss are trying to tap into the benefits of blockchain and cryptocurrency technologies. For instance, Sygnum bank rolled out a DCHF-backed stablecoin so as its users can find it stress-free to venture into the cryptocurrency economy, and the stablecoin is also created to boost the buying and selling of key financial instruments.

Julius Baer Group AG is also expanding its cryptocurrency product offerings to meet some demands of its clients. As coinidol.com, a world blockchain news outlet, reported in September last year, a digital currency bank SEBA Crypto AG is also providing Bitcoin and Ether custodial to its customers – they can now have access to digital assets.

When it comes to the use of virtual coins such as Bitcoin, banking institutions from Switzerland have been at the lead. However, due to the increasing use of digital currencies in the country, bad players have taken advantage of this nascent industry to carry out their illicit activities associated with tokens such as money laundering,

Related to this, FINMA warned the government that the country will face financial challenges including money laundering risks due to the increasing use cryptocurrencies, and also warned that the financial sector will encounter new risks in the areas of DLT and cryptocurrency since they have attracted a lot of users from different backgrounds who come with different intentions.

Nevertheless, the watchdog is not sleeping. In early February this year, the regulator approved an anti-money laundering (AML) provision, where it lowered the cryptocurrency exchange transactions from 5k CHF to 1k CHF.

But despite the risks, Switzerland is actively exploring innovations. Back in 2018, the Swiss Minister of Economy promised the community to turn Switzerland into the Crypto Nation. That is how the country is sometimes called, by the way. So it seems the government has been fulfilling the promise by boosting the evolution of the blockchain and cryptocurrency industry within the country, showing an example for other countries.