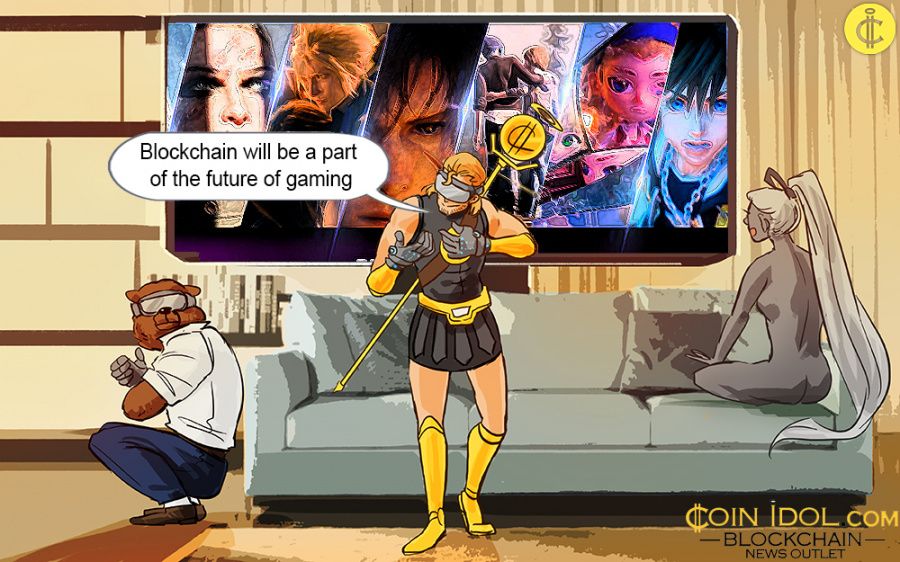 Square Enix president Yosuke Matsuda said blockchain technology and "decentralized gaming" will be an important part of the future of gaming. Square Enix is one of the largest Japanese video game companies best known as a developer of Final Fantasy, Dragon Quest and latest Tomb Raider series.

In an official New Year's letter, Yosuke Matsuda urged gamers to pay more attention to the development of their favorite games, including user-created content, rather than just enjoying them. He noted that blockchain-based tokens can be a solution.

A quote from the letter reads:

“From having fun to earning to contributing, a wide variety of motivations will inspire people to engage with games and connect with one another. It is blockchain-based tokens that will enable this. By designing viable token economies into our games, we will enable self-sustaining game growth. It is precisely this sort of ecosystem that lies at the heart of what I refer to as “decentralized gaming,” and I hope that this becomes a major trend in gaming going forward. If we refer to the one-way relationship where game players and game providers are linked by games that are finished products as “centralized gaming” to contrast it with decentralized gaming, then incorporating decentralized games into our portfolio in addition to centralized games will be a major strategic theme for us starting in 2022.”

Following the release of the letter, Square Enix's share price rose 8% in just one day on January 4. This is the largest one-day share price increase in the last six months for the company, Japanese stock market data shows. 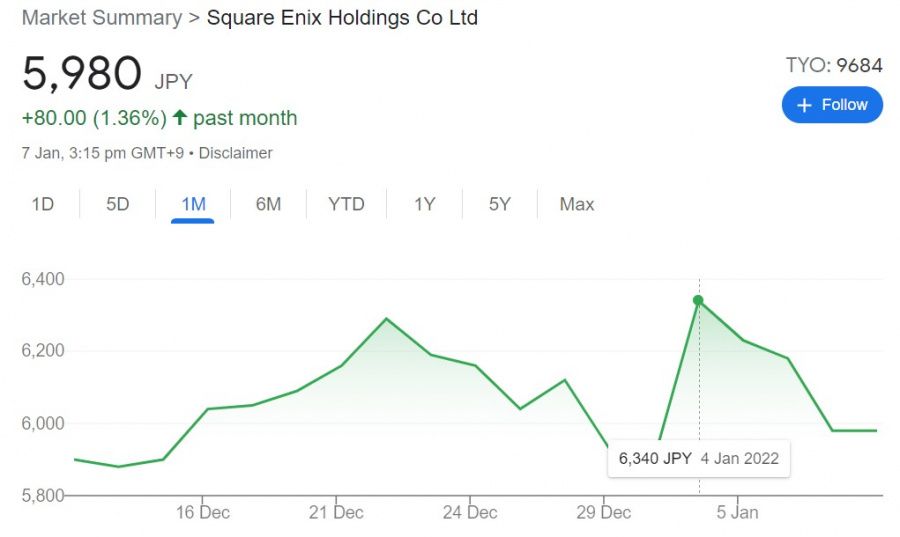 Yosuke Matsuda pointed to the rising popularity of blockchain technology, non-fungible tokens (NFTs), AI, cloud gaming and, of course, metaverses in video games. He specifically said that 2021 has become year one for both the metaverse and NFTs.

In 2022, Square Enix plans to pay more attention to implementing NFT technologies, developing blockchain-based games, and launching its own cryptocurrency.

“We do observe examples here and there of overheated trading in NFT-based digital goods with somewhat speculative overtones, regardless of the observed value of the content provided This, obviously, is not an ideal situation, but I expect to see an eventual right-sizing in digital goods deals as they become more commonplace among the general public, with the value of each available content corrected to their true estimated worth, and I look for them to become as familiar as dealings in physical goods.”

The Square Enix president acknowledged, however, that his words about NFT are unlikely to go down well with users who view games solely as a source of entertainment. Most of them blamed Matsuda for trying to put the company in a positive light before the council of investors. Nevertheless, the developers will adjust the strategy by listening to the community's opinion.