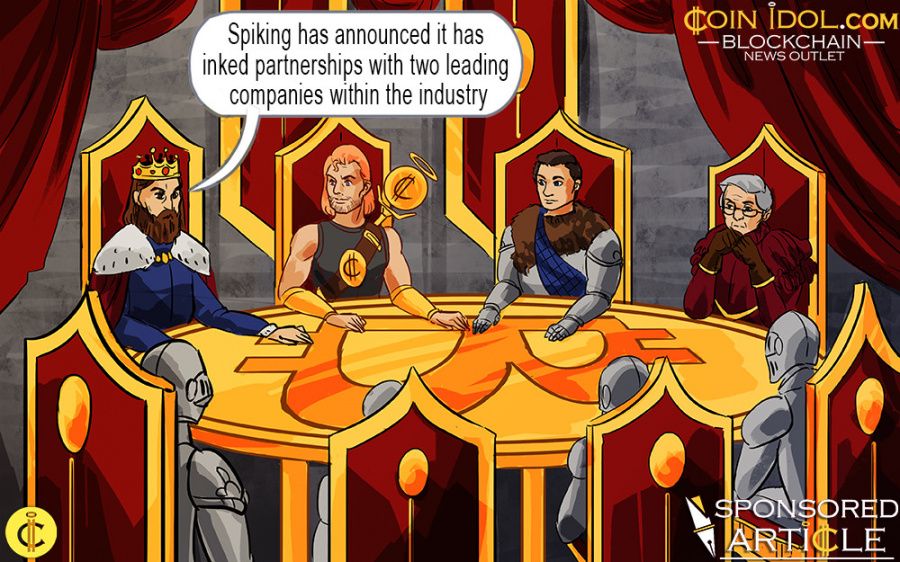 Spiking has announced it has recently inked partnerships with two leading companies within the industry, J Capital and Excavo.

J Capital is known for being a large cryptocurrency hedge fund, J Capital has led a USD 1 million investment round into Spikings Initial Token Offering (ITO) pre sale event. The partnership resulted in J Capitals CIO, Kenneth Tan and CEO Jack Ser, both being warmly welcomed onto the Spiking advisory board.

The Spiking platform will allow cryptocurrency enthusiasts to swim with the whales (i.e key executives of large companies behind cryptocurrency tokens, mining pools and/or large holders), Once the average trader starts using the platform, it will enable them to be able to follow their cryptocurrency trades. The platform is powered by by completely transparent software that will allow the small fish to meet the big. Spiking is built on modern technology, all standards of security have been fully audited. It will do this by using smart contracts, utilizing blockchain technology, allowing users to mimic the trading activity of any Whale and control their own separate trading accounts directly.

Spiking is now offering a solution that allows novice to veteran investors to participate seamlessly in the emerging crypto markets. This is a solution that is set to disrupt the industry in a big way and this is a key reason Spiking has solidified these new partnerships.

The platform aims to connect traders with expert traders (whales), who have the ability and the wisdom to access the critical information and act upon it in a precise and lucrative manner. This model has already been tried and tested in the stock market ecosystem via its popular app.

Spiking will give cryptocurrency investors added confidence and ease of use, making mirroring trades made by the best crypto investors in the world an easy and lucrative process.

J Capital and Excavo have recently teamed up with spiking. They aim to continue building a game-changing platform that makes successful cryptocurrency investing easier for everyone. The platform aims to put the native whale token to the general public during the third quarter of 2018.

Spiking aims to target the first commercial crypto version of it’s app during the second quarter of 2019.

A First for Everything

A private sale portion of the Spiking ITO is being conducted directly on an exchange, the company is set to partner with global blockchain fintech company QUOINE to launch its ITO private sale for select group of QUOINE’S KYC-approved user base, on June 6th, 2018.

Spiking was first launched in 2016, a singapore based financial trading app that aims to help the average trader follow veteran investors as they buy and sell shares on the stock market.