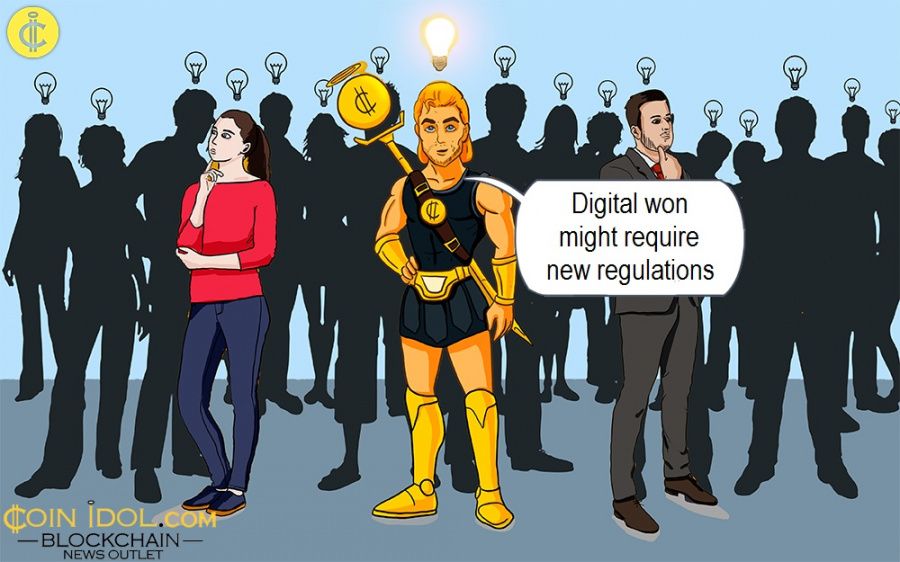 The Bank of Korea established an advisory group to revise the legislative framework before the launch of the digital won. Despite their CBDC will more resemble a digital version of fiat currency, it is obvious that the existing financial legislation should be adjusted to the circulation of a new digital asset.

The group will analyze the peculiarities of the digital won to draft the changes that are to be presented before the CBDC gets into wide circulation. The group includes legal experts, lawyers and officials from the bank, according to the Korea Herald news outlet. Allegedly, the group will work until May 2021.

The pilot test has started

The establishment of the advisory group is a part of a pilot-testing program launched to design and prepare digital won for smooth operation. As coinidol.com, a world blockchain news outlet reported, South Korea does not take part in the race of launching CBDC, preferring to bet on quality.

After the group stops its fork, the BoK will still have time until December 2021 to finish all preparations and come up with the end product that is smooth and flawless. By that time, the institution plans on eliminating all possible flaws and bugs, as well as developing proper regulatory and circulation mechanisms.

BoK acknowledges that China might actually become the first country to issue its CBDC, considering the speed of the digital yuan development. In fact, the new legal framework will consider the possibility of working with CBDCs from other countries.

Despite South Korea being close enough to issuing their own digital currency, it has never shown much enthusiasm in developing this idea. However, as the world was hit by the COVID-19 pandemics, forcing governments to explore the possibilities of creating digital alternatives to nearly everything to ensure social distancing and minimize physical contacts, the Bank of Korea had to consider creating digital won.

Perhaps, this lack of initial enthusiasm could explain the fact that BoK is taking its time to actually launch the CBDC. On the other hand, the country will hardly see a significant economical effect. China has its own interest to speed up the process as being the first country to launch its CBDC will allow it to become the strongest economy in the world. In such a way China will be able to overcome the USA. Considering the tensed relationships between these two countries, there are good reasons for China to hurry up.

Meanwhile, the launch of the digital won would have a positive effect on South Korea’s economy. However, they have no one to fight or overcome, so they fairly consider the issue of quality to be prevalent.

And as the development of their CBDC goes on, the South Korean government also decided to turn its attention to the cryptocurrency sector. Back in March 2020, the country’s parliament passed an act imposing administrative rule over crypto assets. The act mostly targets cash providers and merchants, requiring them to follow strict KYC and AML rules.

While it seems obvious that countries might strengthen restrictive measures against cryptocurrencies to prompt people to turn to CBDCs once launch, it is still yet to be seen how the appearance of Central Bank Digital Currencies will influence the existing cryptocurrency industry.