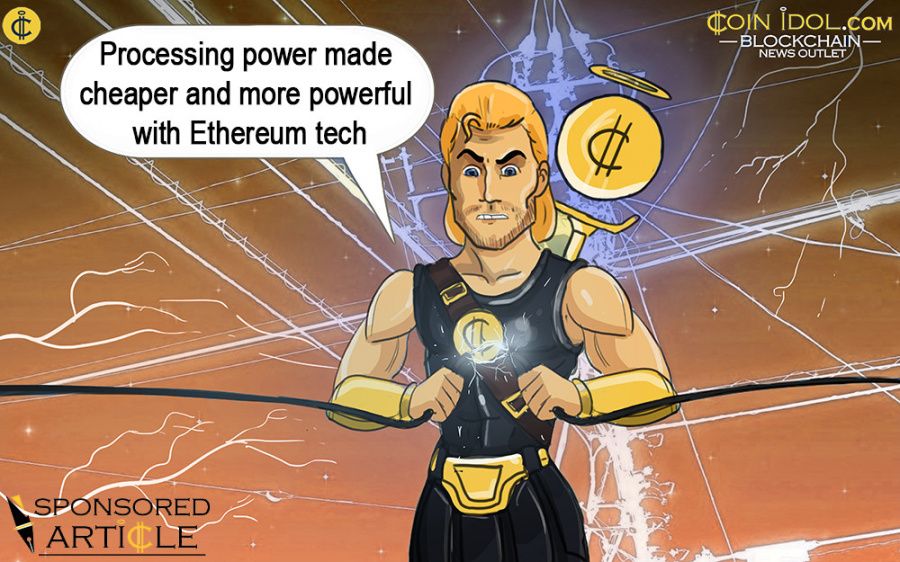 Right now, website hosting can only be done by signing a contract with a centralized provider like Amazon, Microsoft, or Digital Ocean. It’s expensive and since it’s connected to heterogenous processors, limits the amount of information you can disburse.

In February 2016, a team of crypto-enthusiasts led by a Russian programmer Sergey Ponomarev combined fog computing with a blockchain-based platform, allowing lay people to perform tasks as diverse as website hosting to DNA sequencing, cutting costs, and making the system faster and more secure.  Because it’s decentralized, there’s not only no need to rely on a single provider but your data is also safer since the blockchain is more secure from infiltration.

“Market demand for computing power is rising,” says SONM CEO Sergey Ponomarev, “SONM’s unique offering directly responds to this demand by making use of idle standing computing power to solve non-deterministic tasks like hosting websites, the backend for mobile apps, and massively multiplayer online gaming (MMO instances). Any miner with a smartphone or supercomputer cluster can become a part of SONM’s fog network and generate computing power to be used by others.”

SONM already has more than 1,000 followers, one of which is ChronoBank, a reputed blockchain payment company, whose CEO Sergei Sergienko will act as an escrow in the project during its upcoming pre-sale and ICO.

“We scout the landscape for the projects we can support and help further,” says Sergienko, “We have decided to join forces with guys from SONM in their quest to develop better and more efficient computational processes based on blockchain.”

SONM uses a hybrid architecture that helps it support a range of computational tasks without facing Ethereum’s “out of gas” problem. From a technical point of view, SONM has a top layer of underlying P2P technologies that includes BitTorrent for data transfer, modified P2P BOINC protocol as a scientific decentralized computing platform, Ethereum Smart Contracts as a PoE (Proof of Execution) and consensus system, and BitMessage for communication. There is no central control behind the system and no backdoors or escape hatches. The SONM team optimized and combined several existing technologies to make a new GRIB (GRID+Blockchain) technology.

Industries that can use SONM include video hosting, site hosting, DNA analysis, complex scientific calculations, CGI rendering, scientific research and gaming,  According to Sergey Ponomarev, SONM founder, “Any device worldwide can become part of the SONM fog network and generate computing power. Computers, smartphones, even gaming consoles… All the miner needs to do is set up a mining client and run it.”

Alternative cloud computing platforms like Golem and iExec offer similar services but work on grids more open to fraud, are restricted to non-deterministic tasks therefore cannot support projects like gaming or site-hosting, have limited memory and are slower. SONM uses BTSync’s data transmission software and Yandex Technologies’ open source code for decentralized computation that combine pioneering fog and cloud computation. Benefits include a unique anti-fraud protection system, as much computing power as you want at affordable prices, the potential to perform a wide range of tasks that cut across industries and a far faster system.

To put the last into perspective, conducting a traditional CGI processing project on Amazon’s K80 NVIDIA unit takes about 10 hours to complete, while SONM completes the process in 10 minutes. This is because SONM provides Docker containers-based parallel computing which makes the system run almost double the speed of competitive services.

It is benefits such as these made Anthony Akentiev complete his SONM review with: “Big project. Big goals. The presale and ICO are gonna be big.”

With SONM the power of supercomputers is just a few clicks away.

SONM, found online at SONM.io, stands for Supercomputer Organized by Network Mining. The organization is preparing for its ICO on June 15, 2017.