Securing the Future of the Internet Through IPSX 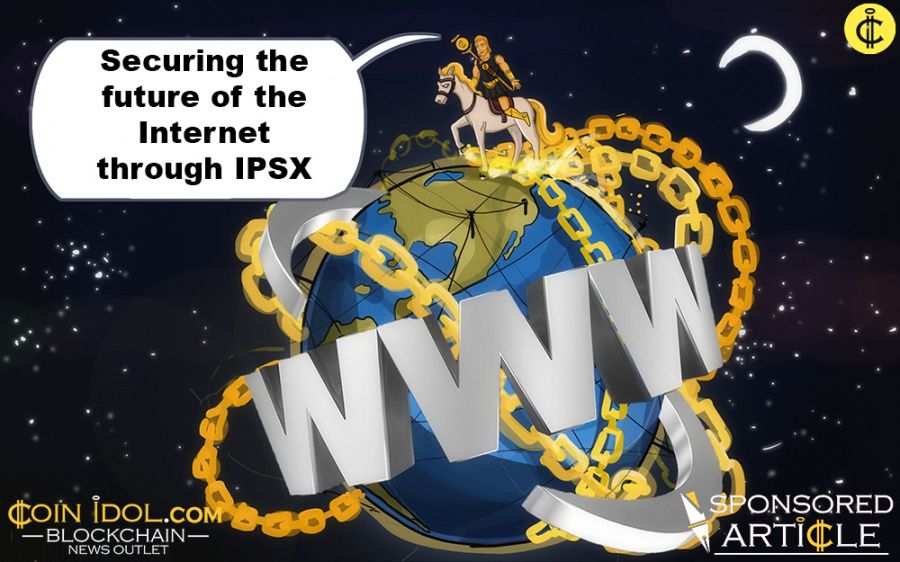 With the repeal of net neutrality, freedom of expression and information is at risk again. Censorship looms overhead like the sword of Damocles, while restrictions are starting to make their way out of the woodwork.

Driven by the desire to preserve the neutrality of the Internet, Swiss-based startup, IPSX, announced the development of a decentralized IP sharing platform over the month.

The company is now pleased to announce that the project has now successfully met its funding target through its sold out Token Generation Event. The successful token sale is now empowering the development team’s vision to develop a truly secure, private, and liberated  next phase of the web, as a distributed network layer.

Billed as the distributed network layer for the Web 3.0 revolution, IPSX aims to give back control of the Internet to those it truly belongs to; the users. This vision has resounded well with the global community, helping the company to successfully reach its crowdfunding objectives. Whitelisted contributors were able to secure their own stake in this truly revolutionary Internet service platform by purchasing IPSX tokens. The event which started on  February 28th and ended March 5th, saw the sale of almost 50% of IPSX Tokens sold for 9,500 ETH at 0.0000141 ETH per token. The result is a promising indicator of the relevancy of project.

IPSX is also proud to announce the launch of the platform’s demo version (MVP) for sharing IP addresses.

Your Address. Your Internet

Nobody owes the Internet and nobody would ever dare attempt such an improbable feat -- because, much like the blockchain, the Internet is a decentralized networks of peers. IPSX intends to play a significant role in the future of the next Web through its decentralized and secure IP sharing marketplace. The fully transparent network will allow developers and entrepreneurs to leverage IPSX embedded tools (SDKs and APIs) for the development of custom applications that require a large number of IP Addresses.

Current VPN services are infamous for the sheer number of problems they tend to encounter including; uneven distribution of IP Addresses based on geolocation and limited number of IP Addresses. In turn, this has led to IP crowding, inability to provide useful feedback for IP addresses, and a absence of IP time usage options.

By combining flexible and intuitive tools that can easily be integrated onto any platform through SDKs and APIs, IPSX eliminates many of the challenges faced by Data Centers, VPN providers and businesses that rely on extensive Data Acquisition. Its privacy-centric features enables VPNs and Data Centers to seamlessly exchange IPs without friction.

The platform allows users to be billed based on usage time, giving them the option to pay for the exact duration of time they will be using the IP address instead of buying a whole subscription. This flexibility will go a long way in remedying the dearth of IP addresses encountered by both users and VPN providers.