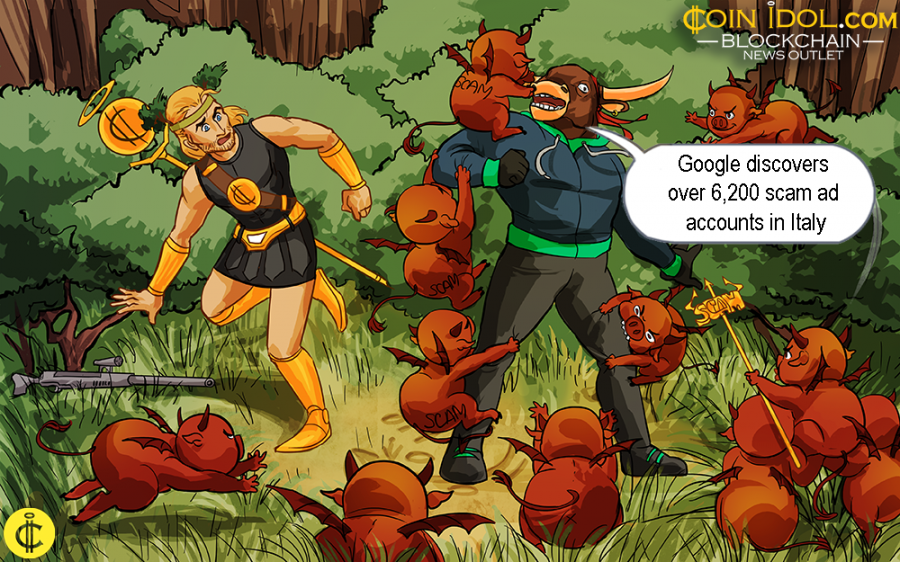 Fake news around the world increase day in day out at a terrible speed. In January this year, Google successfully removed around 6,226 scam advertising accounts in Italy. Meanwhile, the European Union (EU) parliamentary elections will start from May 23-26.

Around 1 in 8 of those hidden in the same period in the EU makes a grand total of 48,642. According to Mountain View analysts, other major countries with a high number of fake news profiles include Great Britain with 16,679 accounts, Estonia with around 12,295 and Romania at 8,652.

The numbers arise from the first monthly report which Google is grateful to publish on the basis of the pledges engaged with the European Commission to protect the elections of the community parliament against the spread of fakes and deception.

In the first month of operation after the tolerance to the code of conduct with Brussels (three internet giants Facebook, Twitter and Google plus other signatories), the technology bull has removed the network from more than 48,000 wary Google Advertising accounts (particularly for the purchase of online ads).

The three Internet bulls together with browser firm Mozilla and trade associations on behalf of the advertising sector officially signed a Code of Practice on Disinformation harmonizing to take strong actions against fakes as a fundamental European election cycle gets closer.

“There has been some significant progress, particularly in confiscating fake accounts and limiting the visibility of sites which promote disinformation. However, extra action is required to guarantee full transparency of political adverts with the launch of the campaign for the European elections in all EU Member States,” the organization revealed in a statement.

Basically, it prevented this by eliminating the monetization of the adverts and only in particular instances manifest, the advertising accounts have now been completely disabled.

Google has further penalized the profiles which violated the rules and regulations on the fake representation since they have sold false information about their real identity, they have published numerous statements or, besides, they have spread the so-called fake news.

“We highly need to go further and faster before May 2019. We don't want to wake up the day after the elections and realize we should have done more,” revealed Julian King, EU Commissioner for the Security Union.