Samsung Is Planning to Implement Blockchain Technology for Logistics Purposes 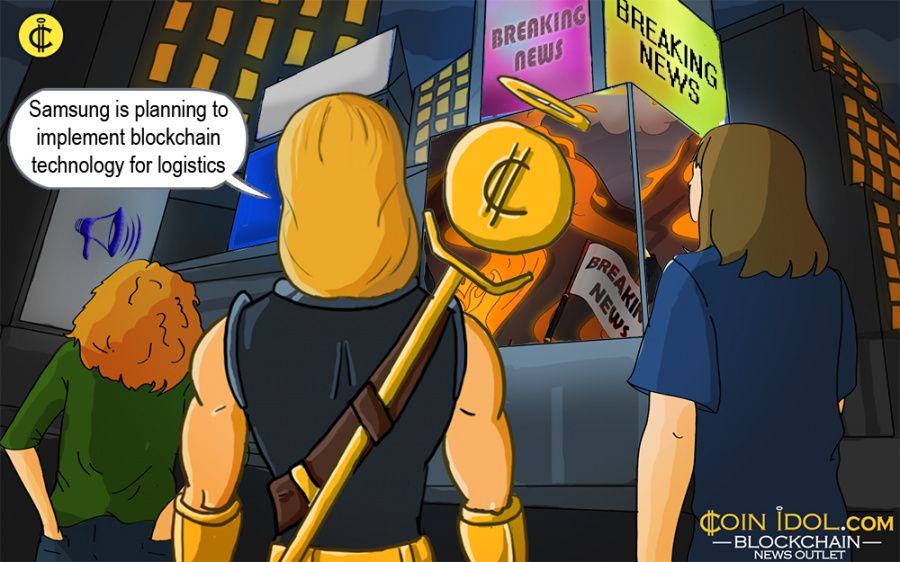 Famous South Korean giant Samsung Electronics Co. is considering the implementation of blockchain tech in order to supervise the company’s supply channels around the world. The Asian manufacturer could become one of the first to deploy the financial technology behind cryptocurrencies.

According to reports, Song Kwang Woo, the chief of blockchain at Samsung SDS, stated that the group's logistical and information and technology arm, Samsung Electronics is looking at a blockchain ledger system that will enable it to keep track of global shipments worth tens of billions of dollars annually.

"It will have an enormous impact on the supply chains of manufacturing industries," said Song Kwang-woo, blockchain chief and vice president of SDS. "Blockchain is a core platform to fuel our digital transformation."

As Song Kwang-woo reported, Samsung is interested in a blockchain ledger platform because it can help trace international shipments saving a lot of money as well as time for processing data. Besides, the fintech is said to reduce shipping costs by 20 percent.

Samsung Group and its staff on the move to use blockchain technology system.

As many different companies globally have said that they are considering to deploy blockchain technology on everything from cross-border payments to tracking the life-cycle of supermarket chickens, Samsung Group is one of the first global manufacturers to take a serious move toward using the distributed ledgers in its usual operations. SDS again is working on the system for Samsung Electronics, the conglomerate's crown jewel.

Shipping experts report that blockchain minimizes the time needed for sending documents to receivers and back to the company and for coordinating with port representatives. Furthermore, documentation costs for a container shipment is twice that of the transportation spending itself.

“It’s about maximizing supply efficiency and visibility, which translates into greater consumer confidence.”

Emerging Expectations from Different Corners on this Blockchain System

A blockchain system may play an important role in helping the company reduce the time lag that is needed between product launches and actual shipments and this will make it easier to respond to competing products and shifting consumer appetites in emerging markets like China, according to Cheong Tae-su, professor of industrial engineering at Korea University in Seoul a Korean capital city.

Many logistics companies understood at once the possible future benefits of distributed ledger technology, that can save not only a dollar in company’s pocket but people’s lives. For example, Maersk, one of the biggest shipping companies, has announced a partnership together with IBM aiming at creating a new blockchain shipping venture.

FedEx, co-founder of the Blockchain in Transport Alliance, is set to develop a set of standards regulating the proper part of the financial market. DHL and Accenture have partnered to establish a special system that tracks medication for counterfeit-prevention and can save almost a million people per year.

Tags
Blockchain Samsung Technology Logistics Electronics Finance Cryptocurrency
Most Popular
Feb 25, 2021 at 12:35
News
Bill Gates vs Elon Musk: How Whales Influence the Bitcoin Price
Feb 25, 2021 at 11:11
News
Ethereum Holds Crucial Support, Retests $1,700 Resistance
Feb 25, 2021 at 10:17
News
Ripple Shows Sign of Strength as It Attempts to Break the Resistance at $0.50
Feb 25, 2021 at 09:00
News
Why Credit Cards are a Terrible Online Casino Payment Method
Feb 24, 2021 at 15:53
News
The Land of Controversy: China Is Leading Cryptocurrency Market Despite the Hostility of Regulators
More