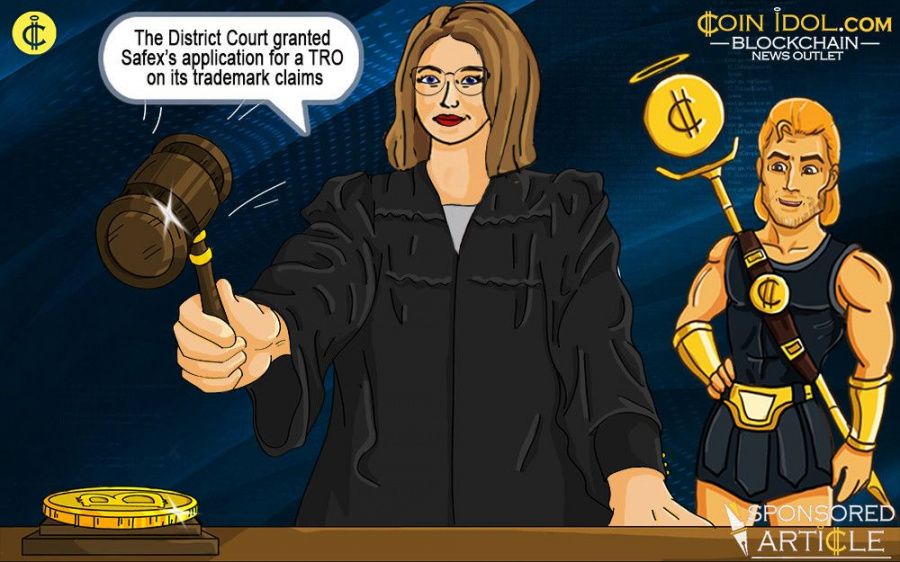 A trademark crypto-war is afoot in the United States District Court for the District of Columbia. Safex, a blockchain engine for ecommerce, won the first battle by successfully obtaining emergency relief which requires the defendants Safeth LTD., and its principals Joey “Crypto” Lathus and Cynthia Lathus to immediately stop using the Safex name and logo in connection with their competing cryptocurrency.

Safex.org Trademark in the Cryptocurrency Market

The Defendants started a competing cryptocurrency company using a logo that Safex claims is identical to the Safex logo in order to market a cryptocurrency called “Safex Platinum.”  Defendants also embarked on an online campaign publishing statements that Defendants owned the trademark.

Safex claims the Defendants disseminated false statements that Safex was a trademark infringer to several key third parties, including cryptocurrency exchanges, cryptocurrency price listing services, and social media platforms. Some of these efforts resulted in the Safex cryptocurrencies and accounts being delisted or deactivated. Safex claims that Defendants’ statements to these third parties caused significant harm to Safex’s reputation and the value of Safex Token and Safex Cash.

Accordingly, Safex filed a lawsuit and application for emergency relief.  Safex is represented by Joseph B. Evans and others from McDermott Will & Emery LLP in connection with this lawsuit.

Following a lengthy hearing, the United States District Court for the District of Columbia granted Safex’s application for a TRO on its trademark claims and defamation claims arising out of the Defendants telling others that the Defendants were the rightful owners of the trademarks. The Court entered a TRO enjoining the Defendants from (1) using the Safex mark and logo; (2) telling third parties that Safex is a trademark infringer; and (3) making any further statements to the United States Patent and Trademark Office in support of Defendants’ pending trademark application. The Defendants are required to submit a letter detailing their efforts to comply with the TRO.  The case name and number is Safex Foundation, Inc., et al. v. Safeth LTD., et al., No. 121-cv-161 (D.D.C.).