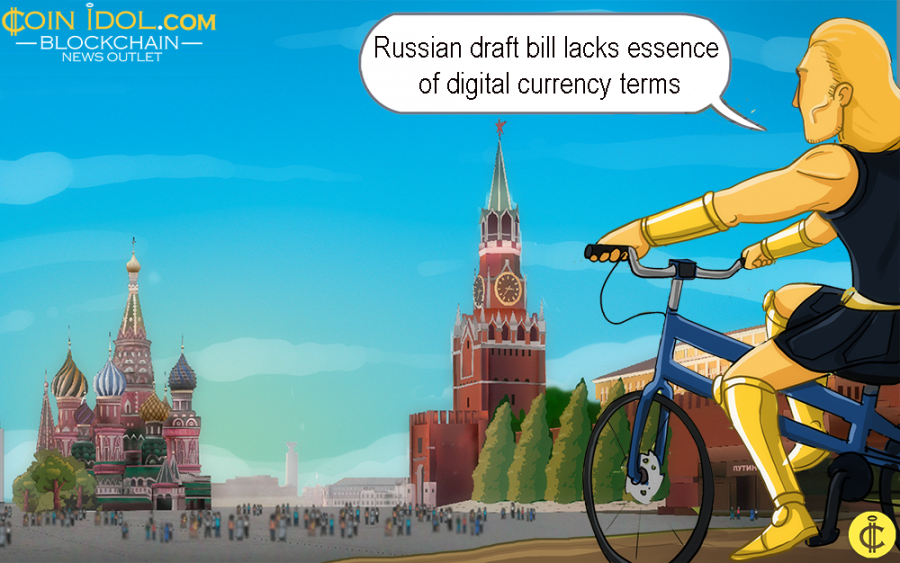 Russian deputies have removed the definition of cryptocurrency mining from a draft bill on crypto regulation prior to its next reading in the State Duma, however, the new law won't resolve tax concerns for miners.

Anatoly Aksakov, Chairperson of the Duma Committee on Financial Markets, concisely elaborated the reason behind the deputies' stance to abrogate a core cryptocurrency term from the bill:

“Earlier we had some thoughts on Bitcoins, on their integration into our economic system. But as we decided we don’t need them, these ambiguous Bitcoins, therefore we don’t need mining as well.”

If the law was to define cryptocurrency mining, it would have to define cryptos, Anatoly told Coinidol. Adding that it would be unwise to put mining in the regulation suggested by the government and emphasized that mining should be put under tax watchdog jurisdiction.

It's still unclear if definitions for tokens and ICOs, and rules for digital currency exchanges stay in the prevalent version. The current draft law will proceed to the "second of three readings in the Duma."

The bill on "Digital Financial Assets" was initially introduced in January this year by the Russian Ministry of Finance. In March, 2018, a team of deputies lead by Anatoly suggested a revamped version that brought "know your customer (KYC) regulations for customer identity verification" on digital currency exchanges, uttering present requirements in the U.S. A draft of the bill was ratified by the "State Duma in the first of three hearings in May, 2018."

Nevertheless, before the second hearing, a definition of crypto was deleted from the bill. Mining, therefore, was defined as the "release of tokens to allure investment in capital."

In September 2018, a "lobby team from the Russian Union of Industrialists and Entrepreneurs (RSPP)" began working on a different digital currency regulation bill. As per Elina Sidorenko, RSPP vice-president, the bill will divide cryptos into three groups and eliminate oxymorons in the state bill that she regards as "unfinished and fragmented."
Anatoly spoke to Coinidol at Finnopolis 2018, a FinTech event that occurred in Sochi last week. During the event, state officials debated digital currency and its purpose in the economy of the country.

Elvira Nabiullina, head of the Russian central bank, properly compared interest in digital currency to a "fever" which was "fortunately" over. The CEO of Sberbank, Russia's biggest bank, forecasted that governments won't abdicate centralized management of monetary policy and currencies to enable digital currencies to prosper within a decade.

Tags
Bill Digital currency Cryptocurrency Mining Law Tax Regulation
Most Popular
May 01, 2021 at 12:54
News
Russia is Going to Establish a Special Department for Exploring Artificial Intelligence
May 01, 2021 at 11:58
News
Dogecoin Price Pushes To The Upside; Can Bulls Breach The $0.45 Resistance Zone?
May 01, 2021 at 10:10
News
VersoView: Building Brands and Communities with Unique Blockchain Publish, Engage and Reward AI Solution
May 01, 2021 at 09:16
News
Polkadot Resumes Fresh Uptrend, Targets Resistance at $48
Apr 30, 2021 at 14:28
News
Ethereum Faces Rejection At $2,800, Consolidates Above $2,700 Support
More