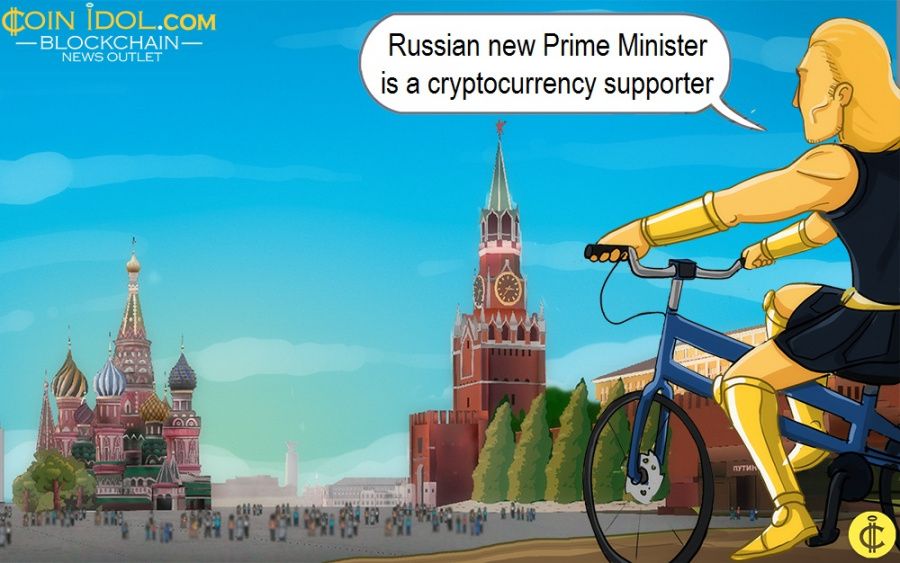 Recently Russians woke up to the news of a new prime minister following a number of events that saw the government resigning. The new PM, who served as the head of  Russian tax services Mikhail Mishustin has  supported cryptocurrency for quite some time. The prime ministers vowed to transform the modern blockchain powered state for the benefit of Russians.

During the speech, President Putin reported a change that would give more capacity to the Russian State Duma, the lower chamber of the Russian Federal Assembly. As indicated by the change, the state Duma would have more authority in this manner restricting the intensity of the Russian President after Vladimir Putin's term as president finishes in 2024.

Turning Russia into a Blockchain State

The newly delegated leader stated Russia would set out on a national movement to make a digitized economy dependent on blockchain and cryptocurrency. The executive repeated that the state ought to turn into a blockchain controlled stage for the advancement of Russian residents. Throughout the previous ten years, Mishustin has been the executive of the Federal Tax Service before his arrangement as PM.

The new prime minister revealed that his immediate tasks would be to introduce advanced information technology in the country’s financial system. Mr. Mishustin himself holds a PhD in economics and has a rich background in information technologies. This qualification makes the new PM seem fit for the very ambitious tasks he has stated.

During his role as director of the Russian tax body, Mishustin became supportive of cryptocurrency in several occasions. In a 2017 address he revealed that no one trusted paper money initially until it was backed up by physical gold. He also revealed that digital currencies should be regarded under financial instruments and as such as be taxed like any other financial instruments.

On the other hand, a new crypto centric political group has emerged in Russia, mainly from the large tech companies around the country. The aim of the group is to find lasting solutions to the various constraints affecting the cryptocurrency industry in Russia. Among the issues to group wants to tackle are digital rights, anonymity and user safety during crypto transactions.

The political group which named themselves, the Direct Democracy Party has not yet produced a tangible timeline for achieving its goals. But the group said they would have a blockchain based smartphone app which would host members to get involved in the party’s policies. However, for the party to participate in a real election, it must gain the approval of the Federal electoral commission and establish offices in at least 43 regions.