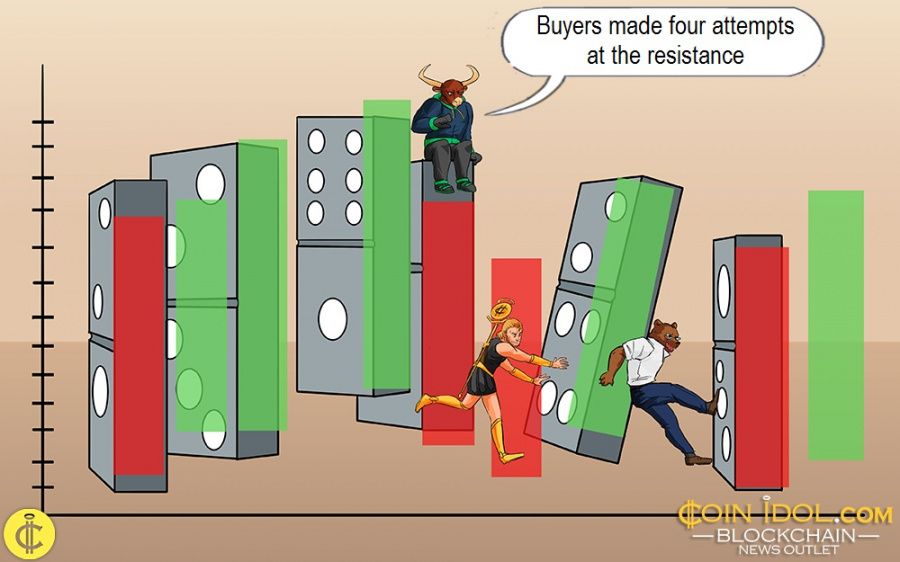 Ripple is range-bound below the $0.205 resistance after several attempts to break above it. Buyers made four attempts at the resistance without a breakout.

After a retest, the bears will push the price to $0.195 low. One possible consequence of the retest on the resistance is the weakening effect. Yesterday, XRP dropped to $0.197 low after a retest at the resistance.

There is the likely tendency for the bears to sink XRP beneath $0.195 low if buyers fail to break above the current resistance. Ripple is likely to rally above $0.22 if the bulls succeed in breaking the resistance. Then we expect the market to reach the $0.24 high on the bases of the current momentum.

Ripple is yet to break above the support line of the ascending channel due to stiff resistance from bears. Presently, XRP is above 50% range of the daily stochastic, signifying that the market has bullish momentum. 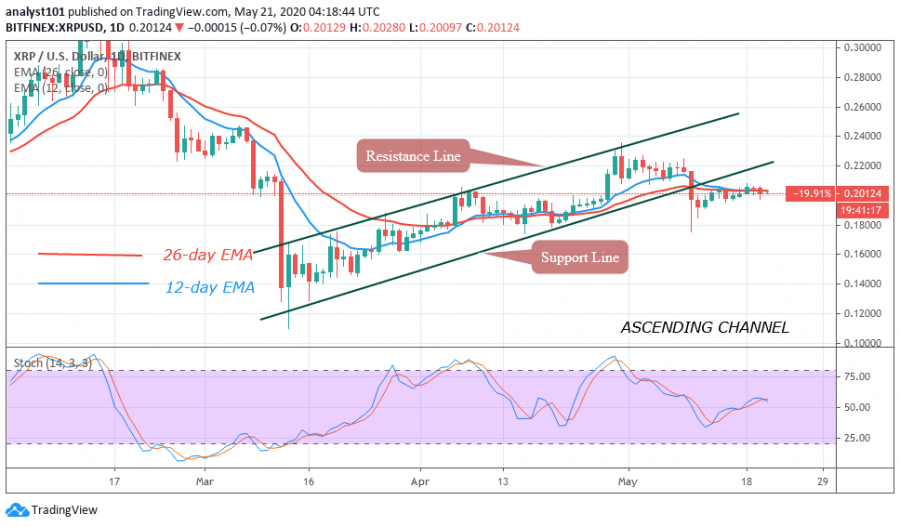 Since May 10, Ripple has dropped to a $0.175 low and subsequently moved up to a $0.205 high. However, a further upward move has been restricted below the current resistance. There is the possibility of an uptrend if the price rebounds or a breakout occurs below the resistance.