Ripple Resumes a Downtrend as It Retraces Above the Breakout Level of $0.41 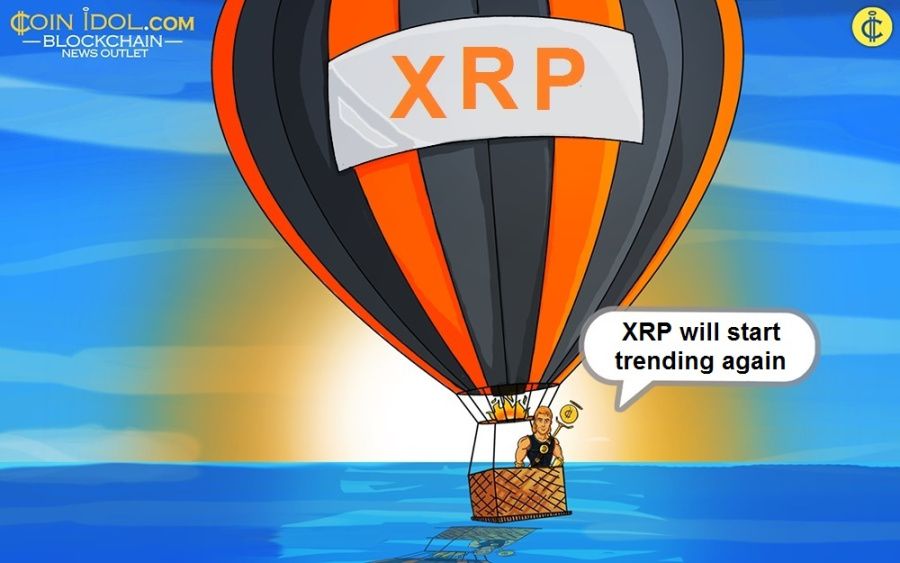 The altcoin will be forced to move between the moving averages. XRP will start trending again when the range boundaries are broken. For example, if the bears break the 50-day line SMA, XRP will drop to a low of $0.38. On the upside, the altcoin will regain the previous high of $0.55 if buyers push the altcoin above the 21-day line SMA. In the meantime, XRP is trading at $0.44 at the time of writing.

Ripple has retreated to the 44 level of the Relative Strength Index for the 14 period. This means that it is in a downtrend and could fall further. The altcoin might be back within a trading range as the price bars are between the moving average lines. After the recent decline, XRP is in a bullish momentum above the 40% area of the daily stochastic. However, the bullish momentum has remained stable. The bulls and bears are in a price battle above the $0.41 breakout level. 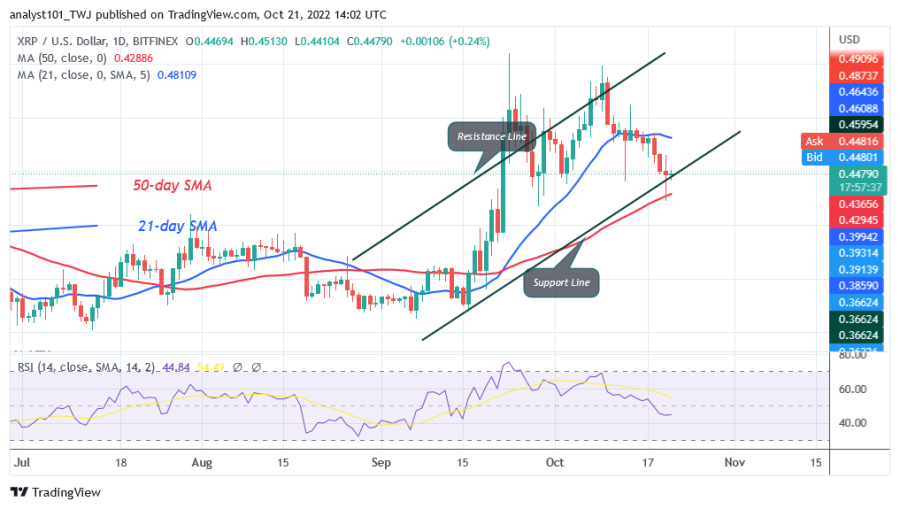 The cryptocurrency has been on a downtrend after a failed attempt to break through resistance at $0.55. On October 14, buyers pushed the altcoin to the high of $0.50. After the upward correction, the cryptocurrency value fell sharply. On the 4-hour chart, XRP fell to the low of $0.4225 and rebounded. The altcoin is now fluctuating above the support of $0.43. 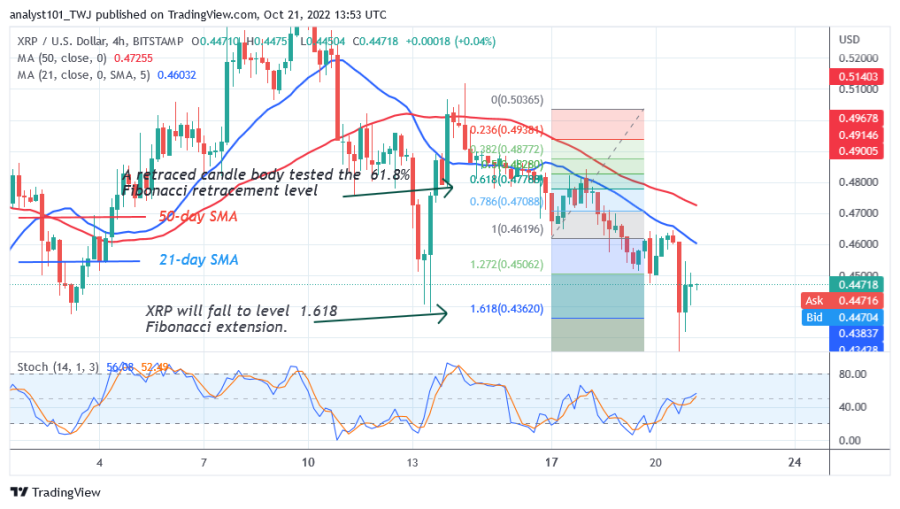