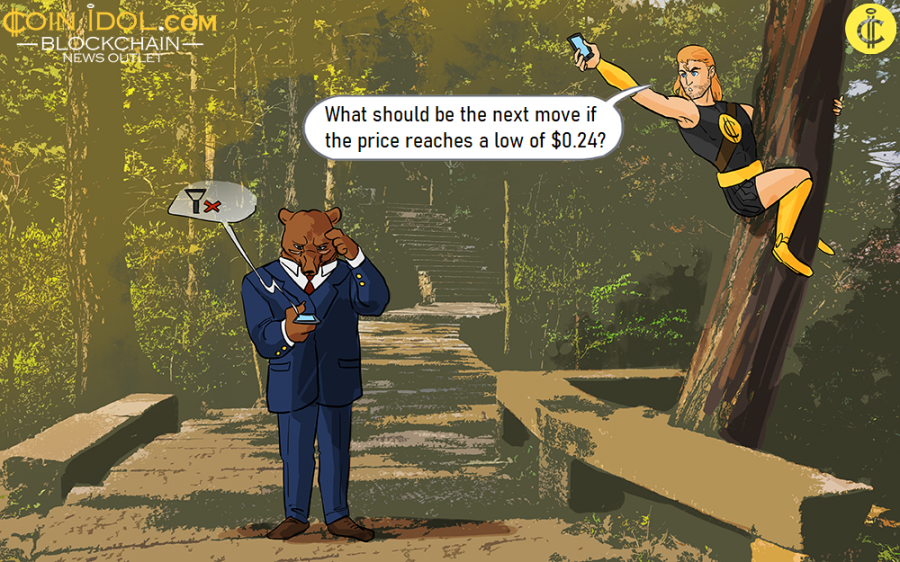 XRP is almost at the support level of $0.24 as earlier suggested in the previous analysis. What should be the next move if the price reaches a low of $0.24? The support at $0.24 is either going to hold or the support will crack. On one side of the coin, if the support holds, XRP is likely to commence a sideways move between the levels of $0.24 and $0.31.

On the other side of the coin, if the support cracks, the price will drop again to the low of $0.22 price level. However, the coin is facing resistance at $0.25 which was the previous low in October. If the bears overcome the level, the market will finally fall to a low of $0.22 or $0.24 price level.

In retrospect, the bears broke the support line of the first channel in July and XRP dropped to a low of $0.25. In September, the price corrected upward but was resisted and the market fell to a low of $0.22.

Whereas in November, the market repeated the same price action and broke the support line of the second channel. Is the market going to hold at $0.25 or reach the low at $0.22? Meanwhile, the XRP has reached the oversold region below 20 % of the stochastic indicator. It indicates that the price is in a strong bearish move. 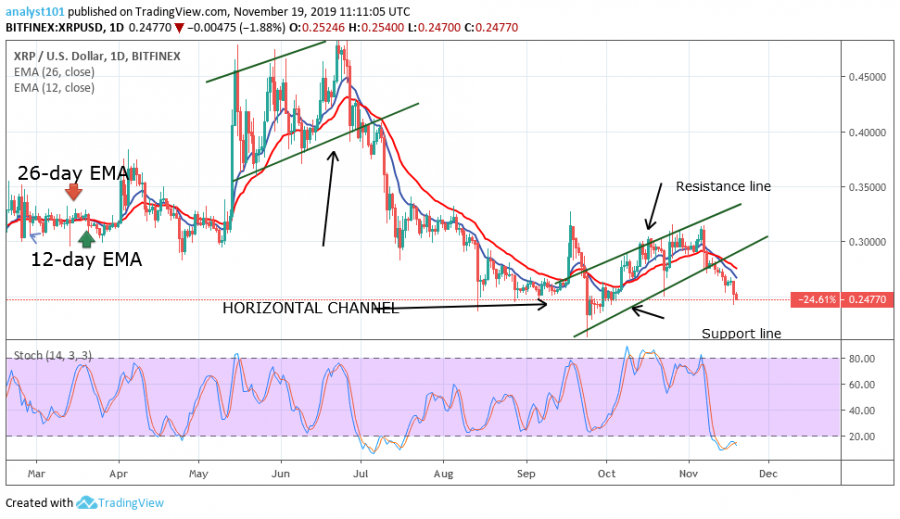 The price action may determine the direction of XRP. In August, the market reached a low of $0.25 and reversed. Similarly, the price tested the low of $0.22 and reversed in September. However, we are anticipating that the market may reach either $0.22 or $0.24 in November.