Ripple Fails to Hold Critical Support, Price May Fall Below $0.26 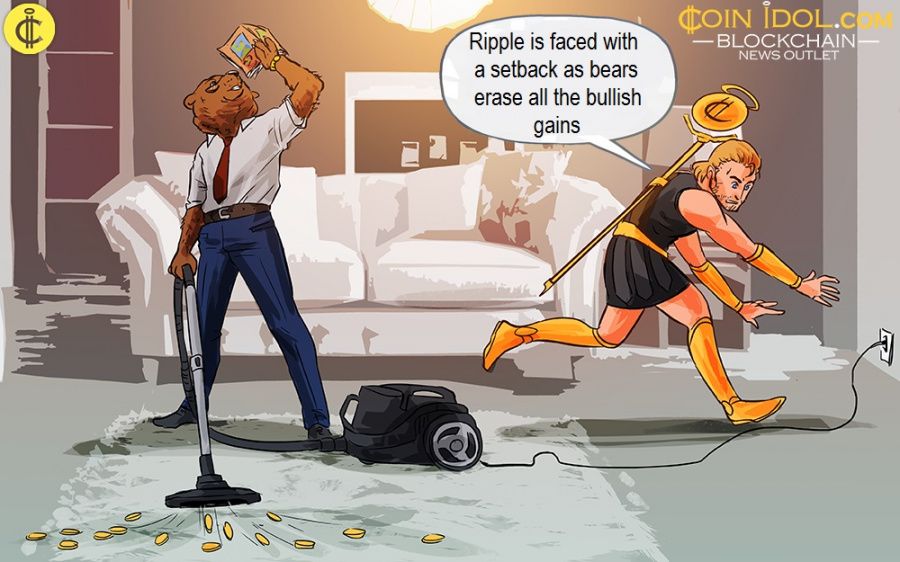 Ripple is faced with a setback as the bears erase all the bullish gains. The bulls had earlier moved up to a high of $0.34 after rebounding from the low of $0.28. Similarly, the bulls could have risen above $0.40, if they were successful above the resistance of $0.34.

Unfortunately, XRP has been repelled at the $0.34 resistance as the market fell to the low of $0.28. During the upward move, buyers breach the resistance at $0. 28 and rally above $0.34 price level.

Today, the price is below the support of $0.27. However, the support is likely to hold as the coin makes an upward move to retest the $0.34 resistance. In a situation where the bulls fail to break the next resistance, Ripple will be compelled to a sideways move. In the meantime, XRP is fluctuating between $0.27 and $0.28.

Ripple has gone down to its previous low and the stochastic has also fallen below the 50% range. The candlestick wicks are protruding and testing the 26-day EMA which is acting as a support. The indication of the long tail shows the market is testing a powerful demand zone. 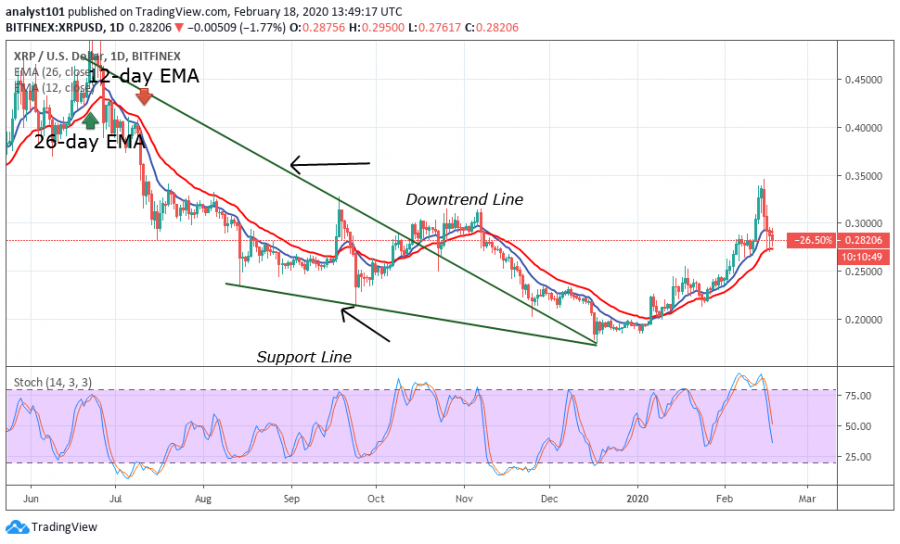 Ripple’s upward move has been temporarily suspended as bears broke critical support levels. Nonetheless, the price is approaching the $0.27 low and if it eventually breaks the 26-day EMA, the downtrend will resume. The coin may drop to a low of $0.26.