Ripple Is in a Stalemate as the Coin Battles $0.20 Supply Zone 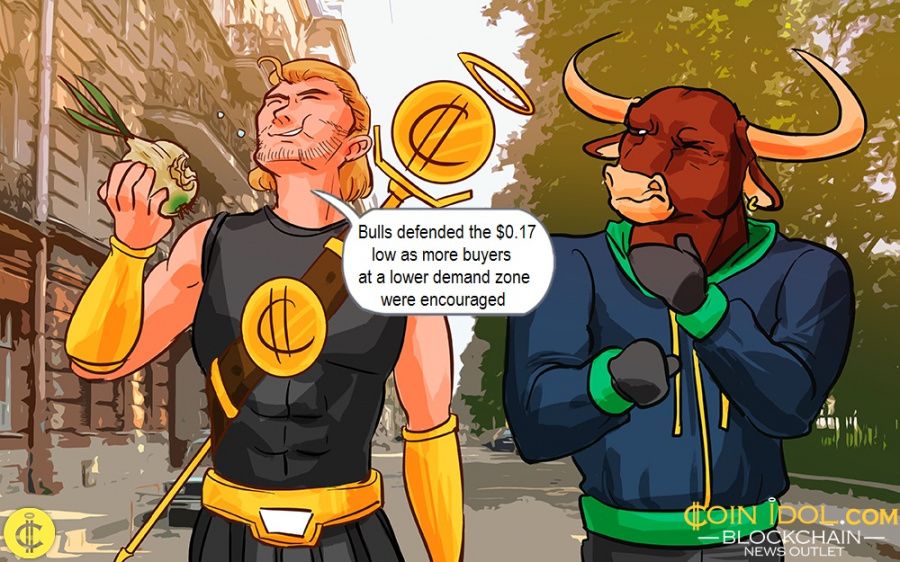 A week ago, XRP was in a bearish run as Ripple reached the $0.17600 low. Proficiently, the bulls defended the $0.17 low as more buyers at a lower demand zone were encouraged. The eventual rise was interrupted at $0.20 supply zone. The bulls were not able to break through the $0.20 price level.

However, following three unsuccessful attempts, Ripple is in a range-bound move between the $0.17 and $0.20. These are target levels where the market may likely breakout or break down. Ripple will obtain a new high the moment $0.20 is breached.  Equally, if the current high remains intact, then the market may revisit the $0.17 low. Meanwhile, Ripple is moving up after retracement.

The EMAs are slanting downward indicating that the market is falling. Incidentally, XRP will go up, if the EMAs are breached. Besides, XRP is expected to drop as per RSI period 14 level 35. 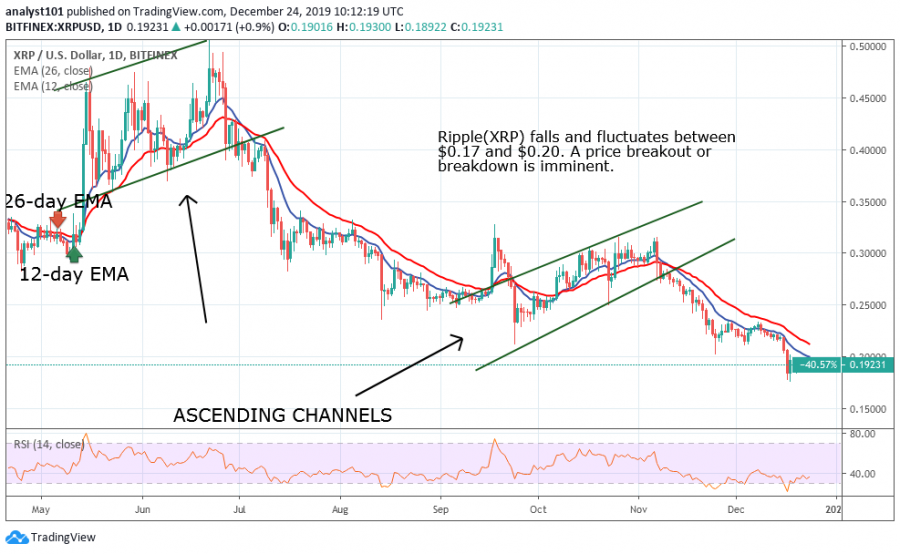 At the moment, XRP is trading between $0.17 and $0.20. The bulls were unable to break in the $0.20 price level as the market continues its range-bound movement. Ripple is expected to range for a few days before any eventual breakout.