3 Reasons Why Bitcoin May Soon Hit and Surpass $10,000 Price Level 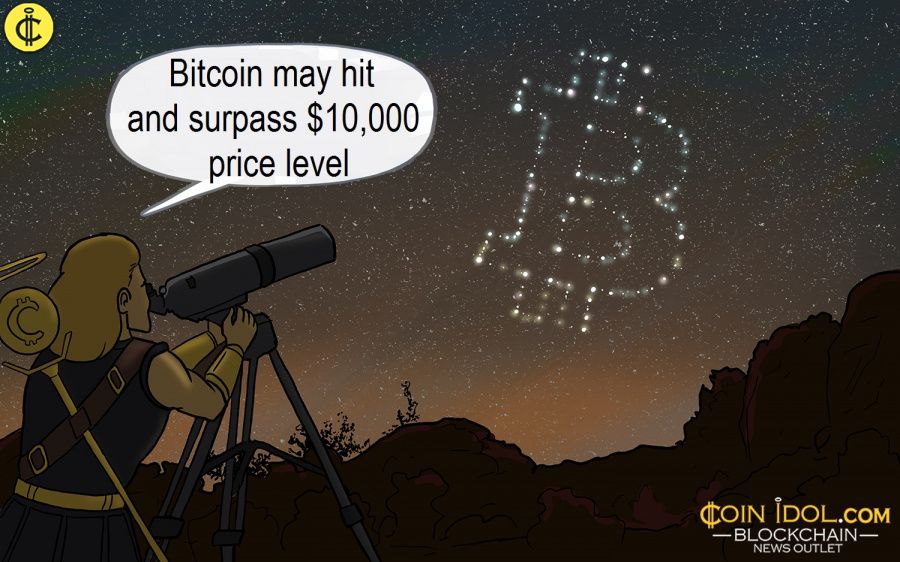 Since December last year, Bitcoin has unquestionably blown up higher and higher. As we talk now, the dominant altcoin is up by more than 35% since its bottom of $6,600 (Dec 17, 2019).

However, several analysts have come out to say that this amazing rally will push back Bitcoin to set a new record higher than that of December, 2017 when it traded for more than $20,000 (BTC crypto-bubble). One prominent cryptocurrency trader who is also a blockchain advocate, suggested 3 reasons why he believes that the price of Bitcoin is generally buoyant on a macro basis.

A good mate asked for my take on $BTC

The monthly chart says it all:

Until something changes I am Bullish on #Bitcoin and will do everything to get more. pic.twitter.com/XGWxLUpCJF

3 Possible Reasons Why Bitcoin is Very Strong & Could Highly Surge

Therefore, the combination of these factors proposes that Bitcoin may in the near future (a few months from now) hit and exceed the $10,000 price level.

Tags
Bitcoin Price Altcoin Cryptocurrency Volume Analytics Trading Support Satoshi Record
Most Popular
Oct 04, 2022 at 09:16
Price
Litecoin Breaks Through Resistance At $54 And Sets Its Sights On The High At $64
Oct 03, 2022 at 16:13
Price
Ethereum Approaches Oversold Region And Targets The Low At $1,098
Oct 03, 2022 at 15:05
Price
Chainlink Price Declines Significantly As It Faces Rejection
Oct 03, 2022 at 14:51
Price
Weekly Cryptocurrency Analysis: Altcoins Struggle With Downward Corrections As Cryptocurrencies Approach Lower Price Levels
Oct 03, 2022 at 12:42
Price
Bitcoin Is In A Tight Range: A Breakout Or Collapse Is Imminent
More