Top 10 Most Read Cryptocurrency Whitepapers of 2019, Bitcoin Tops the Chart 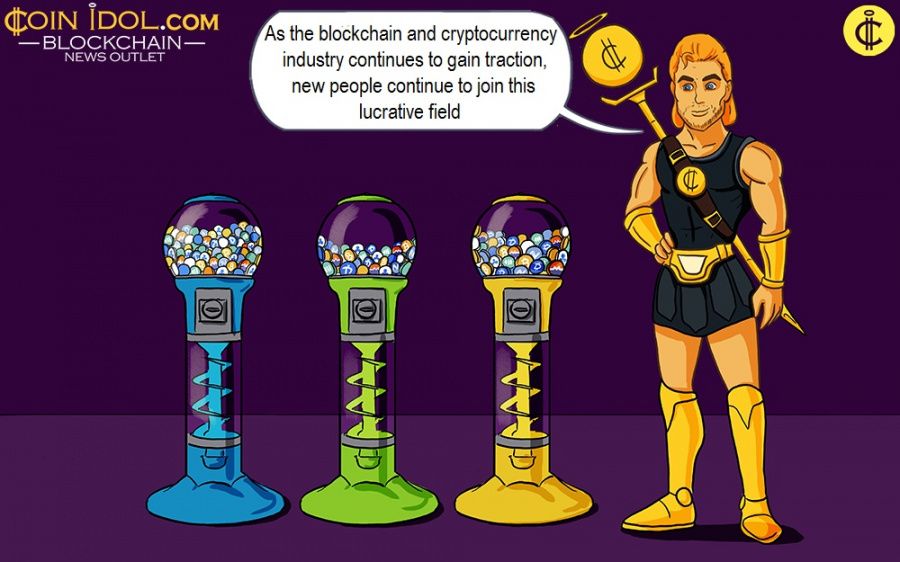 As the blockchain and cryptocurrency industry continues to gain traction, new people continue to join this lucrative field, but before entering into such businesses or activities, they first read the whitepapers of the cryptocurrencies they are interested in so that they fully understand how and what they are going to deal with (in) it.

A whitepaper is a respected report or guideline which updates readers succinctly about a multifaceted issue and gives the issuing organization's viewpoint on the substance. Therefore, it is created to assist readers comprehend and appreciate an issue, resolve a challenge, or come out with a proper decision. Here are the most read cryptocurrency whitepapers in 2019.

Bitcoin (BTC) is the world's top cryptocurrency by market cap, developed in January 2009. It follows the ideas drafted in a whitepaper by the unknown and pseudonymous designer called Satoshi Nakamoto, but his/her real identity has yet to be confirmed. The white paper was Published on October 31, 2008, with a title, 'Bitcoin: A Peer-to-Peer Electronic Cash System.”

Ripple is a real-time gross coin (payment system) developed by Ripple Labs Inc. and is the number three cryptocurrency in the globe by market cap. It was initially released in 2012, and the original authors of its white paper are Arthur Britto, Ryan Fugger and David Schwartz.

Ethereum Classic (ETC) is a future generation distributed ledger technology (DLT) platform for a new internet set-up unlocking large amount of money (trillions of USD) in unexploited fiscal surplus in the process. ETC and ETH have a value token known as "ether and can be easily transferred from one participant to another. Ethereum classic was initially released in July 30, 2015 (which is roughly 4 years back).

This is a distributed blockchain oracle system. The cryptocurrency (LINK) has made it easy for conduct smart contracts which link to applications from the real world. The token was created by Sergey Nazarov and Ellis Steve in 2017. It is ranked number 18 in the entire digital currency market.

This is an open-source protocol which also offers smart contract facilities as well as liquidity to allow the P2P exchange of cryptocurrencies on the ETH DLT. The cryptocurrency is ranked 41st in the entire crypto-market.

Binance Coin (BNB) is one of the most popular digital currencies in the world belonging to the Binance platform. It is actually ranked 9th in the market. As of last year, a large number of businesses across the globe allow BNB as a means of payment. The coin was founded in 2017 by Yi He and Changpeng Zhao.

The coin is pegged to the U.S. dollar, making it a stablecoin. TrueUSD is managed by the TrustToken. The coin was founded in 2018 and is ranked as number 42 in the crypto-market.

This is a project by the U.S. online social networking service provider and technology company. The cryptocurrency is expected to be fully rolled out in the first quarter of 2020, and it is believed that it will be a major threat to Bitcoin, the original digital currency.

E2C is a cryptocurrency that enables users to trade electricity in a manner that is economical and also aims at creating a sustainable, free and safe environment (future). Generally, the token targets at bringing the development of lifelong energy solutions.

BTT is a digital currency which operates on the ETH blockchain platform. The coin was created in 2018, and it is currently in the 619th position out of 5,063 cryptocurrencies (at the time of writing).

There are fairly a few amazements in there, but that might arise out of the reason that we have some exceptional whitepapers that you cannot definitely find anywhere else.

Cryptocurrencies such as Bitcoin (BTC), Ethereum (ETH), Ripple (XRP) and Binance (BNB) have been here for a couple of good years, but still people go back and visit their whitepapers to understand, research and discover new information surrounding these giant tokens.

Furthermore, Binance white paper is the original 1.1 form of the whitepaper, that says that coins will be branded based on gains or dividends, but this is no longer the case. There are other giants that are trying to enter the  digital currency industry. For instance, Facebook is launching its own cryptocurrency known as Libra into the market, and it is expected that its whitepaper will be among the most read. Chainlink (LINK), Ethereum Classic and 0x have also proved to be bullish and famous enough and the entire digital currency community await to see how they will perform next in this competitive market

Also, True USD, Electronic Energy Coin and Blocktrade, have also massively gained in the interest in 2019, and this has made the investors and other participants in the digital currency sector to research about them.